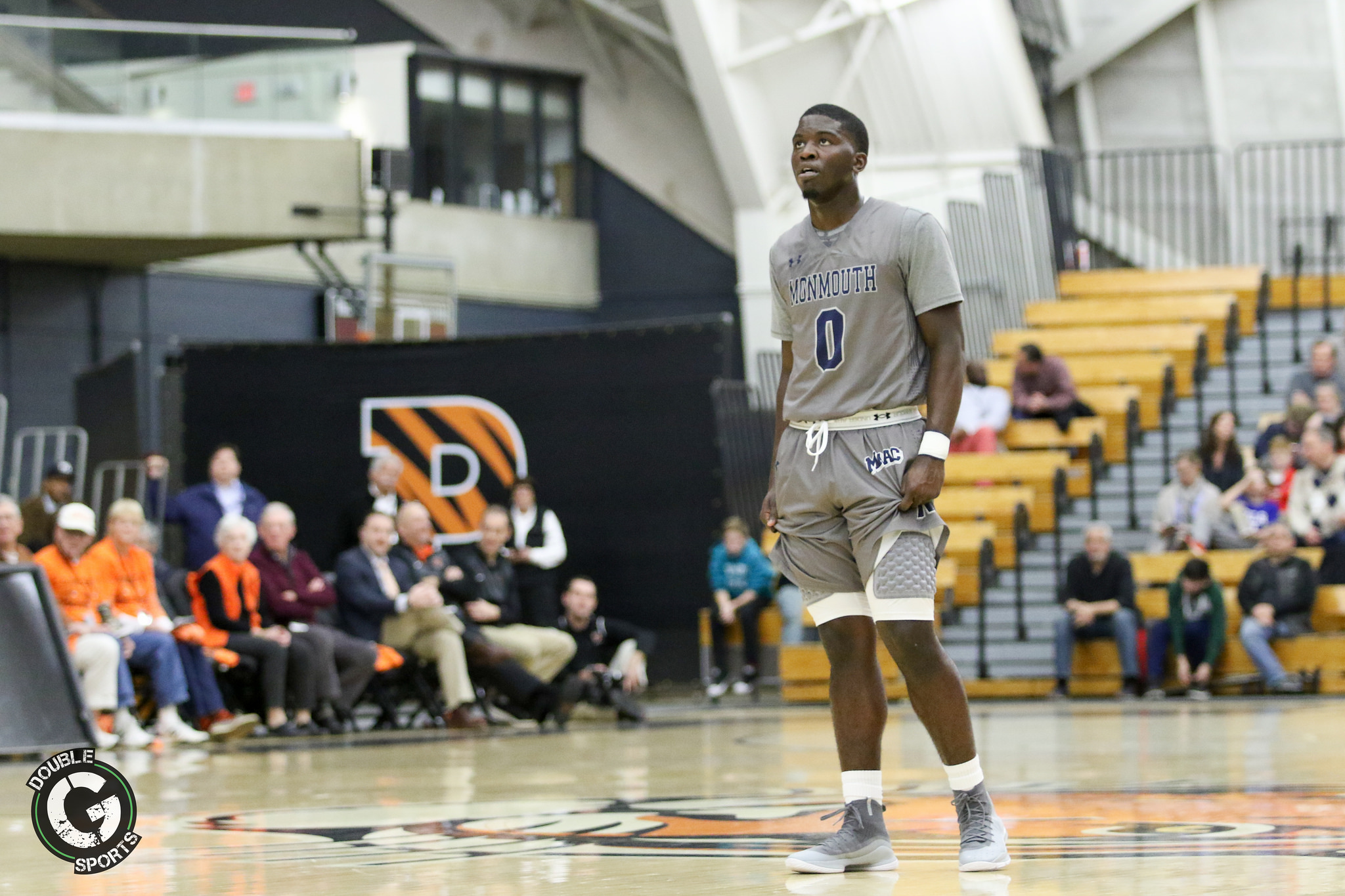 The Monmouth Hawks squared off against the Saint Peter’s Peacocks on Thursday in the OceanFirst Bank Center. The highly anticipated matchup drew a great crowd, as game attendance was about 1,700. The Hawks were led by freshman Ray Salnave, who dropped a game-high and career best 21 points. He finished 3-7 from the field, as well as an impressive 12-14 from the free throw line. Ray has now scored 10+ points in seven of his nine games, and averages 9.9 points per game on the season. Salnave’s defensive was superb as well, finishing with 3 steals.

The game opened up relatively evenly, and the first half featured five tied scores and several lead changes. Despite this, the Hawks broke the game open with the help of Louie Pillari, who finished with 17 points on an efficient 6-8 shooting clip from the floor. By halftime, Monmouth had jumped out to a 41-27 lead. This can be accredited to the their fantastic first half shooting. The team landed six of eleven three-point attempts, and managed a 59.1% field goal percentage.

In the second half, the Hawks started strong and landed several three-pointers. Their lead had gone up to 17, and it seemed as if the game was over. The Peacocks had  been shooting abysmally, and finished the game just 18.5% from beyond the arc. Their defense stayed strong though, and they managed to limit the Hawks to similar numbers in the final half. The Hawks shot 7-21 in the half, but luckily had some success from beyond the arc (4-8).  Monmouth’s lead increased to 17 several times, and they were able to fend off several Peacock attacks. These attacks were lead by Nick Griffin, who finished with a team-high 15 points. Samuel Idowu contributed too, with 13 points and a team-high 7 rebounds.

Saint Peter’s lost this simply because of their poor shooting percentages. They only had 13 turnovers (to Monmouth’s 14), and managed to get 8 steals. Monmouth had less blocks and played similar defense, except Saint Peter’s just could not put a shot in the hoop. They even struggled from the stripe, missing eight free throws in total. The final score finished 73 to 57, with Monmouth coming out on top to improve to nine wins on the season. The Peacocks remain in 10th place, with a despairing 5-21 record.

Monmouth looks to keep up this momentum as they play Canisius this Friday, which will be live on the ESPN3 network. Saint Peter’s will next play the Marist Red Foxes, a necessary victory if they want to have a chance at a Metro Atlantic Athletic Conference playoff run.