Rebecca Allen’s Return to Liberty a Source of “Pride”

There was a plethora of stories and symbolisms to go around this past Friday night on “Pride Night.” Tina Charles collecting awards for on and off the court contributions, followed by her putting on a mask-erfull double-double performance in leading the New York Liberty (10-4) to a 80-79 thriller of a win over the Chicago Sky.

We had same-sex couples given away in marriage in the Liberty locker room and winning prizes and even a cover band “Lez” Zeppelin rocking old Led Zeppelin hits. A tribute to Orlando victims were printed on T-Shirts and worn by both teams pre-game

The elite performances of Elena Della Donne, who scorched the Liberty for 31 points and a returning Cappie Pondexter, who put down 20 of her own were among the great sights that a very emotionally driven 10,120 fans at Madison Square Garden enjoyed. 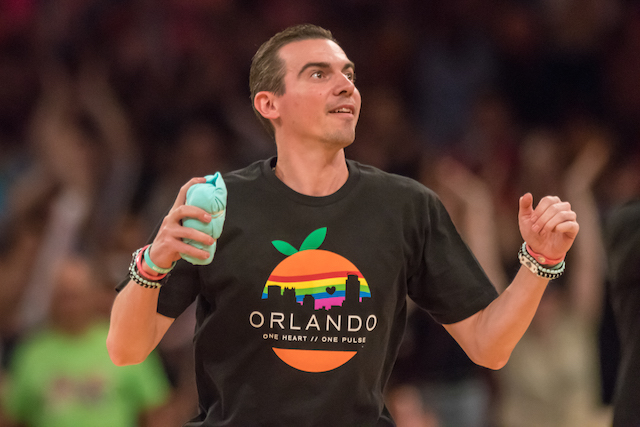 But lost in the shuffle of it all, supporting cast member, Rebecca Allen, made a memorable return. Long before the Liberty ignited the WNBA with their best season record, they were collecting players that were versatile but were defensively among the best in their respective areas of play like Rebecca who was named the WNBL Defensive Player of the Year in 2014 for the Melbourne Boomers in Australia.

She was brought in as a free agent and impressed immediately and was set to be a major piece of a possible championship puzzle. But she suffered a season ending knee injury that put her out of commission for six months. “It does take time to get back into the game, to get your rhythm again, and get in that,” Allen explained.

When the season began she was not on the roster but a window of opportunity appeared when New York’s Lindsay Harding was released and Allen was brought back and she showed quickly why defense comes natural to her. Her long arms and swiftness of foot brings an extra dimension to the defense. She showed no signs of trouble from the knee. “You got to take it slow to come back from a pretty serious injury,” Rebecca pointed out.

But Rebecca brought something new to the table, Allen showed off a slick lefty shooting touch hitting 3 of 4 shots, two of them three-point daggers, for eight points and two rebounds in twelve minutes that helped open up the game when she was on the court. She even added a nifty assist to Tina Charles, impressive in that she has not had much court time.

“It’s good to sort of get that connection with your teammates,” Allen admitted. “I’m really happy where I’m at now.”