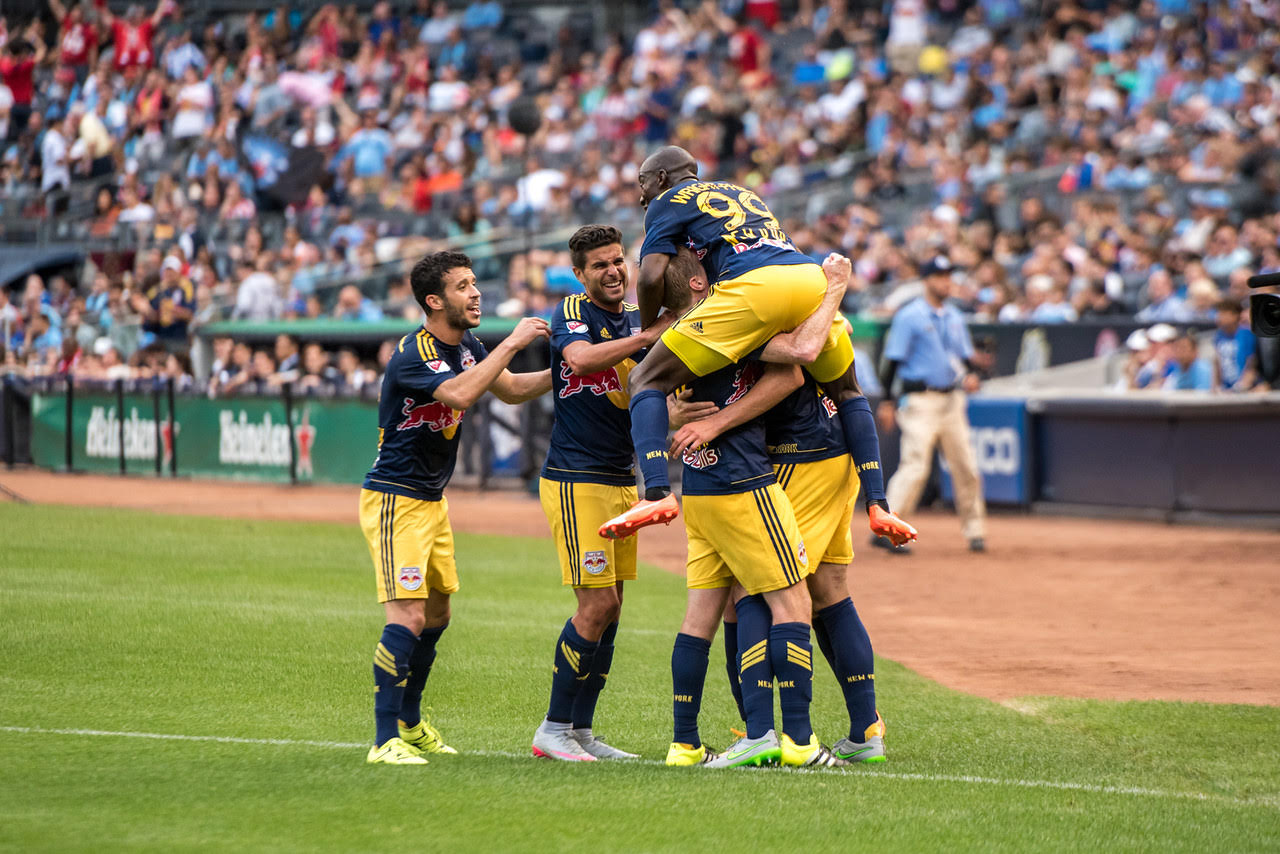 The Red Bulls, dubbing the final home game of the year as “Supporters Day,” will honor their fans Sunday afternoon before kickoff.  However, the perfect way for them to truly honor their fans would be by giving them the gift of first place overall in the eastern conference.

A win Sunday against the Philadelphia Union would secure the Red Bulls their second top finish in the East standings in the last three years and give the fans something to both cheer about and to relieve some stress.

The Red Bulls may have already clinched a playoff spot but now that they’re this close to the top they need to secure it once and for all. They had a chance to wrap it up against Toronto on Wednesday night but fell just short, losing 2-1. However despite the loss they still remain five points ahead of Toronto with just two matches (six overall points) remaining for both sides.

This would be the right way to honor the fans that showed so much passion this season for the team. From the shock and awe that came from the managerial switch to the raucous crowds that showed up to cheer the Red Bulls on in three victories over NYCFC it’s been an emotional roller coaster for these fans who finally deserve to sit back and take a deep breath.

The ultimate way to repay the fans is by giving them the chance to have the most amount of home matches available during the post-season and a possible MLS Cup Final hosting experience. If the Red Bulls can win the East and then secure the Supporters Shield then all roads would run through Red Bull Arena.

And let’s be honest, if there’s one fan base in MLS who deserves it then it’s those who cheer on the Red Bulls. They’ve been so close so many times that it must feel like it will never happen.

Yes, having a pre game ceremony is a nice way to honor your fans, but winning is truly the only way to give back to them in a way they will never forget.