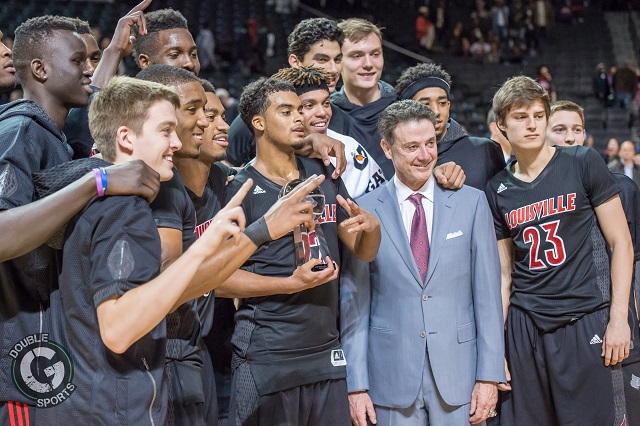 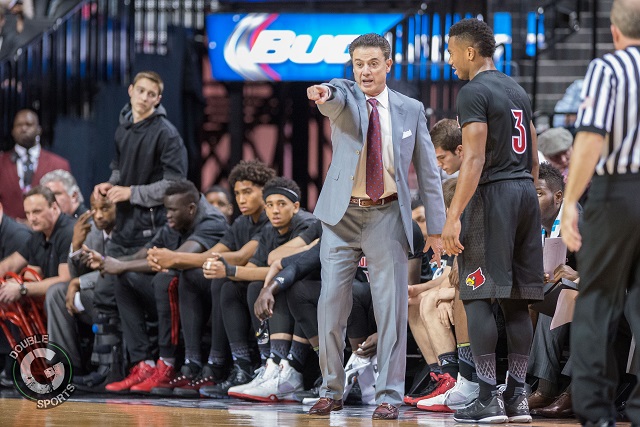 Two undefeated teams met on Saturday night in the Brooklyn Hoops Holiday Invitational at the Barclays Center. The St. Louis Billikens and Louisville Cardinals were both 4-0 and looking to remain undefeated as the exempt tournament season is drawing to a close. This portion of the season is especially important for Louisville as they are facing turmoil in regards to a reported sex scandal involving basketball players, coaches and administrators.

In the end, Louisville used a 47-point second half to hand Saint Louis their first loss of the year 77-57 in the finale of the Brooklyn Hoops Holiday Invitational. The Cardinals were led by Trey Lewis who led all scorers with 22 points as Louisville held a 22 rebound edge on Saint Louis. The Billikens (4-1) were led by Mike Crawford who scored 20 points.

The first half featured hot shooting from Saint Louis as Crawford went 3-for-3 from three-point range as the Billikens jumped to an early lead on the Cardinals. While Louisville was playing their patented Rick Pitino pressure defense, Saint Louis exploited Louisville’s use of the matchup zone with good outside shooting. The major reason Louisville stayed in the game early despite hot Saint Louis shooting was their rebounding as the Cardinals held a 23-6 rebounding edge. With that, Louisville held a 30-27 lead at halftime with Crawford ending the half with 11 points for the Billikens.

“The one thing about Saint Louis which is very difficult is you don’t see what they do much anymore,” said Louisville coach Rick Pitino. “I haven’t seen it really since Bob Knight.”

The second half began with sloppy play for both teams as scoring was at a premium with the defense ratcheting up for both the Cardinals and Billikens. The early stages of the 2nd half saw Saint Louis continue to exploit the zone defense Louisville continued to play. For Louisville (5-0), their size advantage inside was their biggest asset, continuing in the rebounding department. It also helped that Saint Louis began turning the ball over as they lost four consecutive possessions while Louisville stretched their lead to 51-38 midway through the 2nd half. 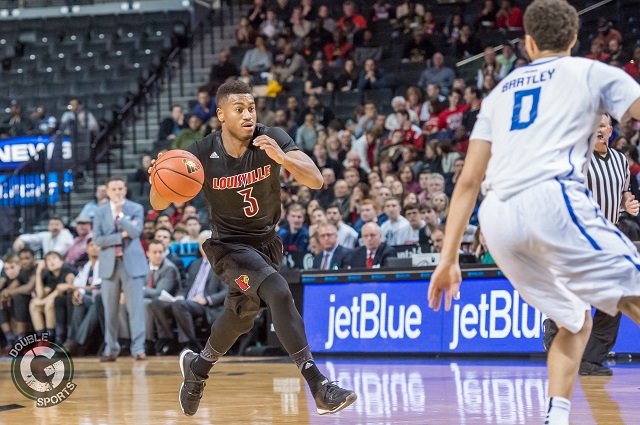 The deeper the game went into the second half Louisville began dominating the game as Lewis and 6’10” junior Mangok Mathing went to work for the Cardinals. Saint Louis also had no answers for Louisville on the defensive end as Louisville went more man-to-man early in the second half and throughout the tail end of the game as the game started to get out of hand in the last six minutes.

“Louisville switches their defense and we got caught up in their switching when we should not be getting caught up in that,” said Saint Louis coach Jim Crews. “When we started being stagnant because they would switch or play a little zone, then it became problematic for us.”

Mathing finished with 17 points along with 13 rebounds for Louisville who shot 70 percent from the field in the second half while forcing 12 Billiken turnovers.

Both teams played in the first-ever Brooklyn Hoops Holiday Invitational which featured three other teams (Hartford, St. Francis Brooklyn and North Florida) in the round robin event. The event capped off three straight days of basketball at the Barclays Center as the NIT Tip-Off and the Barclays Center Classic all were played in Brooklyn in the last 72 hours.

For Louisville they play their first true road game on Wednesday when they travel to Michigan State as part of the ACC/Big Ten Challenge. The Cardinals proceed to go through a stretch of six straight home games before their showdown with John Calipari and the Kentucky Wildcats the day after Christmas. Saint Louis goes on their own six-game home stand which begins on Wednesday against Morehead State.