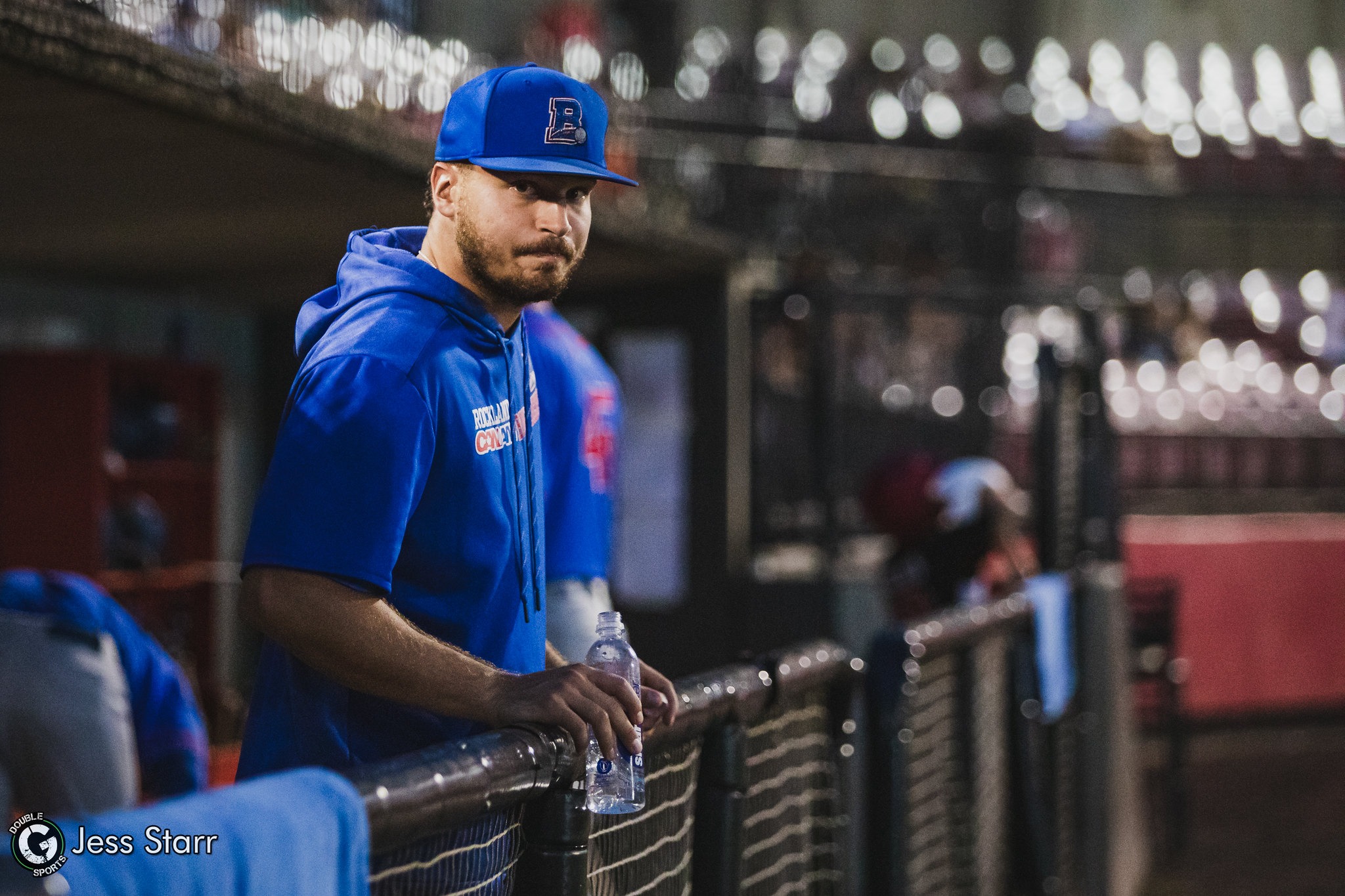 A few of days have passed since the Rockland Boulders 2019 season ended in a Game 4 loss to the Sussex County Miners in the Can-Am League Playoff Semifinals at Skylands Stadium in Augusta, New Jersey. Despite a second consecutive year exiting in the semifinals and finishing with below .500 regular season record of 43-50, the Boulders managed to make it six consecutive seasons of reaching the postseason.

During the month of August, Rockland lost some major pieces in the infield with third baseman John Brontsema sustaining a season ending injury on a collision with Nate Coronado of the Miners, Ryne Birk went out with an oblique injury that shelved him for the last two weeks of the season and playoffs and shortstop Katsuya Senoo headed back to Japan.

Birk on his first season in a Rockland Boulders uniform, “It was a pretty crazy year for our team. A lot of ups and downs and that’s how baseball goes but a little more this season than I have been part of so it was really cool how we stayed the course and ended up playing well down the stretch and making some good runs to get into the playoffs even though it didn’t end the way we would have liked.”

“It was one of the most fun of group of guys that I ever played with and it was always a good time in the clubhouse no matter how the season was going on the field. And personally I feel good about my season, I grew as a player on and off the field. I learned a lot especially from the mental aspect of the game. It was tough at the end of the year not being able to play and watching from the dugout but I feel I learned a lot about the game as well. Overall it was a pretty cool experience this year.”

Blake Grant-Parks on his teammates, “By far probably one of the best group of guys I have ever played for. From on the field and off the field to the clubhouse.”

Rockland tied up the series with an 11-3 romp at Palisades Credit Union Park, pounding out with 15 hits and Marcos Almonte leading the hitting attack driving in four runs. Starting pitching Jake Zokan registered the win tossing six innings allowing three runs on seven hits, walking one and fanning five. A rain out on Friday forced Games 3 and 4 to be played on Saturday and Sunday.

Facing off against the defending champs and back-to-back regular season champions seemed like a tall order at the beginning of the series against Sussex County but the Boulders kept in close in the three losses. However, there proved to be no answer in containing five players that ended up the difference makers in the series. Centerfield Breland Almadova 8 for 21 with one run drive in and five runs scored including make two highlight reel catches in Game 4 off the bats of Blake Grant-Parks and Grant Heyman. Audy Ciriaco 6 for 18 with two home runs, six RBI and four runs scored. Mikey Reynolds 8 for 14 with two runs driven in and four runs scored. Trey hair 5 for 15 with two RBI and five runs scored. Jarred Mederos on fire especially in the last two games ended up 9 for 16 with one run driven in and seven RBI.

Clutch two out hitting, playing small ball by laying down sacrifice bunts and swiping 18 bases played a pivotal role in the Miners advancing to their second straight championship series. Furthermore, solid starting pitching from Frank Duncan, Andrew Gist and a former Boulder in David Palladino who tossed a gem in the clinching game hurling seven innings, yielding one unearned run on just two hits, walking one and whiffing seven.

Manager Kevin Baez on the series against the Miners, “You bring in your guys that have battled all year and keep it there and offense comes around and just didn’t happen. It’s frustrating and disappointing because the guys battled back at the end and proud of them for that. A bitter moment at the end of the season when you are not on top and never a good feeling. We knew what they were about, going to run and bunt and what they did. They put pressure on you when they get on the bases and are going with two out hits and deflating for a pitcher and team. Sometimes you have to tip your cap to them and never like to but that’s what it takes to win.”

“Defensively their centerfielder robbed us on five RBI. Big plays and moments like that is why they are going on and why we’re going home. We say never die and keep battling to the end and talked about that in the dugout. Again at the end of the night we didn’t get it done. The injury bug hit us but other guys stepped up and proud of the way they stayed the course.”

“We kept pulling for one another and got into the playoffs, to lose those guys and you tell me guys will step up and play well in Fecteau, Almonte and Mora. I said to the guys no one is going to feel sorry and take it easy on you. The momentum was on our side. You don’t know what’s going to happen, not to get back out there and get after it and play the game definitely was not on our side but you can’t do anything about Mother Nature.”

Back in July, Palisades Credit Union Park and the Boulders hosted the 2019 All-Star Game between the Can-Am League and Frontier League. Six Rockland players were named to the All-Star team in Ryne Birk, John Brontsema, Adam Ehrlich, Grant Heyman, Nick Kennedy and Robbie Gordon. A late replacement to the Home Run Derby, Heyman ended up winning the contest in the final round blasting 11 home runs.

Five players hit over .300 with Blake-Grant Parks finishing second in hitting  at .327 and named to the Can-Am League Postseason All-Star Team as the designated hitter. Fecteau ended up tied for the home run lead with Alfredo Marte of the New Jersey Jackals with 16. Nick Kennedy broke his own league record for relief appearance from last season of 53 appearing in 59 games this year.

“Anytime you have the All-Star Game at home you want to have as many guys as possible representing,” Baez said. “We’re proud of the way the guys represented us the way they did and Rockland Boulders.”

Baez on his first year managing in Rockland, “Coming from the Long Island Ducks where I managed for many years I heard a lot of good things about Rockland. The organization, stadium, fans and kind of jumped at it and great experience for me. Dealing with more inconsistency and younger talent and that’s okay and more rewarding. In the Atlantic League there are veteran type of guys and expect to know what to do. Here it’s more coaching and teaching on the field.”

“You have to walk through the stands here to get to the clubhouse but you get to interact with the fans a little bit more and intimate in that regard. I enjoyed coming to the ballpark and clubhouse every day, a great environment and fans support was outstanding. A first class organization from top to bottom and starts with Shawn Reilly and front office that made it happen and made me feel welcome when I got there and never stopped throughout the season. I’m very happy to be part of the Boulders organization and family.”