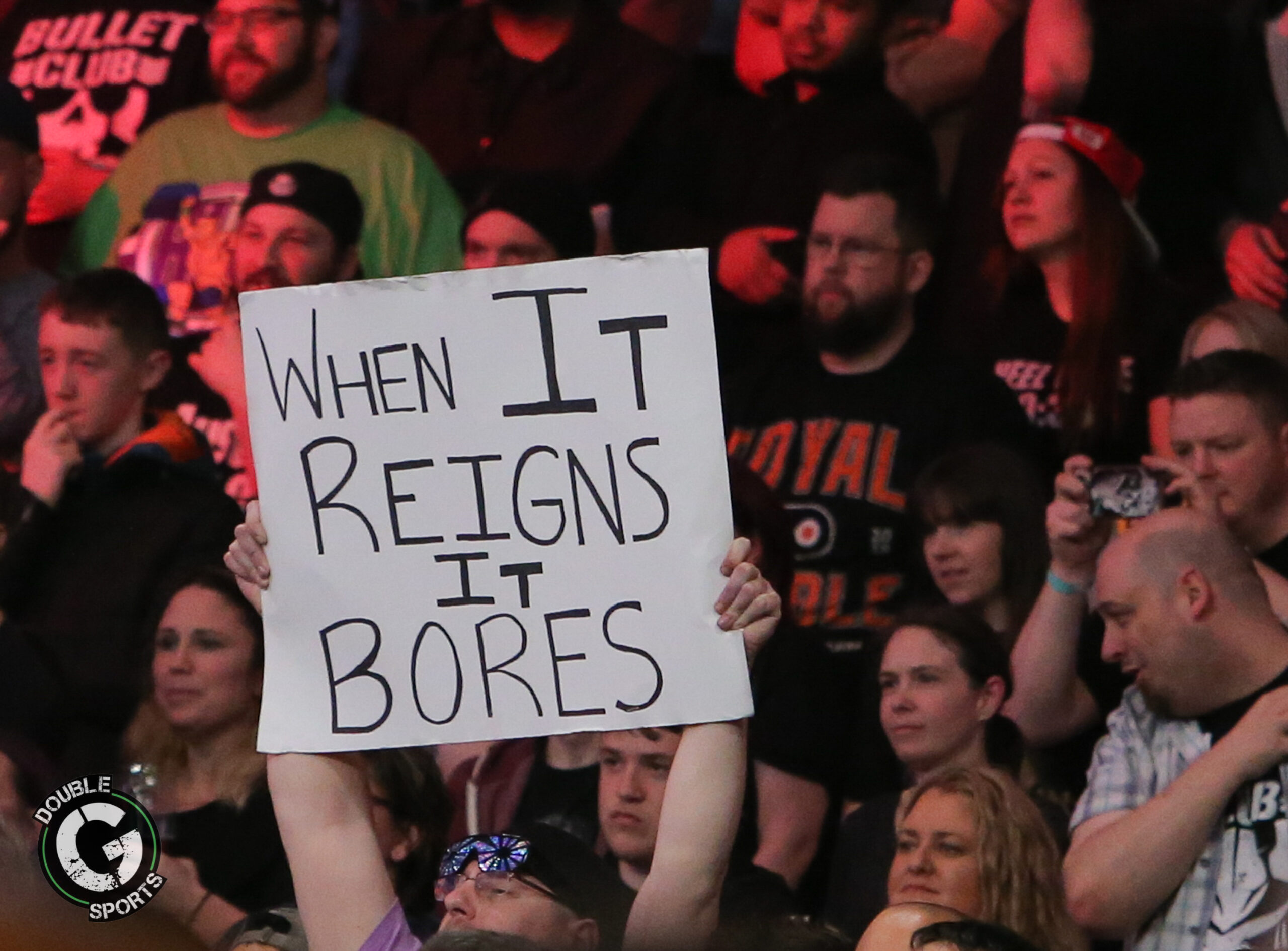 To the surprise of many, WWE fans witnessed the return of Roman Reigns at the end of Bray Wyatt’s Universal Championship victory against Braun Strowman during SummerSlam 2020.

The 35-year-old professional wrestler’s unexpected appearance came after a self-imposed hiatus from the WWE ring due to health concerns regarding the COVID-19 pandemic. Reigns, born Leati Joseph Anoa’i, relinquished the Universal Championship title in 2018 after telling the world that he had been battling leukemia for 11 years. At the time, the disease returned, forcing Reigns to give up the title and take a leave of absence from the WWE.

Roman tweeted a picture of his WWE return at SummerSlam, which shows him wearing a black t-shirt with the words “Wreck Everyone & Leave” while holding Wyatt’s Universal Championship title among a crowd of virtual onlookers. In the caption he wrote, “You’ll never see it coming. #SummerSlam.”

On the day after SummerSlam, Orton posted an Instagram picture of a smiling Reigns next to photo of an open-mouthed horse bearing its teeth.”You heard it folks…straight from the horses mouth,” he wrote in the caption. Orton also shared another picture on Instagram that depicted shiny-toothed pooch Brian Griffin from the animated series Family Guy, with the caption, “Was really nice seeing #thebigdogromanreigns is back @romanreigns.”

In response, Roman Reigns wrote to Randy in an Instagram post of his own, “@randyorton If I was you…I’d be talking about me too, cause nobody’s talking about you.#GetYourNumbersUp.”

The next WWE pay-per-view event, Payback, airs on August 30.