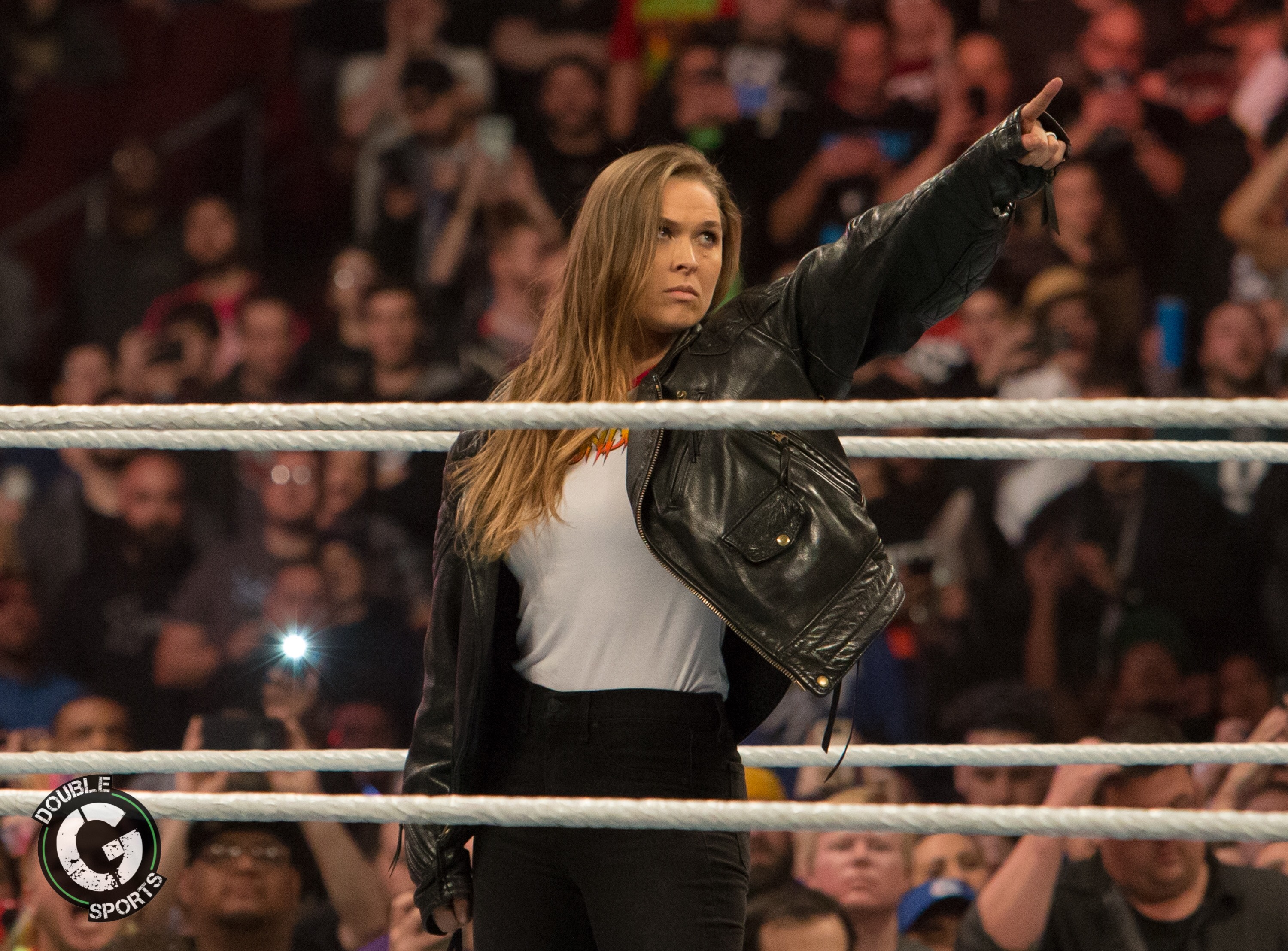 After dominating the world of MMA, Ronda Rousey has decided to test out the sport she loved since she was young, pro wrestling

WWE created history at the 2018 Royal Rumble PPV. When all is said and done, the women had a platform to prove they belong, and they shined bright. While the wrestling was great, it wasn’t the only impact made by the women. Ronda Rousey, a true pioneer for women in the sports world, made her intentions known after the historic Women’s Royal Rumble match won by Asuka. With “Bad Reputation” blaring inside the Wells Fargo Center in Philadelphia, Pennsylvania, Rousey confirmed the rumors that have been going around for months, as did WWE. The baddest woman in MMA is now a pro wrestler.

According to an interview Ronda did with ESPN’s Ramona Shelburne, she has signed a full-time contract with WWE. While the dates she will be working aren’t available at the moment along with much else, what we do know is that Ronda’s lifelong dream has come true. There will be no hiding from the wrestling life, according to Ronda. She’s in it for the long run.

“This is my life now. First priority on my timeline for the next several years. This is not a smash-and-grab; this is not a publicity stunt, When I first met with Triple H, I told him, ‘There are other things I can do with my time that’ll make way more money, but I won’t enjoy nearly as much.’”

Ronda Rousey (12-2) first burst onto the combat sports scene as an Olympic judo competitor. After dominating in Strikeforce, Rousey brought her 6-0 record to the UFC. Once there, she cleaned house of the bantamweight division. When she went to the UFC, she was promoted as the undisputed UFC Women’s Bantamweight Champion. Her six title defenses with the UFC were the stuff of legend, as she did anything she could (KO, submission) to take out her opponents with ease. Her last three title defenses ended in less than a minute, and that was just in the first round. She was on top of the world, getting endorsement deals and movie roles.

Rousey then lost back to back fights to Holly Holm and Amanda Nunes, the latter fight she was not prepared for whatsoever. Rousey took two extended breaks from fighting to focus on herself. It wouldn’t be surprising if she was training for wrestling during the second break. It is a sport after all that she holds near and dear to her heart. She got her “Rowdy” nickname from “Rowdy” Roddy Piper, a name in which Hot Rod endorsed her with. At the Royal Rumble, she walked down the ramp with a jacket that was Piper’s, given to her by his son. She pointed at the WrestleMania sign, and stared down Rumble winner Asuka and the two champions in the ring, Charlotte Flair and Alexa Bliss. She even had another moment with Stephanie McMahon.

If Ronda Rousey were to get an automatic title opportunity, it would most likely be against Charlotte. The SmackDown Women’s Champion has been very vocal about an opportunity to fight Ronda. Two fighters who represent each sports’ version of the Four Horsewomen battling it out would be a true WrestleMania moment. The one thing to keep an eye on is Ronda’s in-ring skills. Her friend Shayna Baszler is currently in WWE’s NXT system, utilizing her MMA background to her advantage. Will Ronda be able to do the same, or will she built up as a Goldberg/Brock Lesnar-type of athlete first?

You can tell Ronda is loving her new life, especially how her old life seemingly ended. While she technically is not done with MMA, her future there does look bleak. Ronda can be happy knowing she is moving on and looking to be a true dominant force again, this time in pro wrestling.

Who’s excited for Rousey to rumble inside the squared circle?