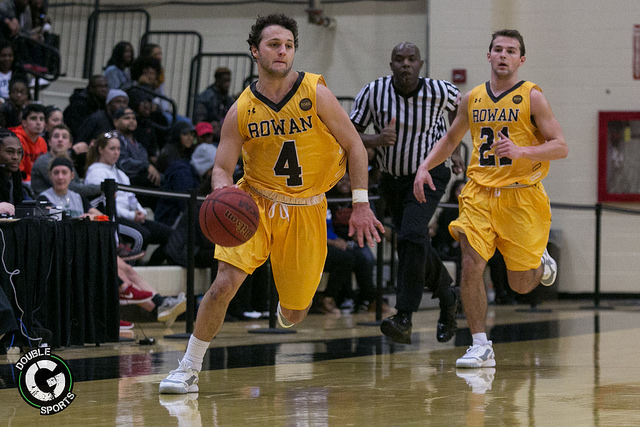 The Profs found themselves trailing by one point entering the second half. They outscored the Pioneers 32-13 to build a 64-46 advantage by the end of the third quarter. Kriley scored 12 of her 24 points in the third.

After dropping the two regular season meetings, the Rowan men got some revenge against Montclair State in the NJAC Tournament first round on Saturday.

It was a close content for much of the game and the teams went into halftime with the score 34-31 in favor of Rowan.

Rowan used a 10-3 run to go up eight with just over seven and a half minutes remaining. From that point on, the Profs remained in control of the game.

Montclair State was led by senior Brandon Channer who contributed a double-double with 20 points and 15 rebounds.

In the end, Rowan advanced with the 81-69 victory. The Profs (17-9) now move on to play top seed Ramapo College in the semi-finals on Tuesday, Feb. 21 at 7pm. Montclair State finishes the season with a 13-13 record.