Anthony Ashnault and Casey Murphy were named College Male and Female Athletes of the Year, respectively.

As a redshirt freshman, Ashnault went 29-8, including 7-2 in the Big Ten. He earned All-American honors. Ashnault fell short at NCAA Nationals after suffering a serious hamstring injury that forced him to forfeit his final match and drop to eighth place. He was the first freshman in program history to become an All-American.

Rutgers wrestling was one of the first teams at the school to show they could compete in the Big Ten. They ended the season ranked No. 21 in the nation. The Scarlet Knights earned a pair of ranked wins,  against then-No. 19 Oklahoma and at then-No. 25 Northwestern. The Rutgers wrestling team was voted the College Men’s Team of the Year, edging our Penn Football. 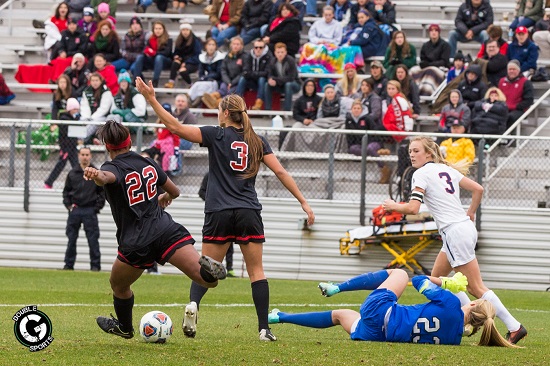 Rutgers women’s soccer team made a historic run to the program’s first ever appearance in the College Cup. Rutgers went 19-4-3 overall and was able to reach program records in wins (19), shutouts (19), home wins (13), and fewest goals allowed (10). It was a season to remember. The team was voted the 2015 Double G Sports Award for College Women’s Team of the Year.

The team was led by goaltender Casey Murphy. The sophomore was named a  National Soccer Coaches Association of America (NSCAA) All-American along with teammate Erica Skroski. She played every minute of every match for the Scarlet Knights and was named Big Ten Goalkeeper of the Year.

C. Vivian Stringer led the Rutgers Women’s Basketball team to the NCAA Tournament in 2015 where they advanced to the second round. Rutgers’ Syessence Davis collected Big Ten Defensive Player of the Year honors and Betnijah Laney earned an Associated Press All-America honorable mention. The Scarlet Knights finished the 2014-15 campaign ranked No. 23 in the ESPN/USA Today Coaches Poll.

Stringer was voted the College Coach of the Year.