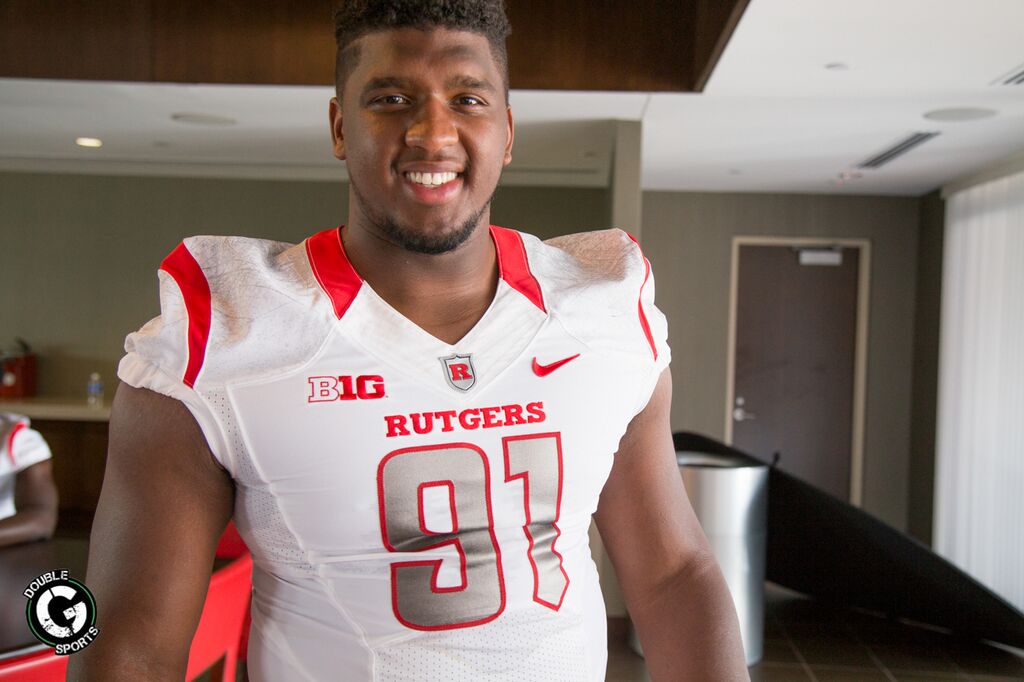 Rutgers’ Darius Hamilton To Sit Out Rest Of Season

Dealing with a lower body injury, senior defensive tackle Darius Hamilton will miss the remainder of the season according to a statement released before kickoff on Saturday against Kansas. 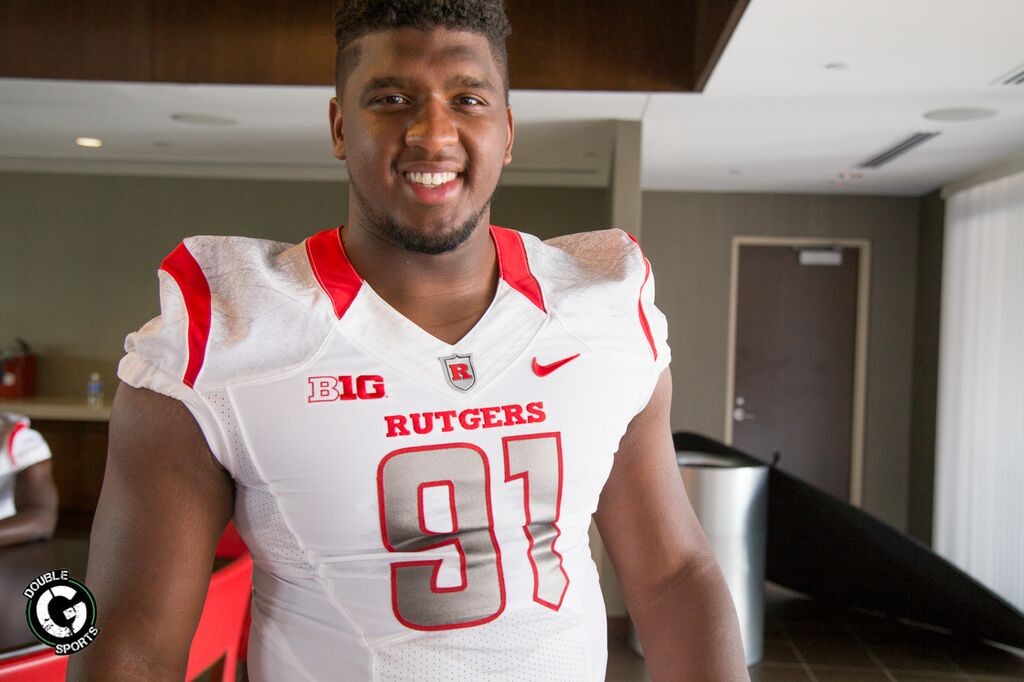 The two-year captain, played in limited action last week against Penn State, but said afterwards, “I was probably out there before I should have been out there, but that’s on me. I wanted to be a part of that. I’m just trying to get healthy.”

Players can apply for a waiver to allow them to medical redshirt if they suffer a season-ending injury and haven’t used a redshirt year. Hamilton plans to apply for one as he only saw time one game this fall playing 15 snaps.

There is always a possibility that Hamilton, who is on track to get to his degree this spring, can use his final year of eligibility elsewhere as a graduate transfer. Or he can apply for the NFL Draft, but Hamilton doesn’t think so.

“Whatever happens at the end, I don’t make that decision, obviously,” Hamilton said. “Like I said, I hope to be back here playing for my coach, Coach Flood. That’s the only guy I want to play for. Playing for (defensive line) Coach (Jim) Panagos, the only guy I want to play for, one of the best defensive line coaches you’ll find in the country. All the other things are just noise, I’m tuning those out. We have a great group of guys and I’m really excited for the rest of the season.

“I think all doors are open at this point. I’m praying for the best. Like I said, I want to be back here, but whatever happens happens.”

Interim head coach Norries Wilson was asked about Hamilton’s decision to sit out the rest of the year, and Wilson knew it was a difficult choice for the Don Bosco Prep product.

“You know, Darius came in early,” Wilson said postgame after his team’s 27-14 victory over the Jayhawks. “He’s always been out spoken and he’s always had the ability to lead. I’m sure — I haven’t spoken with him on it personally, but I’m sure that it just tears at him. He’s always wanted to be out front. He’s always a guy at the top — going into practice, each player and have a great day. I’m sure it rips his heart. But having him on the sideline today cheering the guys on defense and offense was also fantastic. I’m happy that he’s still around.”

In the absence of the disruptive force who has 110 total tackles in 39 games, 24.5 tackles for loss and 10.5 sacks, others like graduate transfer middle linebacker Kaiwan Lewis who registered five tackles including one for loss and two quarterback hurries against Kansas this past Saturday.

“Darius has always been a big help,”  said Lewis who also had an interception, his third of his career and first at Rutgers. “Even when he’s not there, he’s still leading. He may not be able to put the pads on, but he’s still the leader of this team and definitely the leader of the defense. I’ll do my best to step up and be a leader. We’ve got a lot of guys that can lead, but Darius is still our number one guy when it comes to leading this team and the defense.”

Hamilton also spoke out after the game about the negative attention from the media, saying despite the arrests, dismissals, and suspensions surrounding the program the past few weeks.

“It’s really hard to sit back and read everything that’s been coming through the media about our team, the direction of our team, the character of the group of guys we have on this team and it’s really starting to get to me, it’s really starting to bother me,” Hamilton said to a slew of reporters. “I know the kind of players we have around here, I know the kind of people I’m surrounded by on a day-to-day basis, I know the kind of people I would lay down my life for. They’re great people. People are taking the decisions of a select few and trying to make it out that this team is full of monsters, and that’s not the case. People are grown enough to make their own decisions and obviously, there’s repercussions for everyone’s actions.

“That has nothing to do with the guys that I go out there with, that I play with. They’re great people, they do things the right away, and it’s just rough to see. I know what kind of program this is, I know what kind of people we have here and hopefully, I get to be back out here with them.”