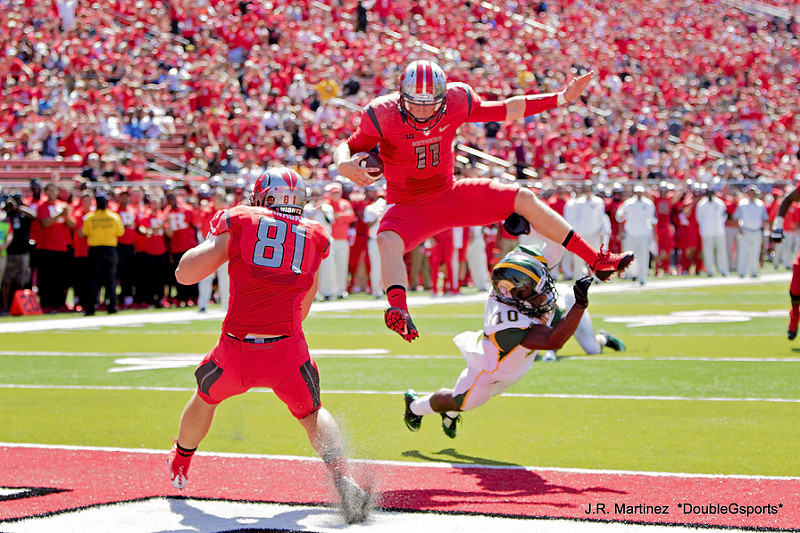 Spring practice for Rutgers football began last Thursday, and the fundamentals of the new power-spread offense is being installed.

The quarterbacks on the roster were recruited for the former pro-style scheme the Scarlet Knights ran for the last decade and more. However, some speculate that redshirt juniors Chris Laviano and Hayden Rettig, along with redshirt sophomore Giovanni Rescigno are better suited for a shotgun dominant spread offense rather than being under center.

Laviano has the mobility to move around and spent time taking snaps out of the shotgun formation in high school in Long Island. Laviano started 11 of 12 games last season, and despite up-and-down performances, ex-head coach Kyle Flood refused to bench him. However, with a new coaching staff and playbook, there is an open competition and a clean slate for all the quarterbacks on the roster. 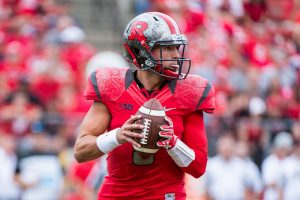 “We told them, ‘This is an open competition,’ ” offensive coordinator Drew Mehringer said after Saturday’s practice. “I told everybody from Laviano, the starter this past year, and then you look at Gio and Hayden all the way down to Jack Clements, the walk-on, ‘Let’s go. If you didn’t come here to compete, this isn’t the right place for you.’ So it’s definitely open.” 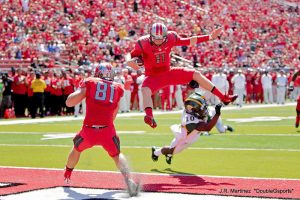 Rettig has a cannon for an arm, and he said after practice on Saturday he’s used to being out of shotgun more than under center like he was last season. Rettig didn’t run a run-first spread in high school in California, but more of a Washington State air-raid which Rutgers fans are familiar with.

Rescigno came on late in the 2014 recruiting class, and might actually be the most comfortable in the new scheme. The Michigan native was more of a duel-threat signal caller in high school, totaling 669 rushing yards and four scores on the ground. 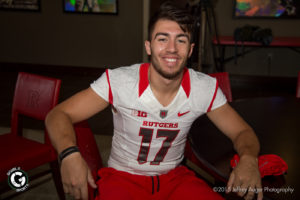 While a starter could be named after spring practice, competition won’t end before the season and will be on-going through the 2016 campaign.

“We look at, not only completion percentage and assignment-wise how has he been, but I think it’s also what does the off the field stuff look like for him because that’s going to tell us a lot about his leadership, his dedication and things like that,” Mehringer said. “We’re going to measure their entire lives and when that decision process comes up, obviously Coach Ash is going to have the final say on that deal being the head guy.

“I think if one guy clearly rises above all the others, certainly there could be (a starter) named. Am I saying there’s going to one named? No, not right now. We’ll see. I don’t know what their progression is going to look like just yet.”

Mehringer also talked about all three main quarterbacks in the battle and gave his first thoughts after two practices.

Laviano: “Laviano obviously has game experience that some of those guys haven’t, so you can tell he feels a little bit more comfortable right now on the field. I think that’s just an experience issue, that he’s had game experience.”

Rescigno: “Gio has some things that we have to work out mechanically, but he’s got a lot of speed and things like that. There’s some things that he can really help us with. He’s got to clean up a few mechanical issues out there and some of just the mental mishaps. I think he’ll be all right though.”

With that being said, who do you think will be the starter come opening day? Will Laviano thrive in this offense, cut down on his mistakes, and reclaim the starting job? Will Rettig use the fire of not being able to play much last year and finally realize his potential and start? Or will Rescigno prove to be the dark horse and come in, grasp the playbook, and play well?

In addition, redshirt freshman Mike Dare is still on the roster. So is Troy Anthony and Clements. Incoming duel-threat freshman Tylin Odin arrives in the summer.

Vote in the poll below on who you think will be the starter on September 3 for their opening matchup against a tough defense at Washington. Chime in the comment section and tell us who and why you chose who you selected.