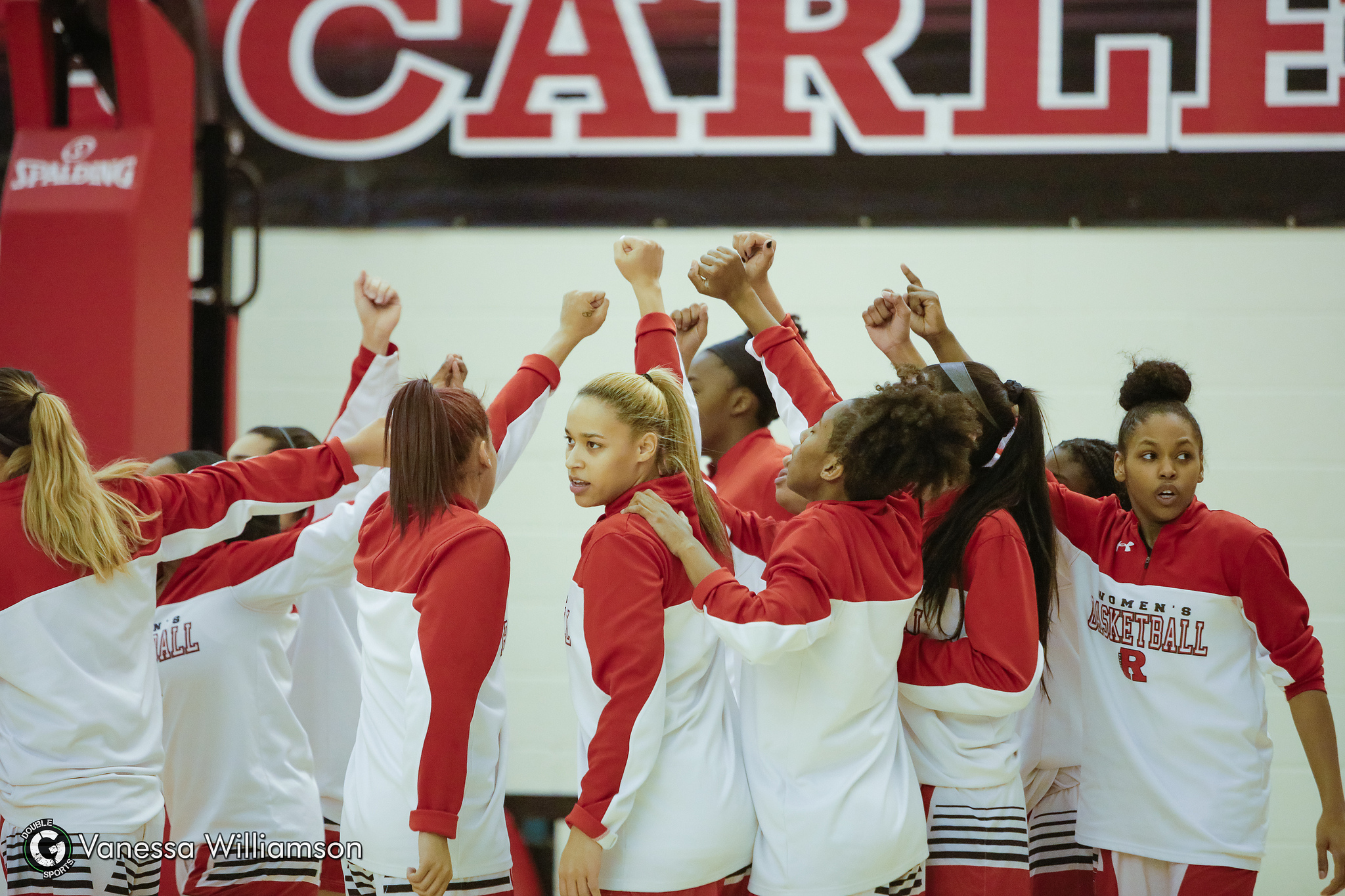 Over the past week and half, the Rutgers-Newark  Scarlet Raiders women’s basketball were on a magical run, upsetting top-seeded TCNJ in the semifinals, winning their first NJAC Tournament Championship with a win against Kean at the Golden Dome and clinching an NCAA Tournament spot.

On Friday night, the Scarlet Raiders faced off against SUNY New Paltz in the first round of the NCAA Division III Tournament on the Hawks gym floor. A rough start early on as New Paltz raced out to a 13-0 advantage after the first quarter. The Hawks brought plenty of size with eight players 5’8 or taller that made it tough to get clean looks at the basket and drive inside the paint.

Despite falling into a large hole, Rutgers-Newark displayed a lot of tenacity in the second quarter in getting outscored just 15 to 10 to make it a 28-10 margin at halftime.

Head Coach Ashley Cieplicki on the first half, “In the first quarter we came out a little timid, SUNY New Paltz is a great team and definitely were going to make a run and we knew that. We didn’t do some things in the first quarter with some missed free throws and shots. We were a team that wasn’t blown out all year and chipping away a little bit so we did that throughout the game.”

In the second half, the Scarlet Raiders continued to play hard and aggressive defense but the Hawks size and speed took over as the lead grew to 45-19 at the end of the third quarter and eventual 65-36 win. New Paltz dominated the points in the paint 34-18 and bench points 25-11 while limiting the Scarlet-Raiders to 24 percent shooting from the perimeter. Dorian Capurso led Rutgers-Newark (16-13) in scoring with eight points while Faith Ashby, Hannah Ashby and Jasmin Erichsen each chipped in with six points apiece. Marion Dietz led the Hawks in scoring with 20 while Rachel Simon added 12.

Despite the season ending on a down note, Cieplicki harped on the positives that occurred with the team this season. “Definitely a great experience and lesson and how we took it. We definitely knew that we could compete in our league this even if no one thought that. Our group believed, losing Faith (Ashby) is detrimental but we do have the majority of the girls back and add to that with new freshman and getting a little taste of what it’s like to compete at that level was a great thing for us.”

“We start two freshman and other freshman play as well and awesome for them to experience this. Many people do not get to do that ever in four years and don’t know how much that means. They think it’s fun but for the seniors a different story and will talk about that in the upcoming months.”

“It was just magical, no one believed in us and used that all year and believed in each other. It’s not often you enjoy every single one of your players and hard thing to do. Saddest thing about this we don’t get to be together on Monday to practice. I have such a great group and staff, we just want to hang out and be around each other.”

“Been to the NCAA Tournament as an assistant coach with Holy Family, doesn’t happen to a lot of people and I took it for everything it’s worth and my family was there. Almost half of them came to the NJAC Championship Game and been so exciting. It’s hard to put into words and something that might not ever happen again. I just give credit to the girls on the team and how we got here. We never won an NJAC Tournament Championship in men or women’s basketball so it’s something exciting and hope it shows everybody else in promoting women’s sports, continues to grow and make a name for ourselves.”