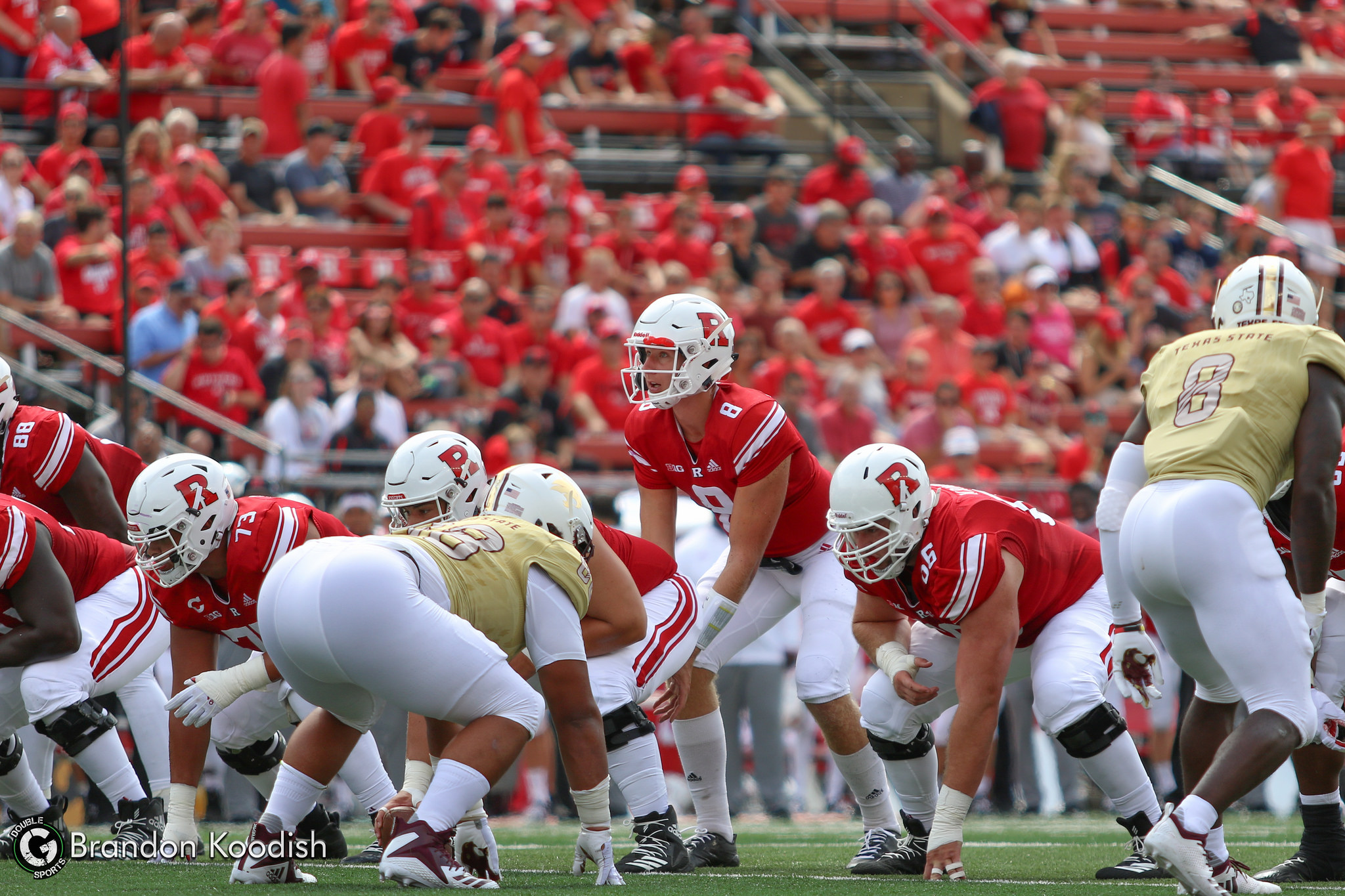 As September finally arrives, the smell of football is in the air.  The Rutgers Scarlet Knights did something they haven’t done in a few years. The Scarlet Knights weren’t perfect, but they won comfortably, a 35-7 victory over Texas State, on a day they started a true freshman quarterback. They’ve got a long way to go, but are 1-0 for the first time since 2015, and for head coach Chris Ash, that’s reason to celebrate for a day.

By the end of the first half, Blackshear had 19 touches between his carries and his receptions — more than he had in the final five games of last season combined. He ended the game with 22 touches, a perfect number in head coach Chris Ash’s opinion.

“I think it’s a great number, to be honest with you,” he said. “22 touches, that’s a good amount for one individual, especially playing running back and wide receiver like we had him doing today. We got to get the ball in more guys’ hands.”

Rutgers’  freshman quarterback Art Sitkowski debuted well and showed some flashes of potential greatness. The Old Bridge native hit six of his first seven passes, went 13-for-17 in the first half, and finished his debut going 20-for-29 for 205 yards and a touchdown pass, but also three interceptions.

“I think Art did a really good job for a true freshman playing quarterback in his first game,” said Ash. “It’s been a while since he played in a game. Some of the things we were concerned about, how is he going to handle contact, he did that. How is he going to handle negative plays. He did that. Not all the negative plays were his doing. There were some things that other guys on offense needed to do and didn’t.”

The Defense Showed Up And Showed Out

The defense looked strong and were +7 on the day, scoring that late touchdown and pitching a shutout on their side of the ball. They held Texas State to 161 total yards, 11 first downs and forced three turnovers. The Bobcats also committed 15 penalties for 119 yards. Texas State’s final numbers: 31 carries for 69 yards. Rutgers had a whopping 11 tackles for loss in this game, with defensive end Elorm Lumor looking like the most impressive player on the field during most of the game.

The defense also let some potential takeaways get away from it – something it needs to find more success with this season – but it did capitalize with a defensive score late on a bad Texas State snap. The crowd was a non factor all game. The fans didn’t come out as strong and engaging as last year’s season opener but that didn’t distracted the Scarlet Knight from taking care of business.

What’s Next For The Scarlet Knights?

The Scarlet Knights will open Big Ten play early, hitting the road to take on the Ohio State Buckeyes in Columbus next Saturday (3:30 p.m. ET, BTN). Despite missing head coach Urban Meyer, who is in the midst of his three-game suspension to open the year, Ohio State rolled to a massive lead over Oregon State at home on Saturday.