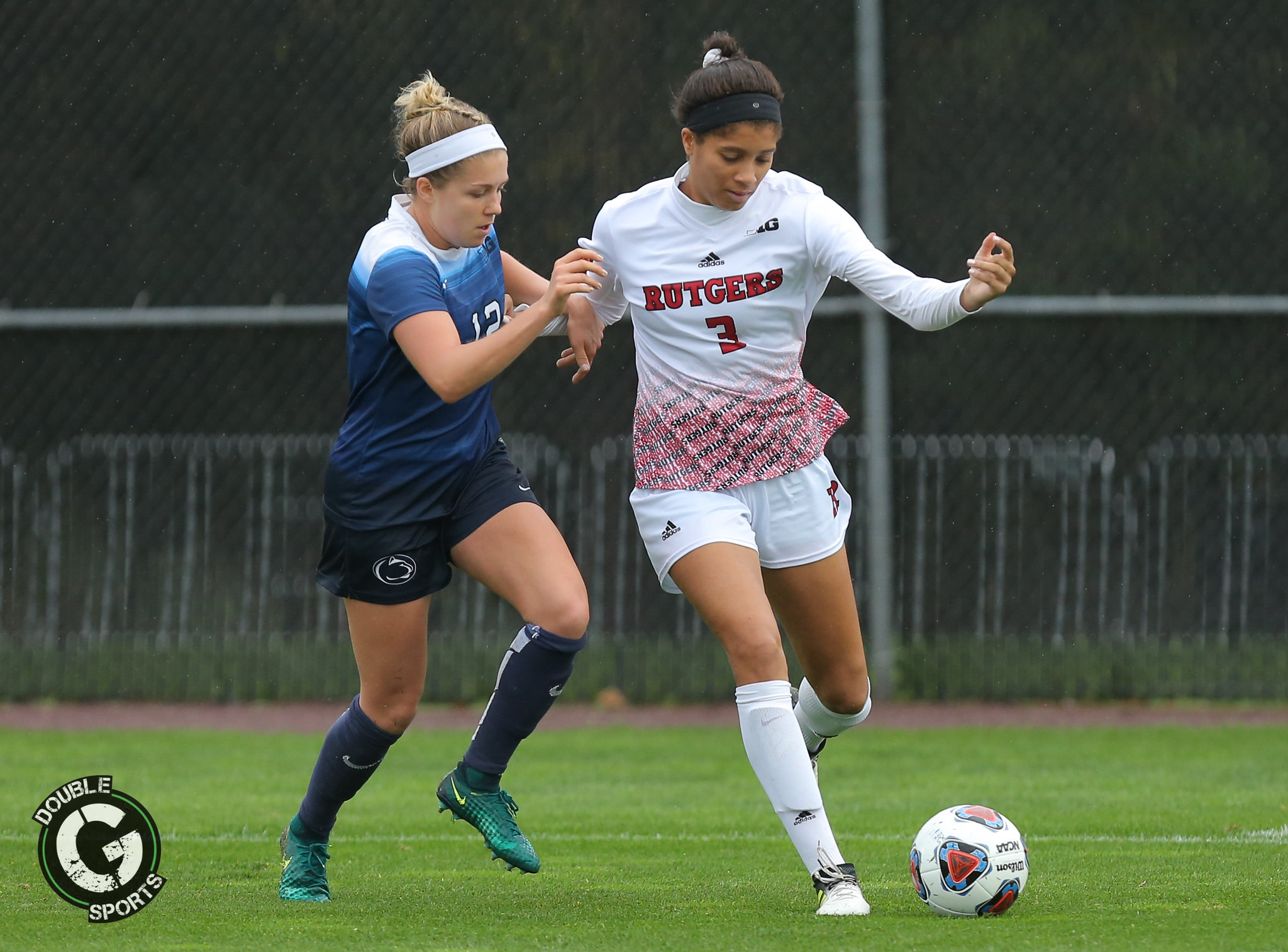 The Rutgers and Penn State women’s soccer teams will meet for the tenth time in six years on Thursday night. The showdown at State College will mark the latest entree in a rivalry that has seen the most meetings, regular and postseason, between any two Big Ten women’s soccer programs in that span.

Head coach Mike O’Neal and the Scarlet Knights have suffered infamous defeats at the hands of this rivalry. These range from the 2015 postseason that saw Rutgers lose the Big Ten Championship game and NCAA semi-final to the Nittany Lions in the span of a month, to last season’s 1-0 Penn State victory that gave Rutgers its only conference loss of the season, but one that denied a program-first Big Ten regular season title.

Penn State went on to finish first in the conference last year, but are off to a shaky start in their campaign to defend that title this year. The Nittany Lions are coming off a 1-0 loss in Wisconsin, their second conference defeat.

Meanwhile, Rutgers comes in off two-straight conference losses of their own. The first two-game losing streak since 2015 has cost the team its national ranking.

But, after Rutgers lost those two games in 2015, they went undefeated the rest of the way, en route to the program’s first Final Four appearance … where they lost to Penn State.

Snapping that streak Thursday may serve as a similar turning-point this year, as the Knights boast arguably the conference’s most talented roster and are expected to make a deep playoff run this season. But, a Penn State victory at home would put Rutgers in dire straights with its first three-game losing streak since 2012.

Even then, a win by either team has not even been this rivalry’s most common outcome as of late. Prior to Penn State’s late-season victory last year, the two teams played to three ties in four years, two regular season match ups ending as scoreless draws, and one conference tournament match up ultimately taken by Penn State via penalty kicks.

O’Neil has taken some notable victories over Penn State head coach Erica Dambach. He won each of the first two meetings after Big Ten induction in 2014, and avenged the 2015 postseason losses with a 2-0 victory in the following year’s Big Ten Tournament opening round. But Rutgers hasn’t beaten Penn State since.

Regardless of the outcome, history favors that Thursday night will not be the last time Rutgers and Penn State meet in 2019.