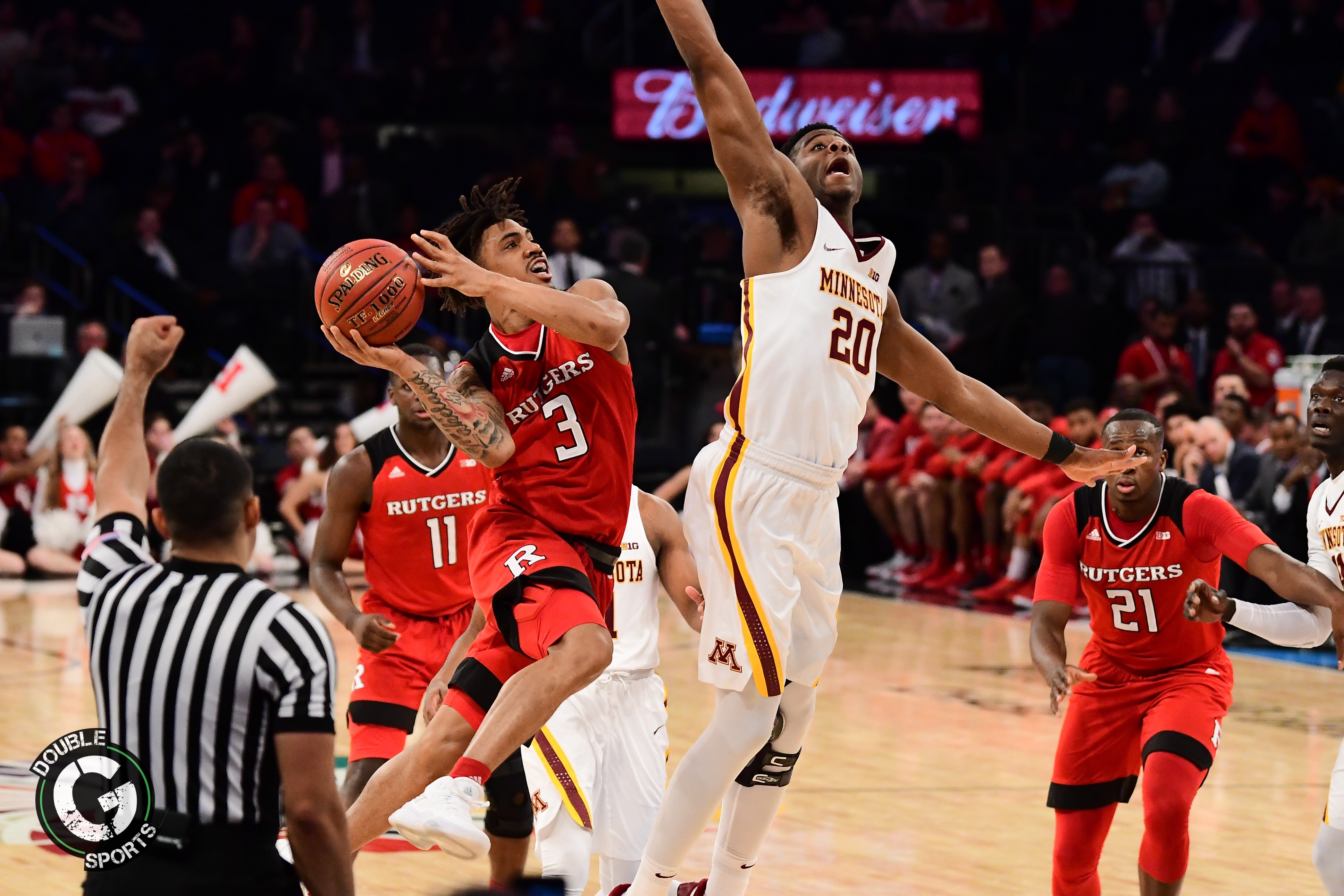 Many believe the Big 10 is pimping Rutgers to get into the tri-state area. While that may be true, Rutgers are excepting their role as the underdogs in a big conference.

When it comes to the conference tournament, the Scarlet Knights don’t just embrace the role — they thrive in it.

A year after it became the first 14th seed to win a game at the Big Ten Tournament, Rutgers repeated the feat against Minnesota Wednesday night, crushing the Golden Gophers 65-54 in a late-night matchup at Madison Square Garden.

Corey Sanders was huge and led Rutgers with a game-high 23 points, as well as 7 rebounds, 2 assists, and zero turnovers. He came out with swagger and gave the Scarlet Knights the scoring punch they desperately needed. With two all-conference players on the floor for Minnesota in Jordan Murphy and Nate Mason, Sanders outplayed them in this game.

Mike Williams also played a huge role in this game, willing Rutgers to stay in it at times and making key hustle plays down the stretch. He finished with 12 points, 5 rebounds, 1 steal and 1 block. His toughness and determination were a big reason Rutgers won this game.

As a team, Rutgers dominated on the boards, holding a 49-28 advantage, the largest rebounding margin they’ve ever produced against Big Ten competition. They held a 15-5 edge on the offensive glass which resulted in a 17-2 edge in second-chance points.

No rest for the wicked as Rutgers’ season extends for another day, with a prime-time matchup with Indiana. There were a lot of Rutgers fans in attendance Wednesday night and they helped make it a great environment at the Garden. Round two, those fans are going to have to be that much louder if they want to help Rutgers ride Cinderella wave all weekend long.