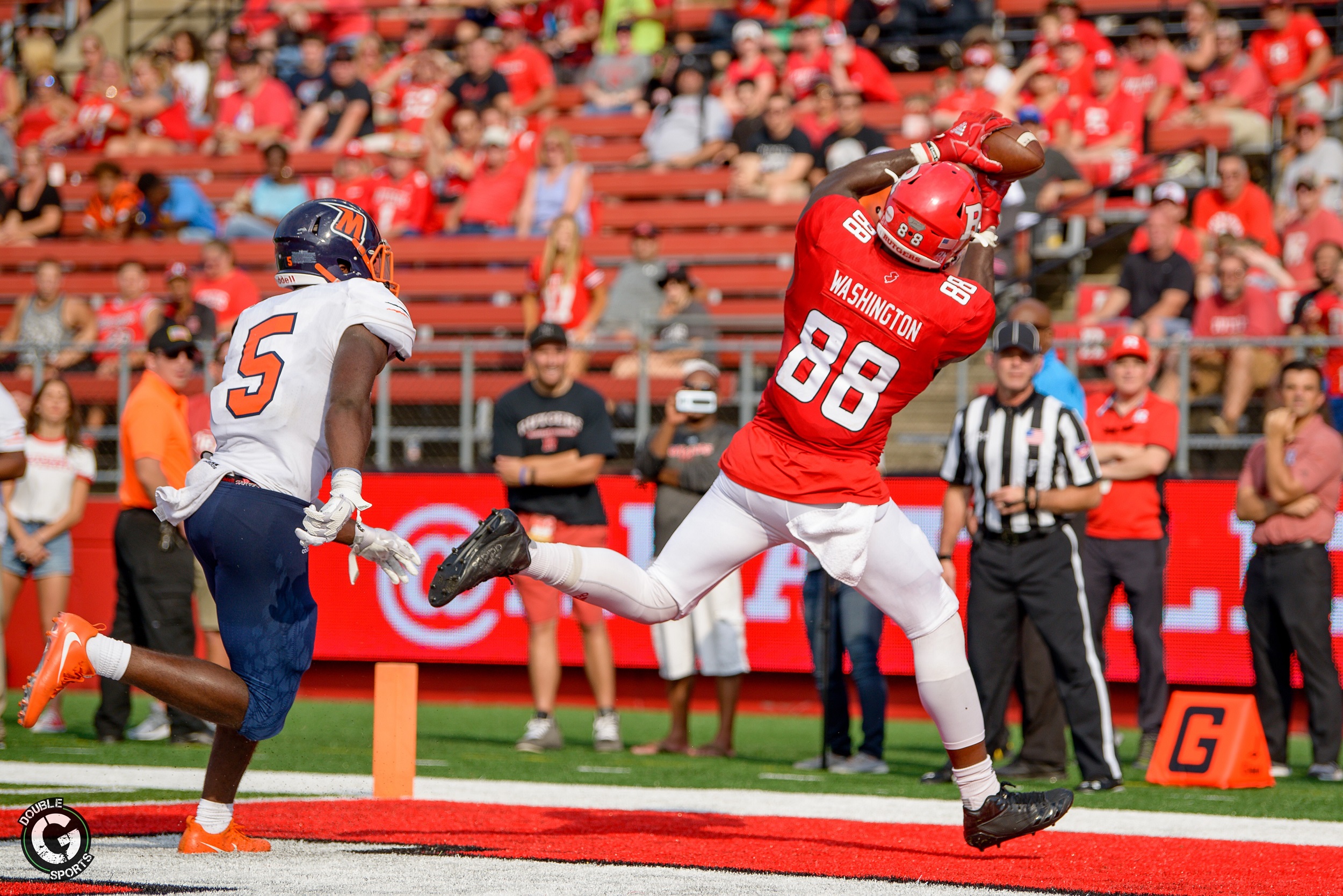 Washington led the the team with 28 receptions and 282 receiving yards in 2017.

In 2017, his first season as a Scarlet Knight after transferring from the University of Miami, Washington led the the team with 28 receptions and 282 receiving yards. Washington became a favorite target in an otherwise lackluster passing game for the Scarlet Knights. He grabbed at least one catch in 11 of the 12 games.

This season, as a senior, Washington is likely to play a key role in the Scarlet Knight’s offense. John McNulty is back at Rutgers as Offensive Coordinator. This could mean a big year for Washington. McNulty brings 25 years experience as an offensive coach at multiple levels of football. He spent the past two seasons as tight ends coach for the San Diego Charges in the National Football League.

Rutgers head coach, Chris Ash, has yet to name a starting quarterback. Regardless who is under center, it will surely be a comforting feeling, knowing 6’4, 258 pound Washington is there as an offensive weapon.

The award recipient is selected by vote of the John Mackey Award Selection Committee and the 2018 Mackey Award recipient will be announced on Dec. 5 and then presented live on Dec. 6 at The Home Depot College Football Awards Red Carpet Show on ESPNU.