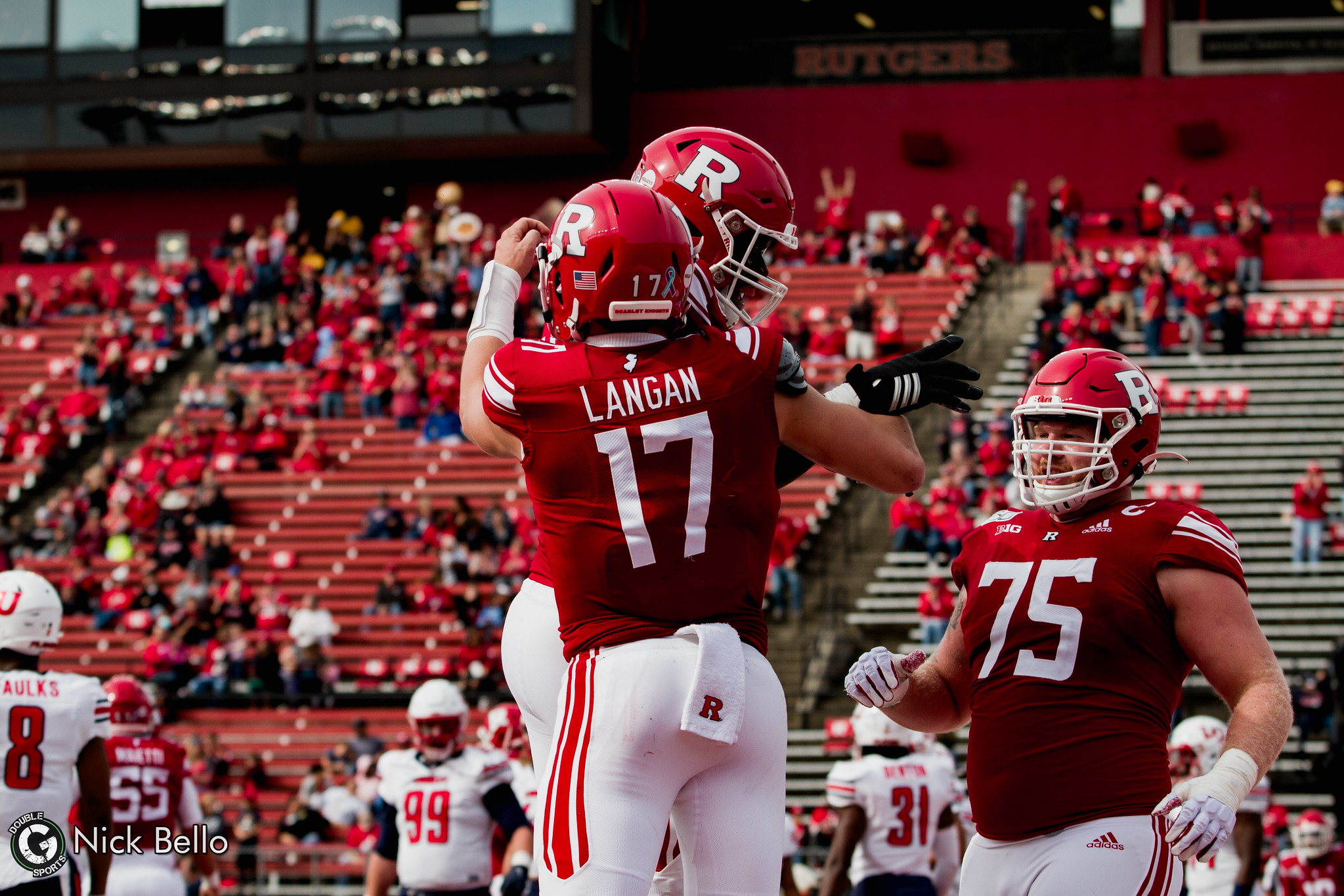 The streak is over.

Despite everything the Rutgers football team has endured this season, it can at the very least take solace in doubling its win total from last year after a 44-34 victory over Liberty at home on Saturday.

The Knights (2-6) came into the game as the biggest home underdogs that any Big Ten program has ever been to an Independent FBS team since 2005.

But it was a handful of freshmen on offense that were able to keep Rutgers status as a Power 5 program somewhat legitamized.

Freshman quarterback Johnny Langan had a career-best performance, going 15-21 for 192 yards and two passing touchdowns. He contributed another 118 yards and a touchdown on the ground.

Both of Langan’s touchdown passes were career-firsts for his receivers. He found sophomore Eddie Lewis on a five-yard pass late in the second quarter to tie the game at 21 right before the half. It was Lewis’s first career touchdown an Langan’s first touchdown pass.

Langan’s next touchdown pass would give Rutgers the lead in the third quarter, with a 51-yard bomb to freshman Isaih Washington who became the second Rutgers freshman to score a touchdown after Kay’Ron Adams scored his first last week.

Sophomore running back Isaih Pacheco found the endzone twice, with 107 rushing yards. It was Pacheco’s first touchdowns since week one, but enough to bring his touchdown total to six on the year.

The defense struggled to contain the Liberty the passing duo of quarterback Stephen “Buckshot” Calbert and wide receiver Antonio Gandy-Golden in the first half, but made a key stop in the red zone in the third quarter, and forced some late key turnovers to limit the Flames second half offense enough.

The Flames did score a touchdown in the final minute to cut the Rutgers lead to ten points in a game that they led by 24 at one point.

Rutgers begins the final third of its schedule next week when it goes back on the road to face Illinois.

Then, a second bye-week will precede a three-game stretch against Big Ten juggernauts Ohio State, Michigan State and Penn State to finish the season. How will the Knights’ finish this this season that has been historic for all the wrong reasons? Well, at least if anything, they can finish with multiple wins for the first time since 2017.