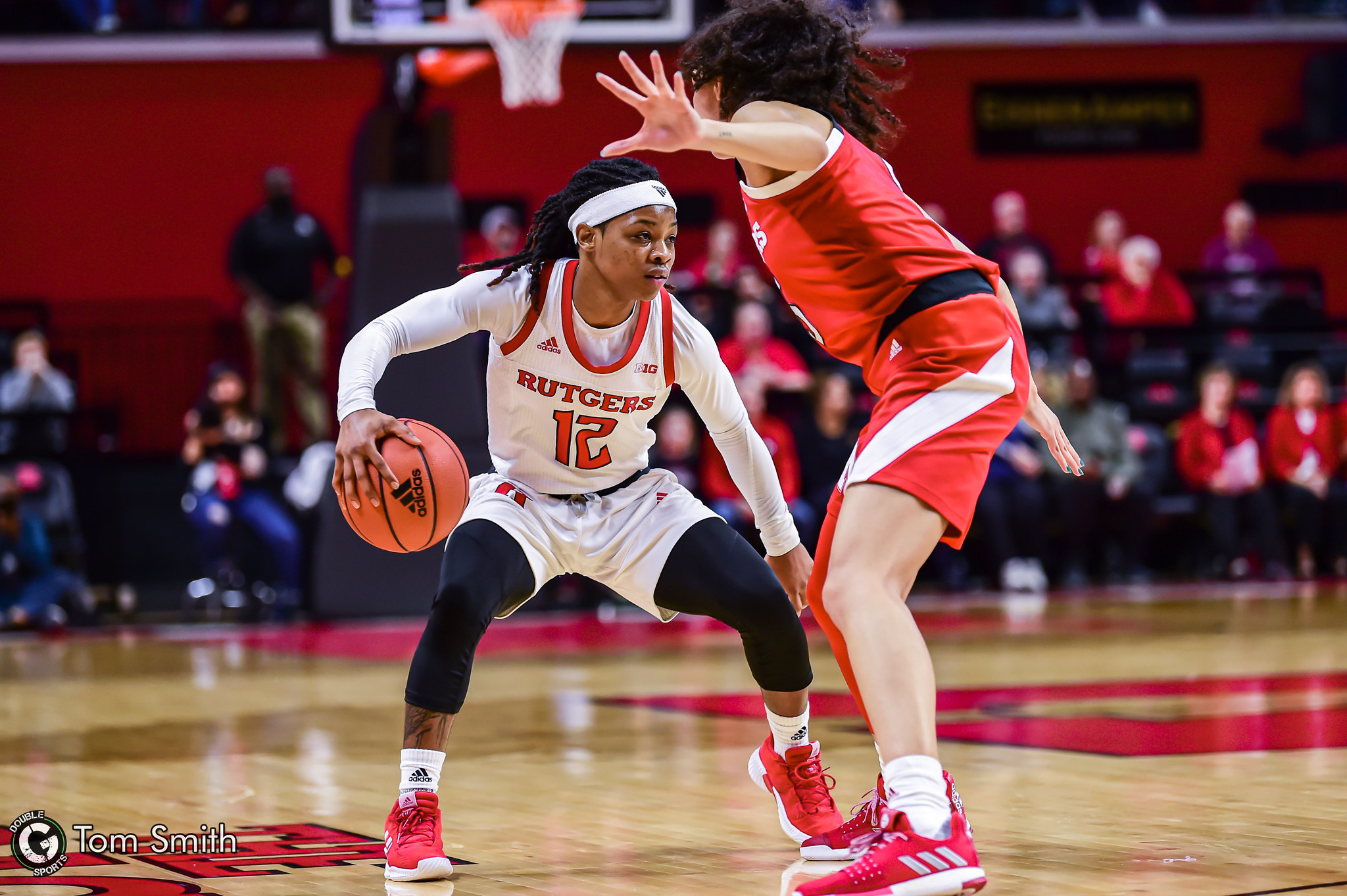 The Rutgers Scarlet Knights return home to the RAC for their final three games of the regular season. The homestand will begin with a matchup with Ohio State on Saturday at 2 p.m.

This will be the first meeting of the season between the two teams and the 18th meeting all-time. Ohio State leads the series, 12-5, and holds a 6-1 record since Rutgers joined the Big Ten. Rutgers won the last meeting between the two, 66-56, in Columbus on March 3, 2019.

Ohio State (17-9, 10-5) currently sits in fifth place in the Big Ten, with Rutgers (18-8, 8-7) trailing right behind in sixth place. As evident by the standings, the two teams match up quite well statistically. The Buckeyes maintain a better scoring offense while holding a higher shooting percentage and three-point field goal percentage than Rutgers. The Buckeyes also average more assists per game. On the other end, the Scarlet Knights hold a better scoring defense than Ohio State. Additionally, Rutgers averages more rebounds, steals, and blocks per game while turning the ball over less than its Big Ten rivals.

Stopping the Buckeye Offense: Ohio State comes into the matchup sporting one of the more dangerous offenses in the game. The Buckeyes rank in the top 50 in the nation in scoring offense, shooting percentage, and assists per game. The Scarlet Knights, on the other hand, hold one of the best defenses in the nation. Rutgers ranks 15th in the country in shooting percentage defense and 20th in scoring defense. Those numbers took quite the hit on Wednesday, however, as the Scarlet Knights could not keep up with the Northwestern offense. Rutgers is going to have to bounce back defensively if they hope to succeed on Saturday.

The biggest key to controlling the Ohio State offense will be forcing the Buckeyes to rely on just one or two scorers. The Buckeye offense heavily relies on balance to win games. Over their last 10 games, four or more players have scored in double digits for the Buckeyes in eight of the ten. Ohio State is 7-3 over that span, including winning its last six in a row. The Scarlet Knights are going to need to limit Buckeyes offense and force just one or two players to carry the team if they hope to win.

Following their matchup with Ohio State on Saturday, the Scarlet Knights will continue their homestand with a meeting against Wisconsin on Thursday, Feb. 27th at 7 p.m.