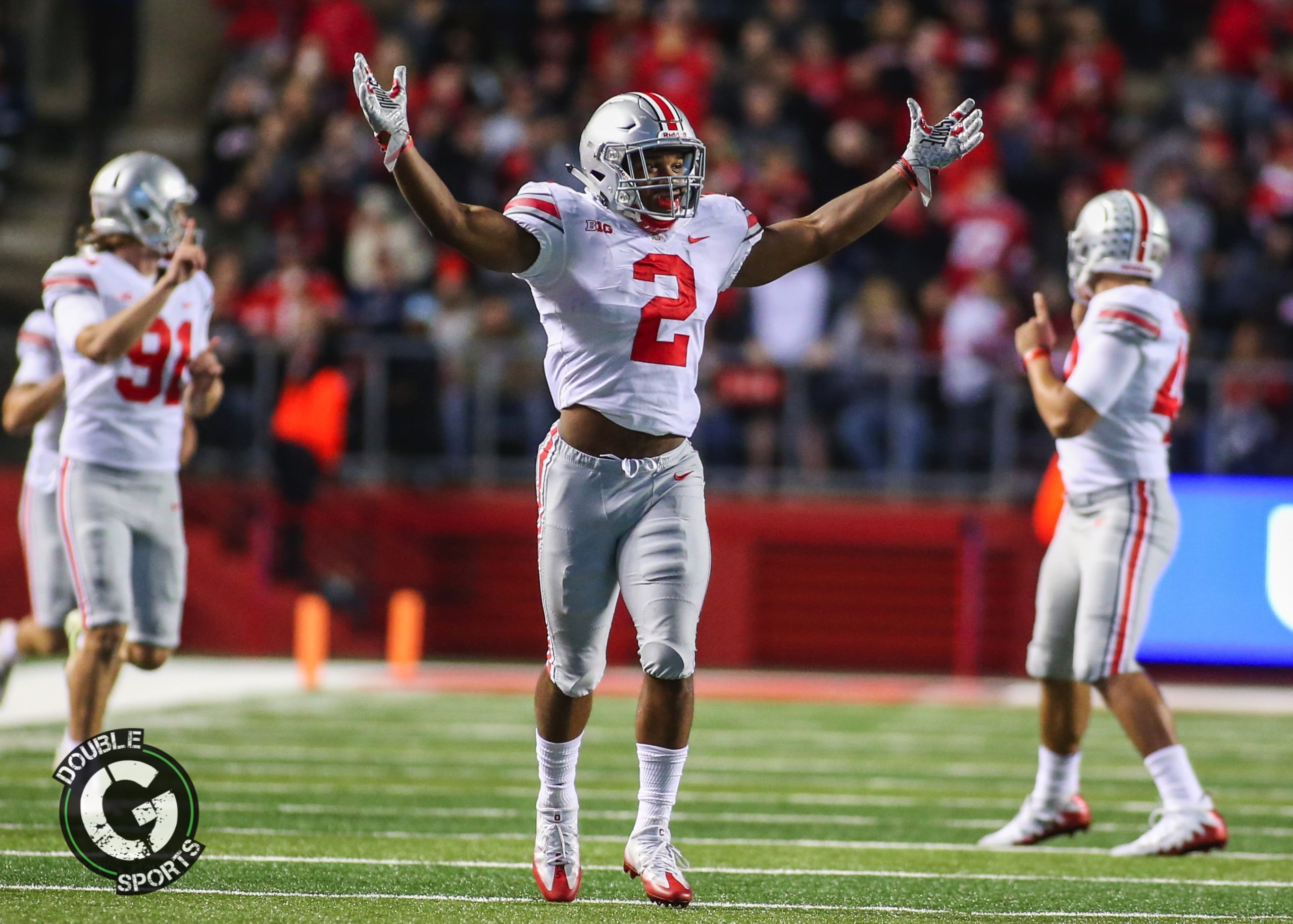 I graduated from Penn State University with a degree in Architecture in 2019.

I wanted to start with a broad personal statement like that because it answers several questions at once. It gives you a few details about my background, my approximate age, and, come late April, why my mock drafts are so wildly inaccurate.

I’ve never studied sports journalism. I’ve never interviewed a coach, a GM, or a player, and I don’t have any insider information. I don’t have any advanced metrics that tell me which team should choose which player in which spot. I’m just a passionate fan that has been watching drafts and doing mocks for the past several years, sharing them with no one but myself and a couple of friends. This year, I’ve decided to step it up and share my picks with everyone who may care to see them.

In the classic styles of draft gurus Mel Kiper and Todd McShay, this mock draft has no trades, no timeouts, and no unusual draft day anomalies. The draft order for my Mock Draft 1.0 is the same as if it were to be executed today, at the time of this writing. I’ll allow for trades in future mock draft versions because, in a year with this many quarterback options, needy teams will undoubtedly be trading up to get them.

Each category yielded a different player for many teams, so this mock is an exercise in deciding which of the categories outweighs the others. For example (spoiler alert), I have LSU QB Joe Burrow mocked at the #1 overall pick to the Cincinnati Bengals. That is a scenario in which Category 3 (what I think the team will actually do) supersedes my own personal rankings of the smartest move or what I would do. I say this because not only is Joe Burrow not the top-ranked player on my board (Ohio State DE, Chase Young), but he’s also not my top-ranked quarterback (Alabama QB, Tua Tagovailoa, despite health concerns), in the draft. That’s not even to mention all of the other options that had been out there in the league via free agency (namely, Teddy Bridgewater, Ryan Tannehill, or some guy named Brady, among others), or guys that are available now as free agents (Cam Newton, Jameis Winston) or trade targets (Jacoby Brissett).

My heart says that I would make a run at many of the quarterbacks available outside of the draft and take the best player available at #1, Young. Unfortunately, the main goal of this mock is for an accurate prediction of what could actually occur (despite the absence of trading). So Category 3 wins out, resulting in what is currently, based on all reports, the clear consensus #1 overall selection being Joe Burrow.

Of course, there is research being done here. Analysis from experts at ESPN, NFL.com, CBS, Sports Illustrated, Bleacher Report, PFF, and others that have scouting and grading information contributed to this mock draft. I would like not only to credit them but also thank them for writing some of my favorite articles of the year.

I welcome and encourage any feedback and would love to hear all comments and have spirited discussions regarding different opinions on players, picks, or drafting strategy. I implore you to share this article with those who might be able to contribute to a future mock draft with a scoop or idea that I may not have considered. Mostly, I just want people to read this.

Unless Tua dazzles and makes Cincy swoon, this will be a layup pick.

The best player in the draft falls into Washington’s lap at 2, unless they get a boatload to trade down.

I think it’s very likely the Lions don’t make this pick. But they need a corner. Could see a surprise pass rusher here too.

If there’s only one QB gone by this point, someone will try to trade up ahead of Miami. Gettleman could break down and trade back for the first time, or go with the “Dancing Bear” Becton.

I’d call it unlikely that Tua makes it to 5. Someone will trade up for him. But if he’s sitting there, the Dolphins will sprint to the podium. Or swim?

My guess here is that the Chargers address the QB position from outside the draft. The Chargers take Brown, the second-highest rated player on nfl.com.

The Panthers need a stopper on defense, especially after losing Dontari Poe in free agency. This may be a bit early for Kinlaw, but he fills a need.

The Cardinals are preparing to build around a young, undersized QB, and were able to establish a solid running game last year. A versatile, athletic offensive lineman can help with that.

The Jags get a Swiss army knife to revamp the defense that has dropped off a step since their renaissance a few years ago. There is some concern that he doesn’t quite fit at any one position, but an NFL team will figure him out.

At one point, the Browns had nothing except an offensive line. Mayfield’s tendency to hold the ball too long requires a line that can give him a chance to be successful, and even after adding Jack Conklin, another tackle could help fix this offense with too much talent to fail.

Finally, a top WR that’s better than Robby Anderson. His catch radius and ability to win the 50-50 balls will help Sam Darnold reach his potential.

The Raiders need a real number one WR. They had terrible luck finding one last year, but I think Jeudy has a chance to become one of the best in the league, with route-running skills some scouts grade as about as impressive as they’ve ever seen.

The 49ers secondary struggled last season, though not enough to keep them from the Super Bowl. They gave up a lot of big plays to Patrick Mahomes and Co. So could another corner push them over the top?

The Bucs need help all over the place, and now they have Brady at QB. Their new star asset needs some protection, and Thomas can play either tackle position.

The Broncos get a speedy WR to help the QB they’ve reportedly committed to for the future.

Epenesa flashed in 2018 and at the end of 2019. He’ll be an impact player in the prime of his career, with a bit of acclimation to do first.

I feel like the Cowboys need a safety every year. Let’s give them one.

The Dolphins need pretty much everything. Chaisson can help in pass rush and coverage.

This is another team that needs much re-tooling. This pick could go in so many different directions, especially with Mayock and Gruden at the helm. But Queen can fill a hole in the middle of their defense.

The Jags find a corner with the pick they get from trading away Jalen Ramsey.

Hamler’s speed jumps him ahead of other top wide receiver prospects in this year’s draft, and the Eagles need help in that area. They also get a local PA kid.

The Vikings use this pick to replace the WR they gave up to get it. A cheaper and younger option for Kirk Cousins.

Yet another candidate for Tom Brady’s successor, which may be necessary right away.

Not a high pick in mocks due to injury concerns, but he’s got immense talent and will be a great addition to a Saints secondary that started Eli Apple at corner at some points last year.

The Vikings need help in the secondary, and Terrell is the best CB remaining

Gross-Matos has a motor that the Seahawks love, and they’ll likely lose Clowney to free agency.

The Ravens had holes up the middle after losing linebackers to free agency last year.

The Titans lose Jack Conklin in free agency, leaving a hole at tackle.

Rodgers has needed more weapons for years, and Shenault can line up at WR and RB.

The Niners, conversely, have very few holes. They’re getting their corner to fill that hole. They did trade away a talented DT. Now they’ll get one back.

Versatile lineman can line up inside or outside on different sets, and the Chiefs need playmakers on their defensive line.

So there you have it: my indisputable, irrefutable, totally correct picks for the 2020 NFL Draft. In the future, please come back to see my free agency reactions, future mock drafts, draft reactions, and fantasy football updates, when that season rolls around. Thank you for reading.

You Know I’m Right, Episode 4: The Status Of Wrestlemania And The MLB Season (Audio)
Ranking the Giants biggest areas of needs to target in the NFL Draft
Posting....