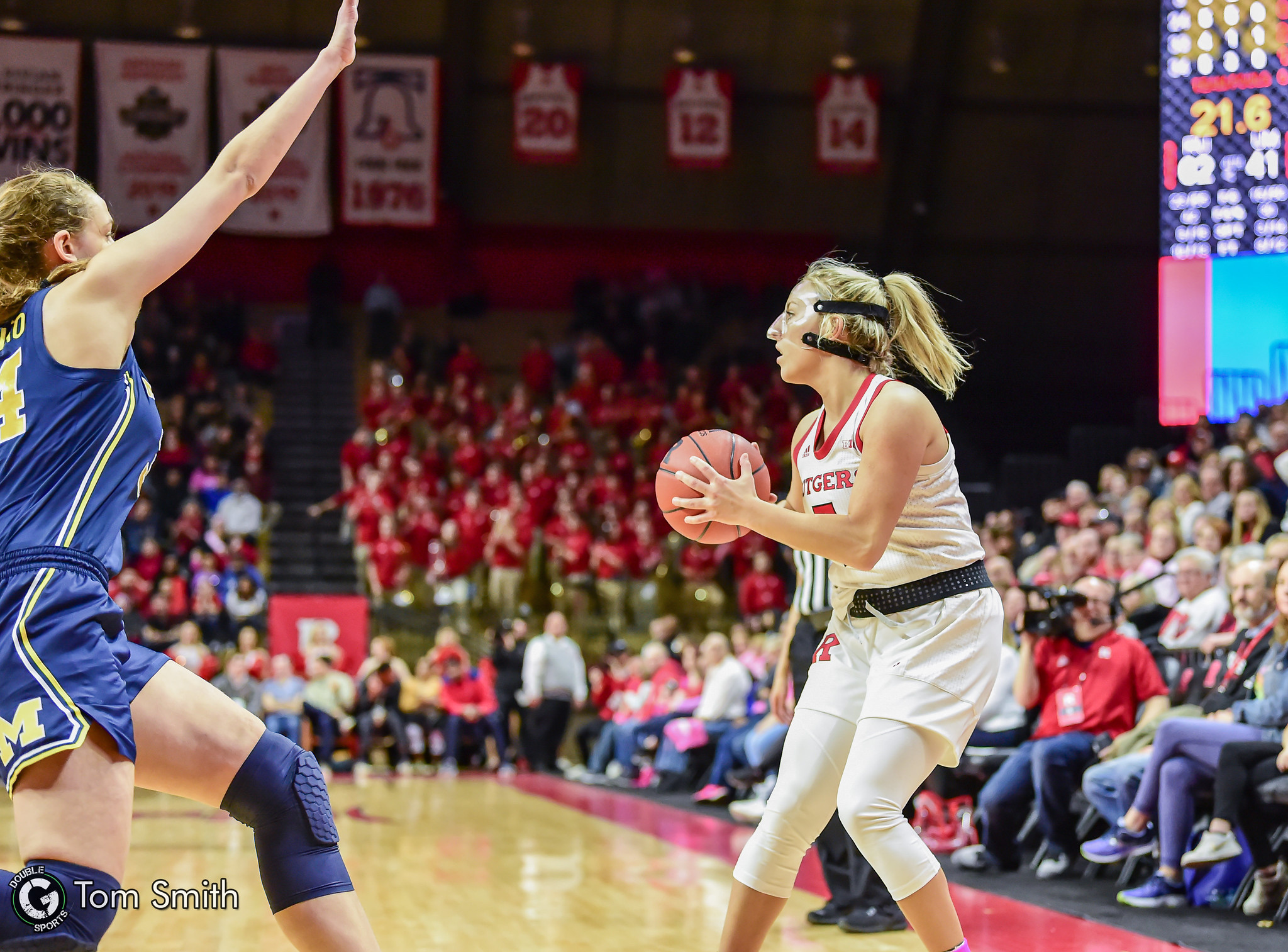 Scarlet Knights Take Down Wisconsin to Advance to Quarterfinals

Despite some early struggles, the fifth-seeded Rutgers Scarlet Knights came back to take down 12th-seeded Wisconsin, 63-55, in the second round of the Big Ten Tournament. The victory secures a date with fourth-seeded Indiana on Friday afternoon in the quarterfinal round.

Just as she has all season long, Arella Guirantes took charge for the Scarlet Knights. Guirantes finished with 27 points to go along with four steals, three rebounds, two assists, and two blocks. Entering the matchup as the leading scorer (20.0 PPG) in the Big Ten, Guirantes lived up to her reputation in this one.

She shot 58.8% (10-17) from the field on Thursday afternoon, including hitting three-of-five shots from three. Guirantes provided the spark for the Rutgers offense, which struggled in the first three quarters.

The Scarlet Knights showed up when the lights were at their brightest. At the beginning of the fourth quarter, Rutgers trailed Wisconsin, 45-42, and was struggling from the field. But the Scarlet Knights did not let the pressure get to them, coming out flying to start the fourth on both the offensive and defensive end.

On defense, the Scarlet Knights forced nine fourth-quarter turnovers while Wisconsin only managed to put up 10 total points in the final frame. The success on defense fueled the offense on the other end of the court. Rutgers outscored Wisconsin, 21-10, in the fourth, led by Guirantes’ seven points in the final quarter alone.

The Badgers shooting percentage dropped to 44.9% by the end of the game, thanks in large part to the explosive defensive effort in the fourth. The Scarlet Knights are going to need more of what they saw in the fourth and less of what they allowed in the first three quarters if they hope to advance past the quarterfinal round.

The Scarlet Knights advance to the quarterfinals where they’ll match up with the fourth-seeded Indiana Hoosiers on Friday afternoon. The game is slated to take place at approximately 2:30 (Or 25 minutes after the conclusion of Friday’s first game).

Cappie Pondexter on playing for New York Liberty: “One of My Fondest Basketball Memories”
Women In Sports Interview Series: Kelsey Nicole Nelson works hard every day to prove she belongs