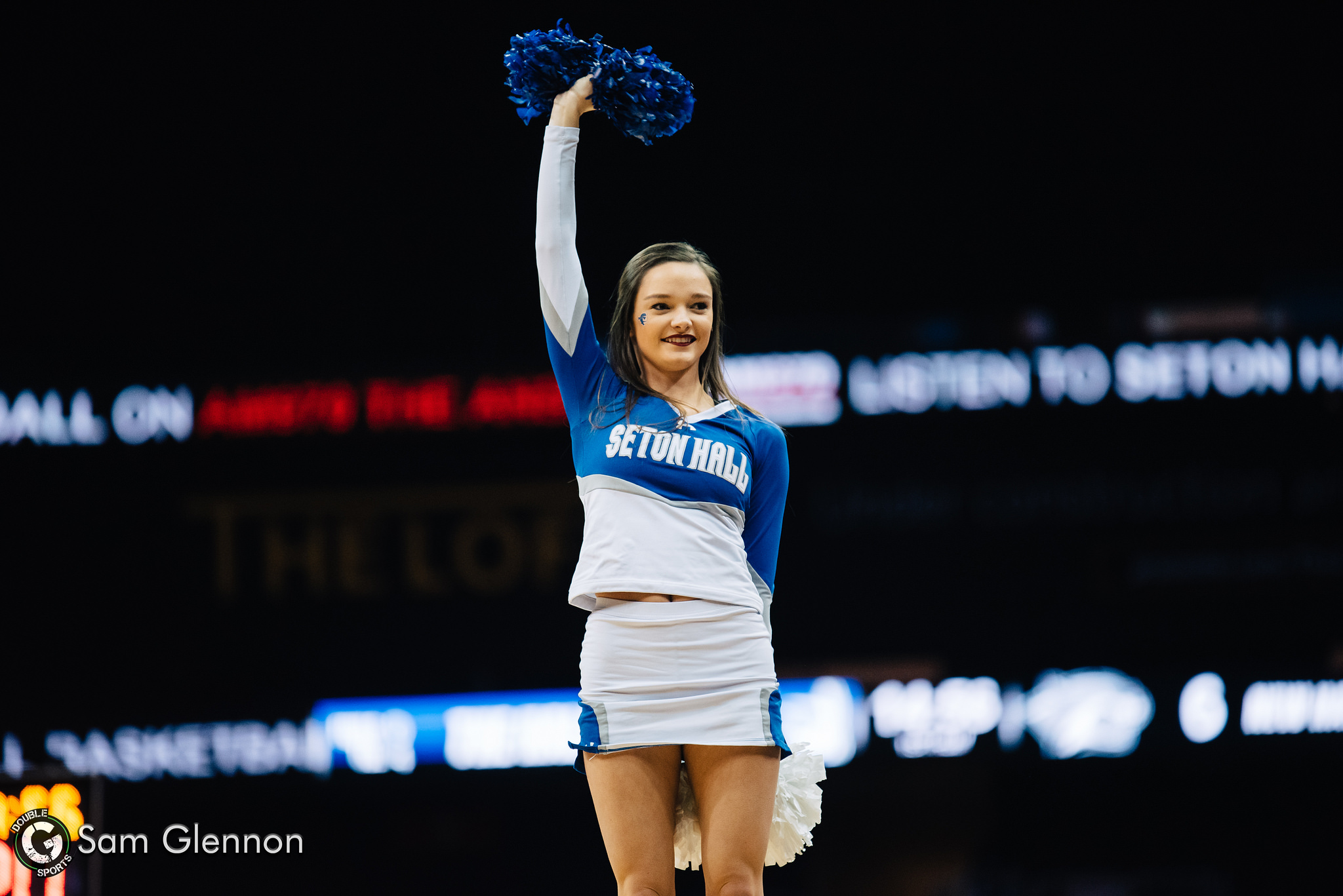 Going into Saturday’s Garden State Hardwood Classic, Seton Hall was still glowing after their upset of Kentucky at MSG. The Pirates received votes in the week’s AP poll and was attempting to continue their momentum.

In a game that turned ugly, Seton Hall overcame terrible shooting in the second half to outlast in-state rival Rutgers 72-66 at the Prudential Center on Saturday. The win was Seton Hall’s third straight and their 40th win over the Scarlet Knights since the teams began playing in 1916.

The trend of the Jekyll and Hyde Pirates reared its head as The Hall jumped out to an early 7-2 lead over their in-state rival. What came next was a scoring drought of over four minutes until Taurean Thompson made a lay-up with 11:!4 remaining in the first half. On the next defensive possession, Thompson picked up his second and third foul, which included a technical foul.

The game was back and forth until one of the stars of the win over Kentucky awakened. Myles Powell, who was 0-for-4 to start the game, hit back-to-back threes to give Seton Hall a seven-point lead. The tail end of the half saw Rutgers go on a stretch where they shot 2-for-15 from the field. Rutgers regained their shooting touch and cut their double-digit deficit to nine, 34-25, at halftime.

The second half saw the intensity pick up as Rutgers went on a 12-2 run over 2:37 to cut the rebuilt Pirates’ lead to seven. Geo Baker and Peter Kiss hit back-to-back treys to pace the run as Scarlet Knights coach Steve Pikiell pumped his fist in excitement. Seton Hall responded after a timeout with a three from Powell as both teams began to shoot lights out.

Once again however Seton Hall shut down offensively as the Pirates went scoreless for over five minutes. Even with that draught, Rutgers (5-5) were unable to capitalize as they went 1-for-9 from the field during that stretch. Midway through the second half, it became a dogfight as the game got even chippier with two more technical fouls assessed.

The chippiness continued with 2:35 left and Seton Hall up 64-58. Double technicals went to Michael Nzei and Montez Mathis after more extracurriculars. After that point, the Pirate defense ratcheted up and held the Scarlet Knights scoreless for over two minutes. Seton Hall (7-3) iced the game and took home the win in the Classic for the sixth time in seven years.

Myles Powell finished with a game-high 28 points which included six three-pointers. The game was Powell’s sixth time where he scored 20 or more points. Sandro Mamukelashvili added 15 points for the Pirates, while Michael Nzei added in seven points in a game that saw five technical fouls.

“I think the biggest thing is we’re desperately trying to become more consistent game-in and game-out,” Seton Hall coach Kevin Willard said. “Coming off an emotional game last Saturday and coming into another big test … I think they showed maturity for a young team.”

Eugene Omoruyi led Rutgers with 15 points and eight rebounds. The Scarlet Knights outrebounded Seton Hall substantially 52-38, including 25-8 on the offensive rebounding side. Even with the loss, Rutgers coach Steve Pikiell likes where his team is.

“We got a ways to go, but that’s a good basketball team,” Pikiell said. “Hopefully we can be better the next time. We’re good; they’re good. We’re not that far off. I was happy with our guys’ efforts. We were just two baskets short.”

What’s Next For Seton Hall

The Pirates return to action on Wednesday as Sacred Heart visits The Rock for a non-conference tilt. Game time is 6:30 p.m. and the game can be seen on FS2.