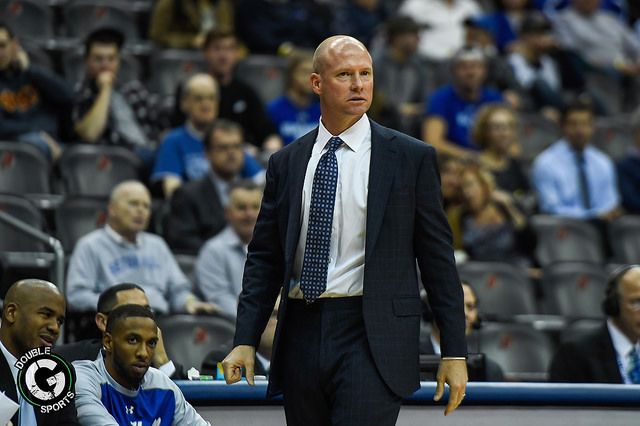 Seton Hall struggles in second half in loss to Louisville

Going into the 2018-2019 season, Seton Hall coach Kevin Willard knew he had some questions to answer. Who would be the go-to player for the Pirates? Where would the rebounding come from after losing Angel Delgado? After losing four seniors, Seton Hall had much to figure out in this new era of Pirate basketball. Heading into their matchup against Louisville, the Pirates were still finding their identity in many aspects of their game.

Unfortunately for the Pirates, their return home was an unsuccessful one as they fell to Louisville 70-65 in front of a big crowd at the Prudential Center on Saturday.

The rest of the first half saw a back and forth battle between the teams. Seton Hall’s shot selection became an issue as Louisville took a 36-34 lead into halftime. Myles Powell scored nine points in the first 20 minutes of play as Seton Hall dominated points in the paint, but struggled with a minus-6 disadvantage in rebounding.

Powell turned it up in the second half scoring eight points early in the half to put The Hall ahead. Once again shot selection became an issue as the Pirates went over three minutes without a point. A 1-for-10 shooting drought for Seton Hall gave the Lousiville (5-2) new life, and they took advantage as they took the lead 61-59 with under four minutes to go.

After being held scoreless in the first half, Ryan McMahon scored nine points in the pivotal second half for Louisville. A bevy of missed close shots was Seton Hall’s Achilles heel in the second half. The Pirates (4-3) shot just 33 percent in the second half, including only 10 percent from beyond the arc. Powell finished with 23 points but shot 6-for-19 from the field and 2-of-12 from three-point land.

“Getting this group to understand time and score, and opportunities, there’s no better way to do it [than] against these teams,” said Willard after the game. “They made good plays and we didn’t.”

What’s Next For The Pirates

Seton Hall next takes the floor as they welcome New Hampshire to The Rock on Tuesday. Gametime is set for 6:30 p.m. and the action can be seen on FS1.