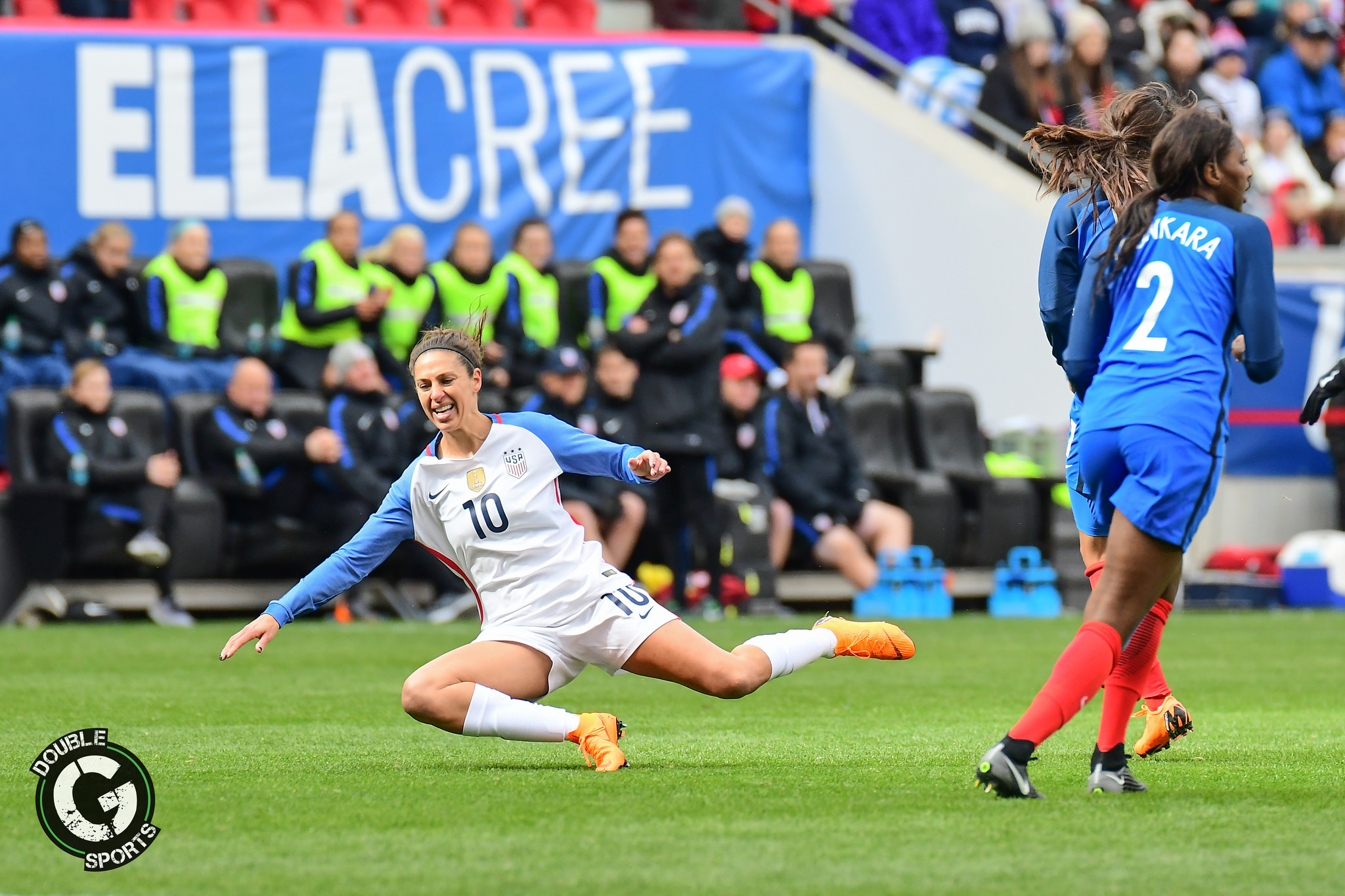 Harrison, NJ – The 3rd Annual SheBelieves Cup Round 2 doubleheaders were played in front of a crowd of over 25,700 fans. The games took place at the Red Bull Arena in Harrison, NJ on March 4. Fans prepared themselves for the cold temperatures and made their way into the stadium to see some of the best players in the world put on a show. It was a great day for soccer.

On the first round, the United States defeated Germany while France lost 4-1 to England. It was clear that US was going to try to keep their momentum going, while France was coming to leave everything on the field.

What made this game special was the fact that the United States and France were the only two teams to have ever won the SheBelieves Cup in 2016 and 2017, consecutively.

The game started slow. While both teams had their opportunities, there was not a clear dominant team for the first half. Every time the US or France had the ball, their passes and plays created great openings and moved their teams on the offensive, but they would quickly lose the ball to the opposite team and had to regroup again.

Mallory Pugh and Alex Morgan had very nice moves and combinations that were dangerous and broke France’s defense at times. While Amandine Henry and Eugénie Le Sommer were breaking the US defense right from the midfield and towards the left wing.

Just when we thought we were going to go into the second half empty-handed, after a free shot by Megan Rapinoe, Mallory Pugh took advantage of a loose ball off the post in the penalty box and her shot went in at the 35’. The excitement only lasted 3 minutes for the US, after a play from France’s midfield found Eugénie Le Sommer in front of Naeher. It was 1-1 at halftime.

The halftime show was extra special. Fans had the opportunity to celebrate and congratulate the US Hockey Women’s Olympic Team, who had just recently won gold at the Winter Olympic Games in PyeongChang, South Korea.

“Girls with dreams become women with vision.” 🇺🇸❤ What a day. Thanks for having us, @ussoccer_wnt. #SheBelievesCup pic.twitter.com/V3aK7BnIwJ

Both teams picked up the pace for the second half, but none of the opportunities created were enough to put any of the teams ahead of the game. Morgan and Pugh, along with Williams continued to push the offense and created dangerous plays for the US.

It was at the ‘73rd minute that the Red Bull Arena got loud. Carli Lloyd stepped into the field for Andi Sullivan, and the fans went crazy. Lloyd definitely changed the pace of the game and we saw more offensive plays created, however, it was not enough for either of the teams to add to the scoreboard.

What a crowd. Thank you to all who packed @RedBullArena today! pic.twitter.com/zPRRr156kq

Good news for New Jersey fans: Carli Lloyd is here to stay. She joined Sky Blue FC team and will be playing in Piscataway, NJ for the NWSL 2018 season.

It all comes down to tonight in Orlando, FL with Germany facing France at 4:00pm ET and the US will face England at 7:00pm. This last game will definitely decide who takes the Cup home.