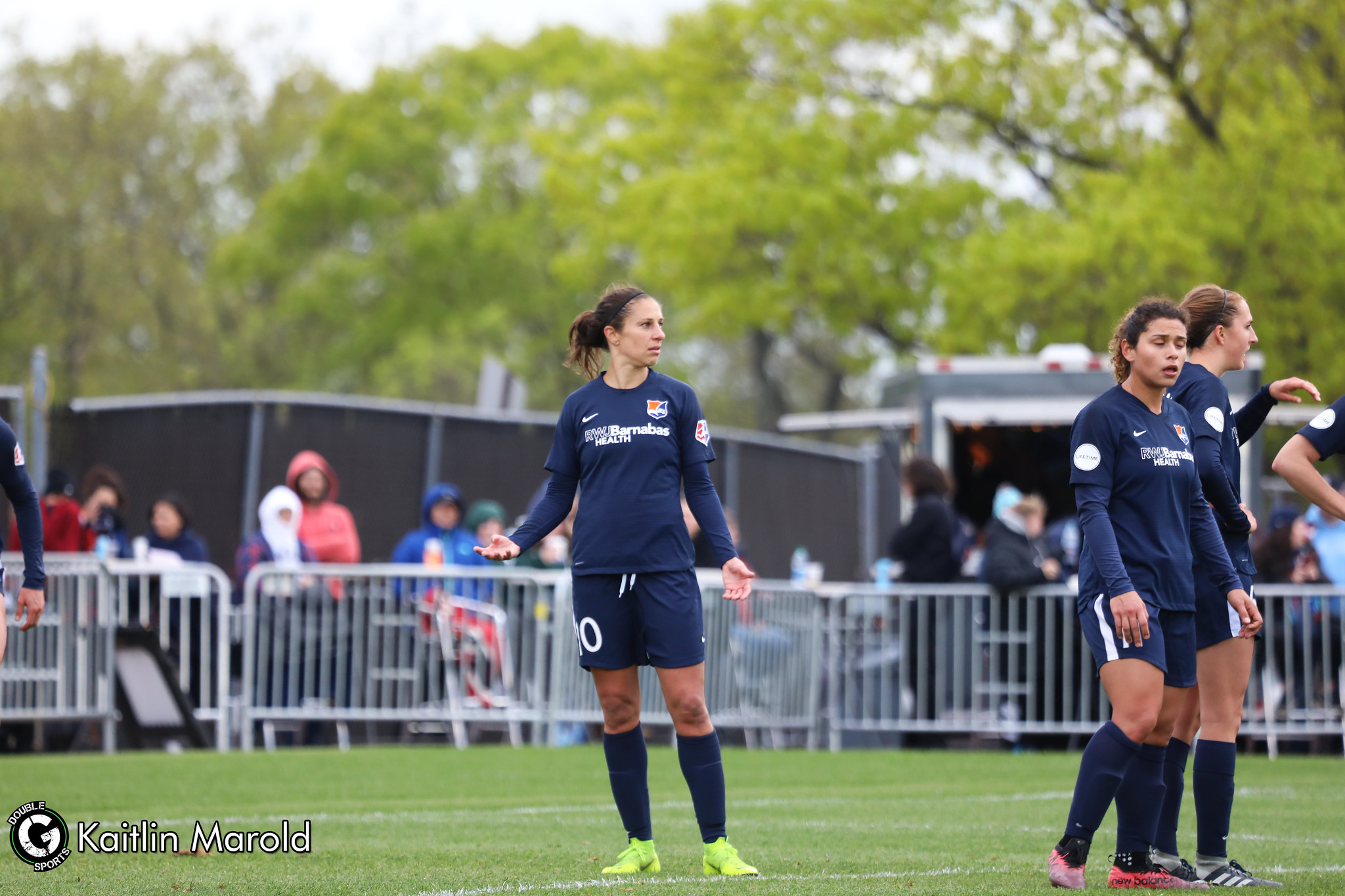 Sky Blue FC and Orlando Pride draw in front of a crowd of 8,314 fans. A little less than August 22 when the team played for the first time at Red Bull Arena against Reign FC.

From the press box to my left, Orlando Pride fans screamed enthusiastically when Shelina Zadorsky opened the scoreboard at minute 18’. This did not discourage the Sky Blue FC supporters, who were chanting and singing to the rhythm of drums and tambourines.

Every time Carli Lloyd or any other player from the Sky Blue FC was near the opposite net the crowd was louder, it was noticeable they were playing at home.

In the mix of the attendees you could find people from both teams. Diana Hernandez, an Orlando Pride supporter and New York City resident said she became a fan after the USWNT won the Women’s World Cup this year.

Pride dominated the first half of the game creating a lot of chances of goal, but Kailen Sheridan, Sky Blue’s goalkeeper defended her net. Lloyd equalized the game minutes before the final whistle, at minute 88.