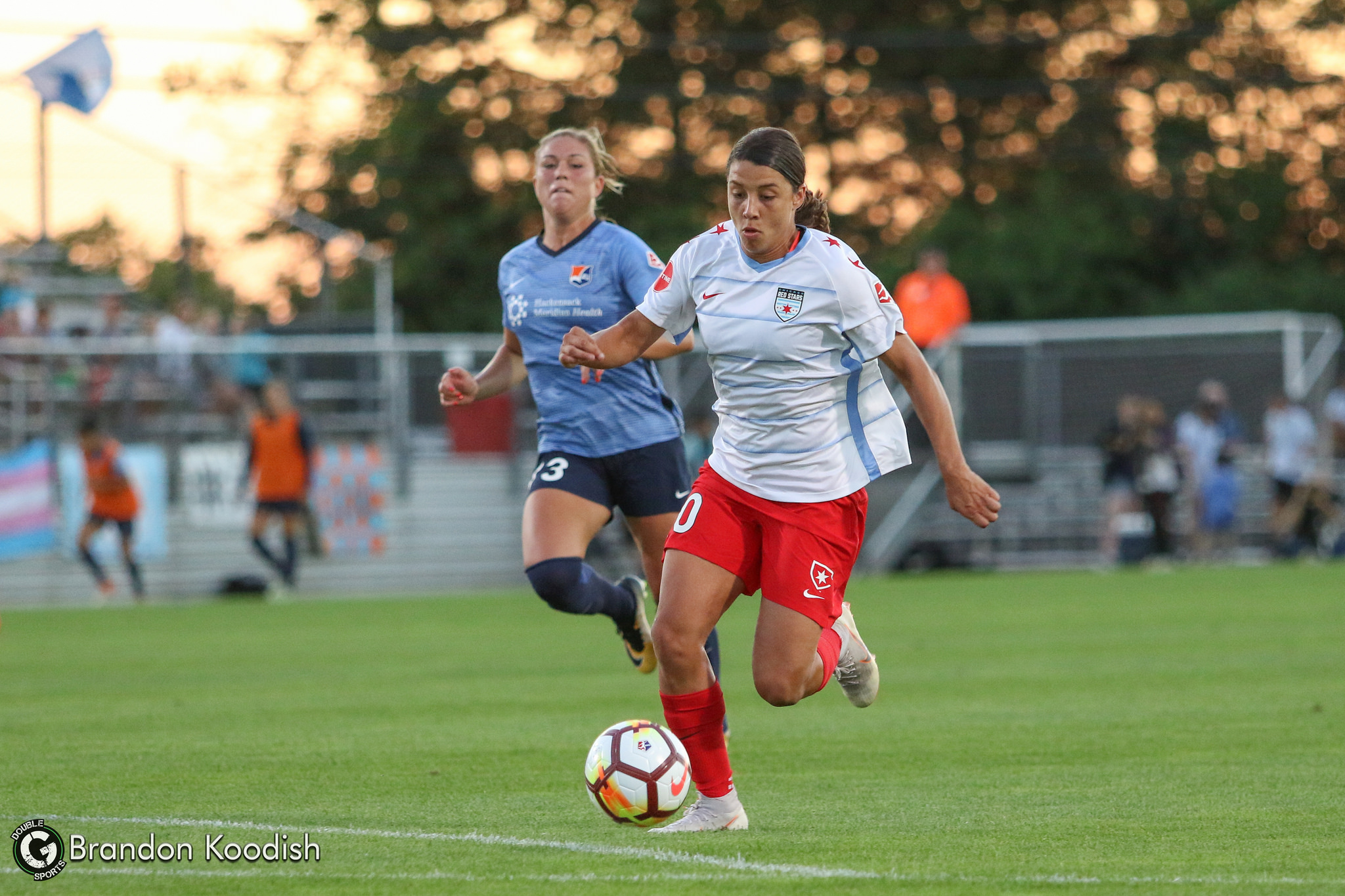 Indeed, it was a bittersweet moment for Sam Kerr. This match marked the first time she was back at Yurcak Field since she left the NJ team for the Chicago Red Stars. Although, there were reasons to celebrate for the Red Star’s player, instead, when asked how she felt about being back in New Jersey, Kerr expressed her sadness.

“If I’m honest I didn’t enjoy it. I wish things were better here and that I could stay,” Kerr said. “I scored a hat trick, but I wasn’t myself today. I feel sad. I feel sick playing against these girls. They’re my life long friends…”

Kerr’s comments have caused a wave of emotions within Sky Blue FC fans. Due to her comments, fans, including Sky Blue’s official supporters’ club, Cloud 9, have taken to Twitter to express their discomfort with the team.

Sky Blue FC only earned a point after playing three matches on the road during NWLS weeks 12 & 14. After losing against the Orlando Pride (2-3, June 16), the NJ team earned a hard-fought draw against the Portland Thorns (1-1, June 27). However, they lost again against the Utah Royals (1-3, June 30).

Losing the match against the Chicago Red Stars at their home field added to their 14-game winless streak.

The first forty minutes of the match seemed promising for Sky Blue. There were back and forth plays for both teams. Although, the NJ team was able to produce good opportunities to score, Alyssa Naeher kept denying Sky Blue. The first of Sam Kerr’s hat-trick goals gave Chicago the advantage at the 40th minute. It was 1-0 at half time.

Coming into second half and in less than a minute, Kerr would score the 2-0 for Chicago, leaving her name on the books as the first player to score 50 career goals in the NWSL. Kerr’s third goal would come at the 63rd minute, 3-0.

Sky Blue continued to fight and Imani Dorsey would get on the board with her first professional career goal at the 73rd minute to put Sky Blue 3-1. Unfortunately, that is not enough and the NJ team concedes, yet again, another three points.

Petpalooza is going to be the theme for the match, as part of Sky Blue’s Theme Nights Series. If unable to attend, the match will be live-streamed on go90.