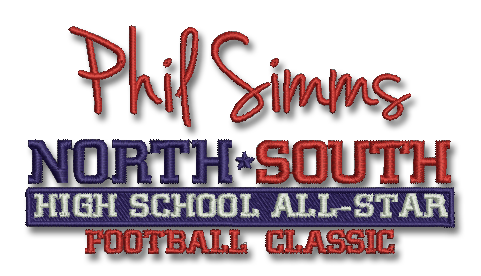 The game began as a defensive battle, as both teams could not get the running game going. The kicker for South had the first chance to put points on the board, but his 33-yard field goal hooked wide right, keeping the game scoreless. He did, however, nail a 45-yard field goal to end the first quarter with a 3-0 South lead. At halftime, the North led the South 7-6.

The South came back strong on the first play of the second half, returning the second half opening kickoff for a touchdown to retake the lead, 13-7. The North responded with a shovel pass that turned out to be a long touchdown pass to give the North the 14-13 lead. Unfortunately, the South scored the next 10 points, and intercepted a pass as the North were driving to what most expected to be a 23-14 South win. Unfortunately, the South QB was sacked and fumbled three plays later. The fumble was recovered by the North. They scored to make the South lead cut to 23-21 with 3:45 left.

The North had a chance to drive down the field to score and win the game, but with no timeouts and only seconds left, the South defense recorded a sack to end the game at 23-21. Each team earned an offensive and defensive MVP.