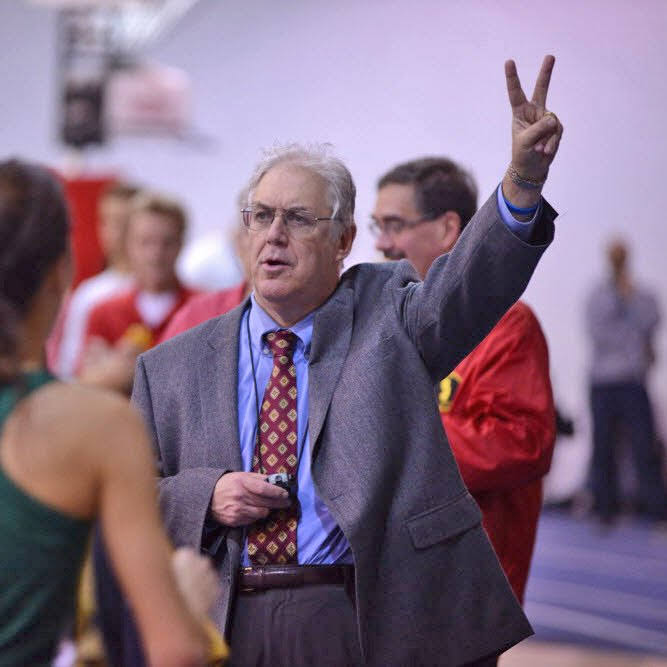 Born in New York, Paul Schwartz and his family moved to Teaneck, New Jersey when he was 16 years old. Without any formal journalism training, Schwartz’s first opportunity to learn his craft was when he attended Teaneck High School.

“Every high school would be responsible for calling in basketball and baseball games into The Record and we would get a couple of bucks for each game,” said Paul Schwartz. “The person on the other end of the phone would take the information. We would give them one paragraph summaries and I was pretty good at it.”

His experiences sound similar to those of many sports media professionals… but Schwartz took it even further.

“I was also the manager of the football, basketball and baseball teams,” he added. “When the reporters would come, I always had extra information for them and guess they liked what I did.”

During summers, Paul Schwartz also became the official scorekeeper and statistician for youth baseball leagues. It was only a matter of time before his big break.

For Schwartz, the big break came when reporter Augie Borgie took interest in Schwartz’s work and offered him the opportunity to write a couple of paragraphs about 1969-1970 a local championship baseball game he was covering. Soon enough, Schwartz was being compensated for his work and also began to cover the Connie Mack and American Legion Championship Games.

“I wrote a story on the six games that were held that day,” Paul Schwartz described. “They asked how do you spell your last name and it said by Paul Schwartz, special correspondent and my very first article appeared in The Record, the day after my 20th birthday on July 20, 1971. [The Record] knew I was going back to Junior College, but said ‘when you come back for Thanksgiving would you cover a game?'”

“One thing led to another and all of a sudden I was writing regularly.”

After graduating from American University and moving on to NYU School of Law in 1973, Schwartz found himself meeting more prominent sports journalists who offered him additional opportunities.

First, when working at Two Guys department store in the summer, Schwartz met Bob Kurkland, a sports editor who offered him an opportunity to cover tennis, including the U.S. Open at Forest Hills.

“I happened to know a very well renowned tennis reporter, Peter Bodo, who at the time was working for The Herald News,” Paul Schwartz explained. “Billie Jean King was supposed to play Bobby Riggs in the famous battle of the sexes, but had to default. This was only a few weeks before the U.S. Open tournament. We knew where Billie Jean and her husband were staying at the time and we got an exclusive interview.”

While in law school, Schwartz found himself balancing both sports writing gigs and legal clerking.

“Our last classes would usually end around noon on Thursday. I got a job doing some legal clerking work in Hackensack [New Jersey] and would spend Thursday afternoon and all day Friday at the law firm,” said Schwartz. “On Friday nights I would cover a football or basketball game and cover something else on Saturday, then take the train back on Sunday.”

Fast forward 50 years and Schwartz has found himself at the pinnacle of his career due to his dedication.

The key for Schwartz when it comes to sports writing has always been the preparation.

“The approach to track and cross-country is separate from other sports because of my experience and what I have done in advance,” Schwartz explained. “Let’s say it’s in a normal season I’m getting to preview the Bergen County Girls group cross-country championships. I don’t have to do a lot of deep research because I’ve already written about that stuff so it’s just a matter of putting it together and crystalizing into a story for that week.”

For his coverage of track and field, Schwartz has received numerous prestigious awards including the Stan Saplin Award by the Armory Track Center in New York, the Allen Dawson Award from the New National Scholastic Sports Federation and Jesse Abramson Award by the Penn Relays for excellence in reporting on track and field.

“I credit the incredible track and field, cross-country and sports community for giving me a second opportunity,” Paul Schwartz expressed. At the Penn Relays, I’m leaning out the window and hear my name and turn around with Johnson presenting me with the Abramson Award.”

“It’s probably as close to the highest award you can receive as a track and field writer in the country. I really didn’t know what to say and to be honored by my peers and friends is so wonderful. It also makes me aware of how I represent my community and profession.”

Paul Schwartz credits his cousin Gary Gubner for making him fall in love with the sport.

“I loved track and field as a kid, I would always go to the Old Garden and watch track meets because the Millrose Games was five or six meets a year back then.

Over the course of a remarkable 50-year career of sports writing, Schwartz has covered some of the most memorable games in Bergen County high school sports history, starting with a thrilling Group 1 baseball championship game in 1977. In this game, Park Ridge defeated Florence 1-0 in 13 innings.

“Park Ridge was going to back-to-back state championships, but someone had written in the newspaper that it was going to be their first appearance and I said that was not right,” Paul Schwartz remarked. “I go back into my clip file at the time and I had called it in and we made the correction.”

“What’s really interesting about the Edgewood vs. Pascack Valley game is one of the lucky breaks where I got the introduction to girl sports in the ’70s,” said Schwartz. “I was the low man on the totem pole when girls sports was just starting and I got to cover a lot of Jeff Jasper’s games at the beginning of his amazing career.”

Perhaps one of Schwartz’s dearest memories is when Demarest knocked off Rutherford in two overtimes in the 1985 Bergen County Jamboree Final.

“The Bergen County Jamboree is one of my favorite basketball games of all time. [It was] two undefeated teams that went to double overtime.”

What makes this game so memorable?

Besides the exciting level of play, it was the opportunity to connect with the late John Ensslin, a renowned journalist, and relive it all over again. “We came up with a video of the game, watched it and talked about it on a podcast. I got an e-mail from somebody who had the tapes and now I have my own DVD of the game,” Schwartz said.

Like his connection with Ensslin, one thing Paul loves is the comradery among fellow journalists.

“We have a remarkable staff here at The Record and northjersey.com. Dave Rivera has been with us for 30 years and to have him as my boss now is really terrific. The assistant sports editor Zach Miller has been with us for five years and done a terrific job. Greg Mattura, Greg Tartaglia, Sean Farrell, Nick Gantaifis and our clerks Joe Ragozzino, Zito and Ryan Rivero are all great.”

“We work really well together and bounce things off each other and come up with terrific ideas. Our high school columnist Darren Cooper is the best guy, we talk three to four times a week and is just everywhere,” Schwartz added.

It’s not just the people at The Record and northjersey.com that Schwartz has learned from and developed friendships with.. After all the profession is all about connecting with others.

“I was fortunate enough to know my old friend Jim Lambert for thirty years and share a byline with him.” Lambert was at the Star-Ledger for many years and went to NJ MileSplit. Then, there’s Jerry Carino and Elliott Denman from the Asbury Park Press.

And because of his nature, Paul Schwartz has mentored some of the top athletes and professionals, including some of the names you recognize at ESPN and New York Times, Ken Davidoff, Kimberley Martin and Dianna Russini. “I covered Dianna in her one year of high school running.”

“My wife Wendy and I have been married 23 years. I’m a stepfather to her son Drew who is getting married next May. He is one of the greatest kids in the word, and his fiancée Maggie is wonderful.”

I have been blessed with a family that puts up with me… My wife is not really a sports fan and she knew what she was getting into when she married me, but she puts up with a lot of late nights,” Schwartz said with a chuckle.

And like Schwartz, journalists have all had to adapt to changing times. With this pandemic there have been challenges and tragedy, but Schwartz’s best advice is to persevere.

“I would be passionate about what you are doing. If you cover your sport well, you will be noticed. It’s harder now, so if you don’t use a website like this, use a blog, social media and develop an expertise for it. And never, never underestimate or talk down to your audience and mail it in.”

For the full interview, watch below on the In The Zone YouTube page.