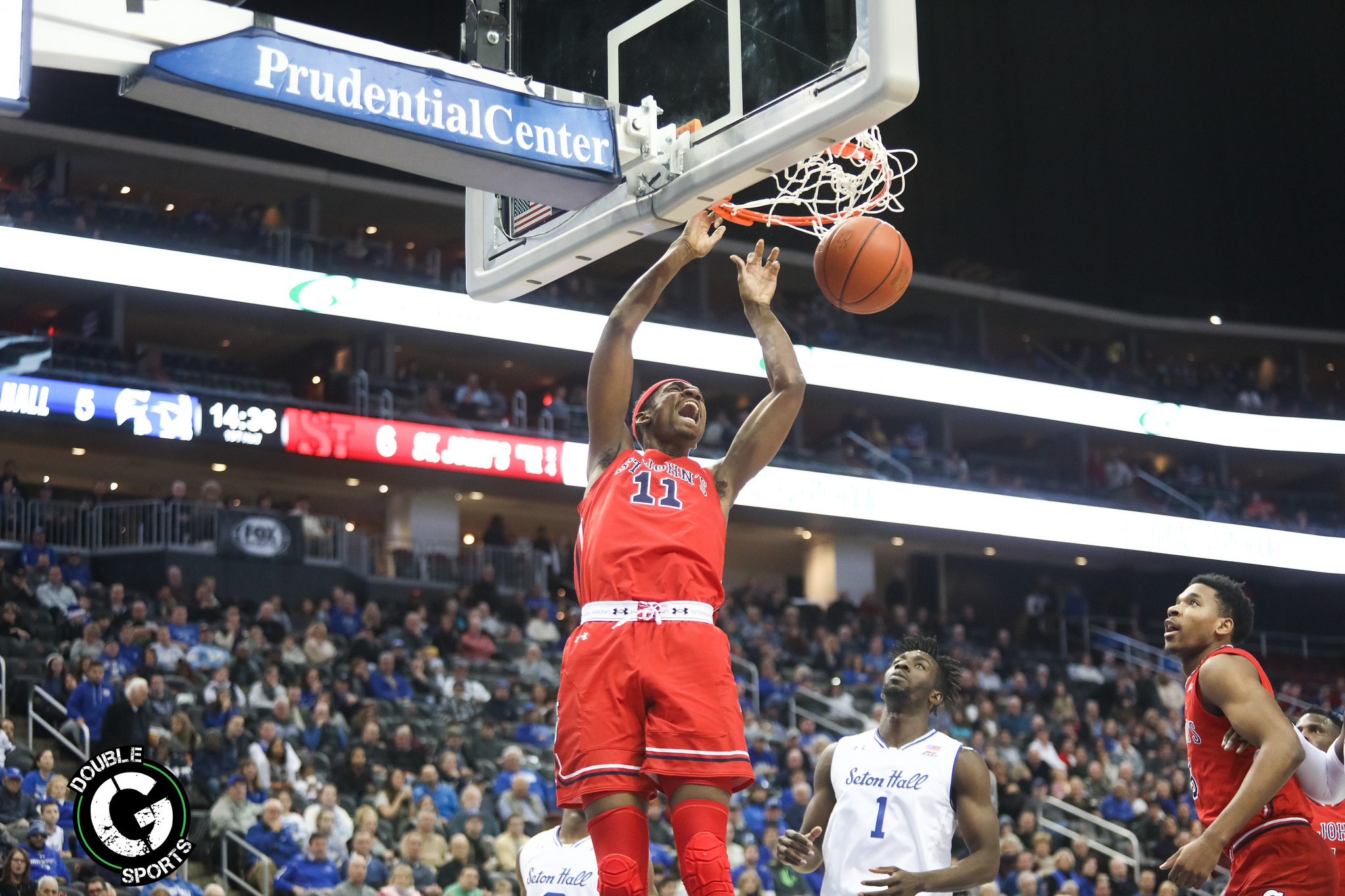 St. John’s Brings Down Both #1 and #4 Teams In Less Than One Week

It was a crazy week for New York City’s own St. John’s Red Storm. The now 12-13 Johnnies were 0-11 for conference play a week ago with 11 straight losses without any wins in the month of January. New month, new team; February has so far been good to the St. John’s Men’s Basketball team with the underdogs terminating both #4 Duke and #1 Villanova to put some respect on the team’s name!

These games have not only been a good look for Head Coach Chris Mullin, but have also brought much light to the team’s superstar, guard Shamorie Ponds. Ponds, a Brooklyn native, put up 33 points against Duke and 26 points against Villanova. He was also named BIG EAST Player of the Week . Coach K even expressed some praise for the 6.1 guard and gave St. John’s their much needed credit after the 81-77 loss at Madison Square Garden on February 3rd.

Ponds’ success is not new for the 2017-18 season with him scoring double digits in 21 games this season, with 12 of those games being over 20 points per game. He also made history with reaching the 1,000 career points mark in the team’s last loss which was against Xavier. If this doesn’t officially put him on the map for a future chance to play in the NBA, I don’t know what else would.

The win against Nova also brought about double digits from Marvin Clark Jr. with 15 points, Justin Simon with 16, and Bashir Ahmed with 10. It seems as if the Red Storm are finally finding out how to mesh together to get some wins and showcase the much hidden and overlooked talent that the team holds. With only six conference games left, a hope to keep a win streak is in the sights for the Johnnies and to then take it all in the BIG EAST Tournament for the team’s chance at dancing for the 2017-18 Post Season during March Madness.

The St. John’s Men’s Basketball team is back at home (Carnesecca Arena) for a Noon game against the Marquette Golden Eagles. You can also watch the game on FSN.