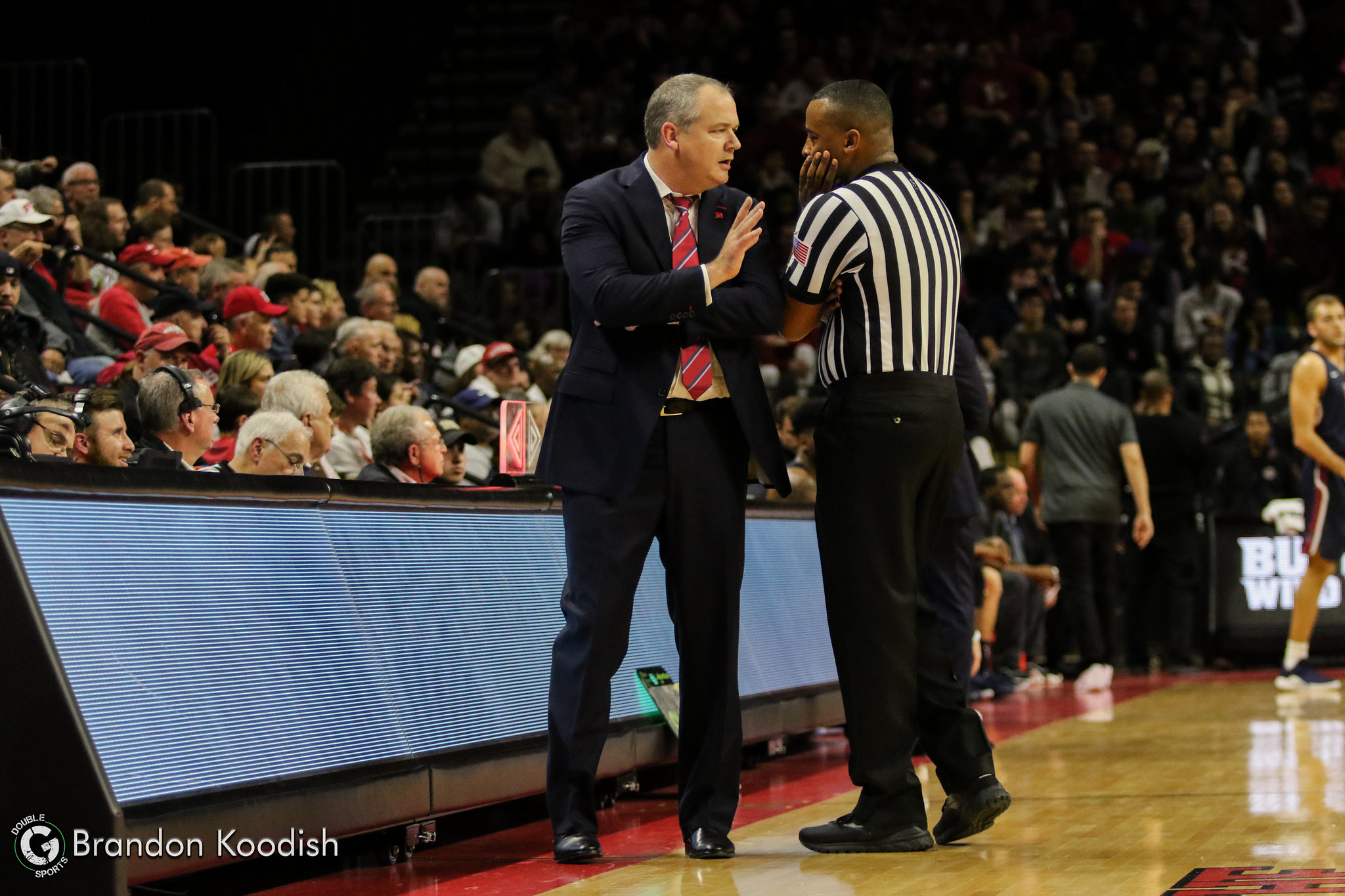 The No. 25 Rutgers men’s basketball team didn’t just waste 26 offensive rebounds in a 69-63 loss to Michigan on Saturday at Madison Square Garden, it wasted 26 opportunities to assert itself.

But does head coach Steve Pikiell feel like his team let one slip away?

“No,” Pikiell said in the postgame press conference. “Opportunities come … We got nine more great opportunities … This is a league where anything slips. We’re having a great year.”

Whether Pikiell admits it or not, a win would have put Rutgers (16-6, 7-4) in a tie for most conference wins in the Big Ten. The Scarlet Knights, who are still a top-four team in the standings, also missed out on their second road win of the season, at the closest venue they will play a road game all year. Instead, they fall to a 1-6 away record.

“Everyone’s been having trouble on the road. This league is a monster.” Pikiell said.

The other three teams in the top four, Illinois, Michigan State and Maryland, all boast multiple wins away from home. Rutgers is the only team with less than two.

Now, Pikiell and his squad are officially in the back nine of their season with just nine games to go, and it won’t get much easier than it would have been today. They have a real road trip in two days at No. 15 Maryland, with contests against No. 19 Illinois and No. 24 Penn State still to come.

“Every game poses different challenges. You probably had one of the best big guys and point guards in this game. We’ll have different challenges against Maryland, two days prep time and get ready to go,” Pikiell said. “Tomorrow everyone will be enjoying the Super Bowl and we won’t.”

When they return to the RAC (Rutgers Athletic Center) on February 9, the Knights will play Northwestern in front of their seventh sellout crowd of the season. In fact, all four of their remaining home games will be in front of a sellout crowd. The program announced earlier this week that they have sold out every home game for the rest of the season.

Pikiell and company have already proven that this year is different based on their performance in Piscataway alone, with a 15-0 home record, the best in the country. Every game at the RAC is now shrouded in an aura of legitimacy, something that hasn’t been felt at the building in 16 years.

But they won’t be able to take the RAC and its crowd with them when they head to Indiana for the Big Ten Tournament in March, or any host city if they qualify for the NCAA Tournament.

The Rutgers crowd that filled half of Madison Square Garden wasn’t even enough to lift Rutgers to a win over a tenth-place Michigan team. It’s not a performance that reflects well for the Knights’ chances in College Park on Tuesday, against a Terrapins team that is also unbeaten at home.

While the best home record in the country is a legitimate accomplishment, it’s hardly a dramatic outlier compared to every other Big Ten team that is dominant at home.

The Knights have had the privilege of playing more games at home than any of their conference rivals. It’s a privilege that’s boosted the program out of the depths of irrelevance in the regular season, but in college basketball, legacies are built at neutral courts in March.