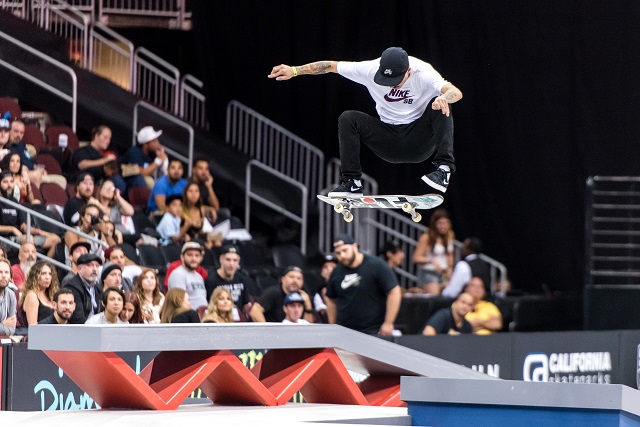 The 2015 Street League Skateboarding (SLS) Nike SB World Tour landed in Newark, NJ this past weekend. The tours full line-up of all 25 SLS Pro skateboarders were on display at Prudential Center.

The professional riders gathered to try and make their final claim on the eight sports in the upcoming SLS Nike SB Super Crown World Championship.

The skateboarders did not disappoint. As expected, they spun, glided, and twisted in what was one of the most competitive events this season.