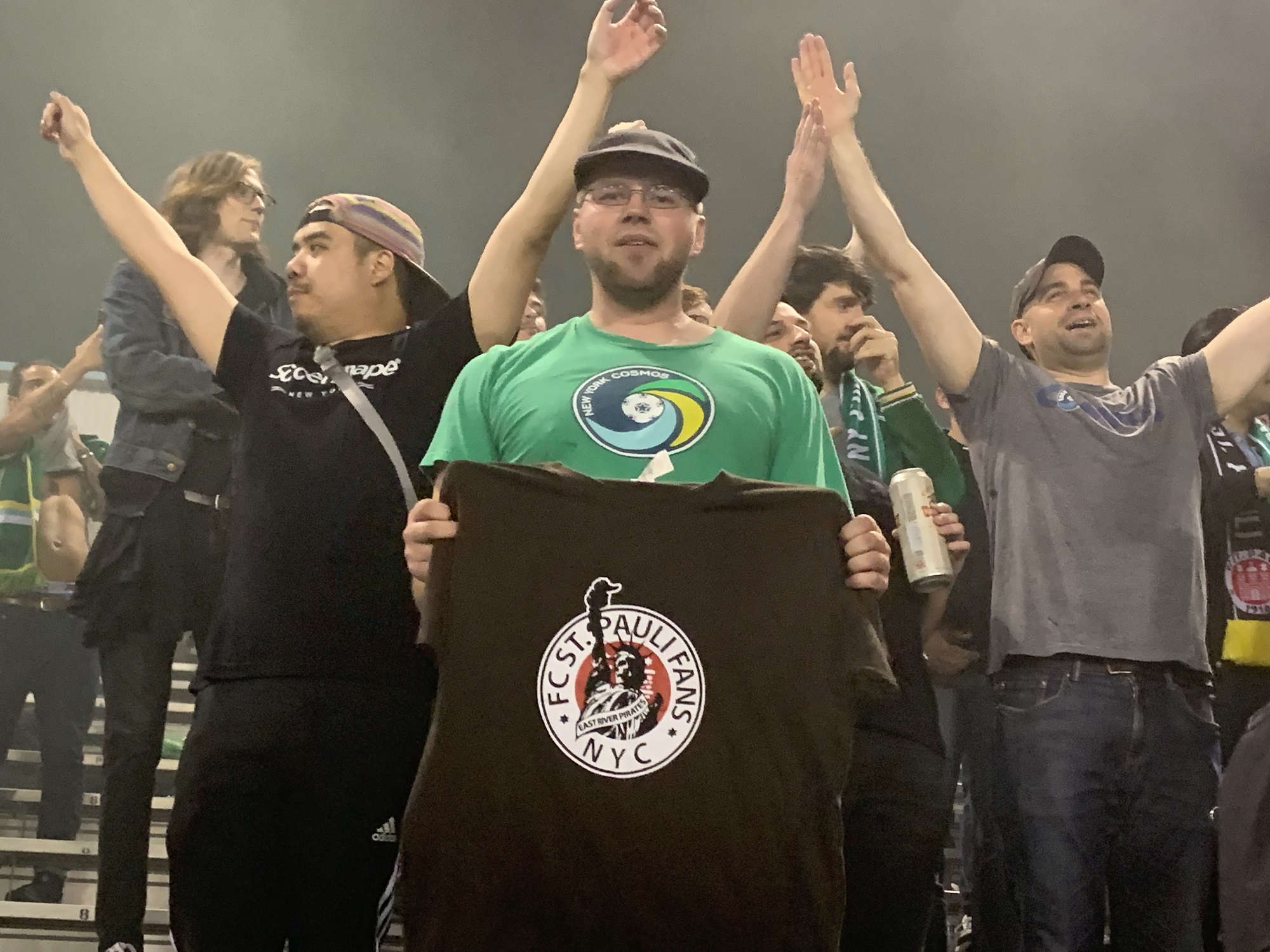 Supporters of New York Cosmos and St. Pauli bond over more than soccer

For more than one reason, it was once-in-a-lifetime game. On May 23, the New York Cosmos hosted their first international friendly game, since 1985. It was against FC ST Pauli – a German team from Hamburg. There was competition and rivalry on the field but, in the stands, you could feel a different atmosphere; the supporters from both teams don’t “hate” each other.

St. Pauli supporters walked towards the New York Cosmos fan section a few minutes before the final whistle; but, why they would do that? “Just to prove there was no rivalry or any bad thoughts between the teams,” said Jonathan Vaca, a St. Pauli supporter.

The core values and politics unites this “brotherhood”. A lot of fans support these teams far beyond the end score or the talent. “What they represent, what they do for fans, for people, that’s what captivated me,” said Vaca

When it comes to politics and sports, Sami Allagui, the ST Pauli player thinks they do go together. “I think we are one of the teams in Germany who shows it, in every game and every situation we can do it,” said Allagui. 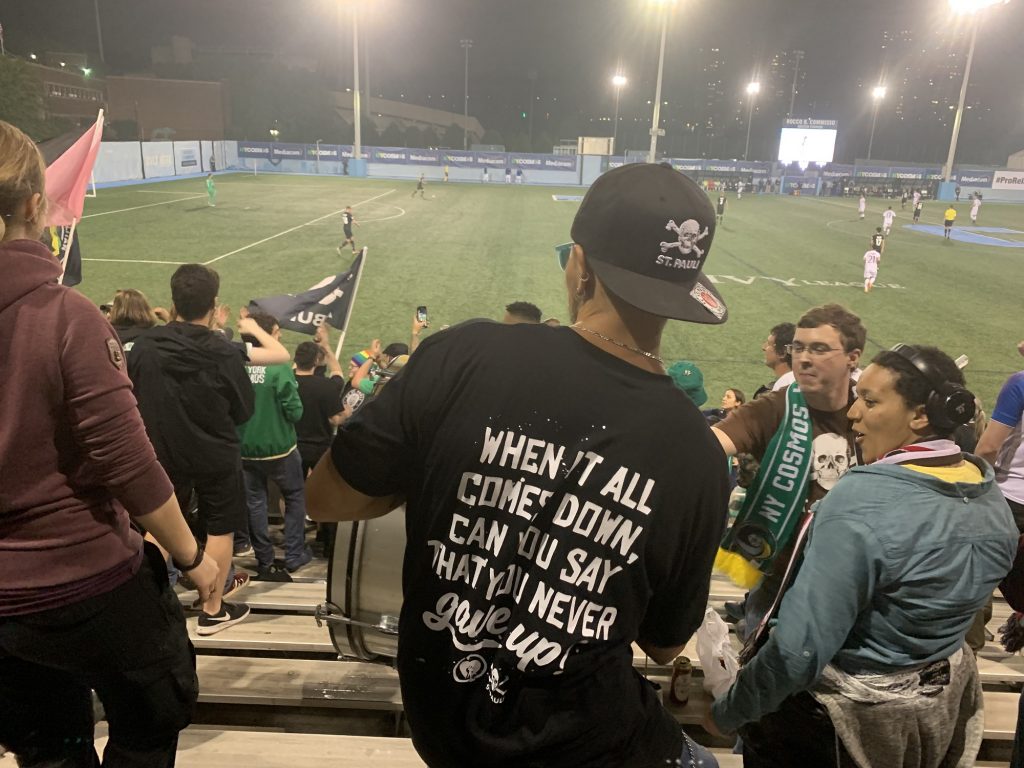 During the game, I met Ace Arcus, a ST Pauli fan, who admitted if it wasn’t for the principles the team follows and what they stand for, Arcus wouldn’t have found soccer. “I actually wasn’t involve in soccer before I found out about St. Pauli,” Said Arcus. “But I heard about this cool anti-fascist soccer team. I met the St. Pauli club in Buffalo and we started going to the F.C Buffalo games too, so I’m pretty into soccer.”

New York Cosmos fans had shirts that read, “No racism, No Sexism, No Homophobia.” When the St. Pauli fans started walking towards the Cosmos section, they welcomed them, and for the last 10 minutes of the game they were singing as if they were rooting for the same team. In fact, they are rooting for the same team, maybe not the same soccer team, but yes, they do root and stand against similar beliefs.

“I think, the score, it doesn’t matter, it was a nice ambience. Our fans, even the fans from the Cosmos, they had fun. We had fun on the pitch. It was good, it was a good friendly game,” said Allagui.