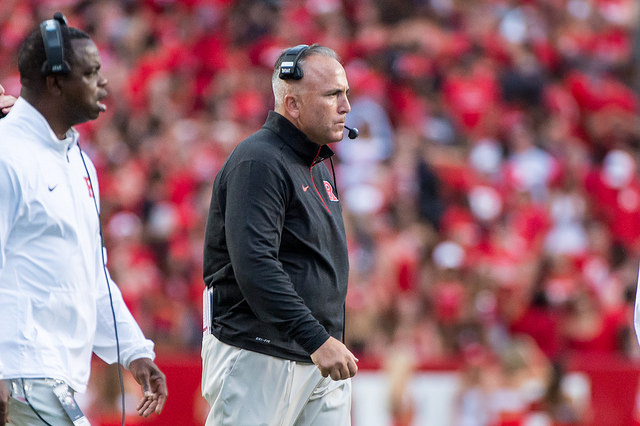 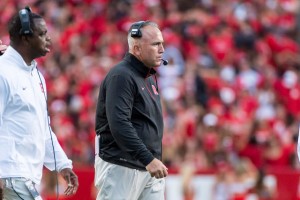 The players make the program and they ultimately determine the success on the field no matter how good or bad a coach is. Recruiting the right players who want to be at a school, are talented, and are loyal is hard to do. Rutgers had their only bye week of the season last week, and over the weekend the coaches went out to different high schools to see kids they are recruiting and ones that already committed. Interim head coach Norries Wilson said during his conference call last week,”this is our only bye week this season and we feel like it’s important to go out and see as many kids as we can see and make sure our faces are seen and see coaches and keep building relationships.”

In a day and age where decommitments are becoming the norm, it is still frustrating for coaches and fans when one chooses to jump off the ship.

Rutgers football recruiting class of 2016 took a hit late September when Florida defensive tackle Jarrod Hewitt backed out of the class. He is presumed to still hold Rutgers in high regard, as Jarrod’s father, Steve, says “Rutgers is not out of it. Theyve just got some cleaning up to do.”

With 18 current commitments in the class, it is almost filled up to the max. DoubleGSports.com connected with Richard Schnyderite of TheChopNation.com (which is apart of recruiting website 247Sports.com) for deep dive Q&A on Hewitt, how the high school athletes are affected by the off the field problems surrounding the Rutgers program, how many players Rutgers can still take, and who might still be available that could pledge to be a Scarlet Knight.

1. What would you say is the perception of the recruits is with all the off-field issues with Head Coach Kyle Flood’s suspension, arrests and dismissals of a couple players, and the impending arrest and trial of WR Leonte Carroo?

RS: Well as you know Carroo was cleared and Coach Flood is back next week but for the most part most if not all targets/recruits said it doesn’t really affect them.

2. I know 2016 DT Jarrod Hewitt recently decomitted from the class, do you think him leaving will cause a snowball effect?

RS: No snowball effect here as Hewitt has always talked up other schools while being committed. Such as, former Big East foe Virginia Tech, where had plans to officially visit too even when committed to Rutgers. Although Hewitt did say that Rutgers is still near the top of his list, he just wants to make sure he has the right decision.

3. The 2016 class currently has 18 commits, do you have an idea how many more will join the fold?

RS: Originally at the beginning of the season it looks like Rutgers would only take 19-20 kids but with the dismissals of some players it now looks to be somewhere between 23-24 recruits this class.

4. Who is Rutgers still going after (positions/specific players) for the 16′ recruiting class? Who do they have the best chance in landing?

RS: Chinedu Udegou – Very good chance they land Uedgou. He is currently down to Cal & Rutgers, should be deciding sometime later this week.

Tony Butler- Solid shot. Butler just released a top 5 (No Order) of Rutgers, Arizona, State, Clemson, Syracuse, & Minnesota. He is set to decide after the season.

Henry Miller- Solid shot. Miller actually recently just scheduled and Official Visit to Rutgers for the Ohio State game. He has a ton of offers but with the chance to play almost immediately at Rutgers could play a big factor.

Jordan Fuller- Jordan’s recruitment is a little tougher than the others I mentioned, as the main competition here seems to be Ohio State & UCLA. His older brother Devin Fuller who once favored Rutgers plays for UCLA. This one is going to come down to the wire.

5. What recruit or recruits have stood out that Rutgers should be most excited about that are committed so far?

RS: LB Jon Pollock- The kid is just a flat out leader on and off the field. Every class has that one leader and in the class of 2016 it’s him. Although he is currently injured right now, he is still recruiting harder than ever for the Scarlet Knights. He actually just received the honor of being selected to the 2016 Offense-Defense All-American Senior Bowl, where he joins some fine company. (Rosters: https://bowl.o-d.com/roster)

K Alex Barbir: Alex Barbir is killing it this season as 30/32 of his kickoffs went for touchbacks. Barbir will provide something Rutgers hasn’t had in a while a powerful & confident kicker. Below I linked a video of a 71yd field goal that Barbir made during the offseason. (71 yd Field goal: httpss://www.youtube.com/watch?v=GrfkCrUiwgM)

6. What does Rutgers need to do keep the home state top Jersey guys home? What is the perception of Jersey recruits in your eyes on why they seek to go elsewhere.

RS: The number one thing and it’s been repeated over and over again is you have to WIN in order to keep the big names from NJ to stay home. Have to win a lot to make the NJ kids want to stay in state and play at their home state school in Rutgers. What is the perception of Jersey recruits in your eyes on why they seek to go elsewhere.

Rutgers hasn’t solidified itself as a perennial top 25 team. Once you do that I think you will start to see a change where slowly more and more NJ kids will start to consider staying home.