People of various backgrounds joined together in New York City for a great cause.

Even through the darkest of times, society has been known to band together for a common cause. That was the case on Friday, November 10th at The Ainsworth, when Breanna Morello hosted a sports mixer that had celebrities, family, friends and a few local supporters. What was the reason for this get together? A chance to make a difference and support Team Peri and Chai Lifeline.

What exactly is Chai Lifeline you ask? It is an organization that provides support (emotional, social and financial) for more than 4,500 families. A child that may have an illness can join the organization knowing that they will have a system looking to better themselves. One of their premier programs is Camp Simcha, a one week program where hundreds of kids escape the real world and have fun. The message there and for the organization as a whole is pretty simple: having an illness does not define you. There are special aspects of the camp that help comfort those who need special care, like having handicap accessible amenities. They also provide treatments for those who have cancer. In regards to funding, Chai Lifeline does not charge the parents, it’s all done through donations. That is where the magic happens.

While Chai Lifeline is the main organization, Team Peri is an extension of it. Breanna has a special place in her heart for Team Peri. Peri Finkelstein, 17, was born with a rare form of Muscular Dystrophy. She is confined to a wheelchair, but that has not stooped her. After Breanna met her through a mutual friend at a charity event hosted by former Met and current SNY analyst Nelson Figueroa, she realized Peri is an unstoppable force. Peri has raised over $400,000 for Chai Lifeline while participating in the Miami Half Marathon for years now. Breanna realized after meeting Peri that she wanted to help make a difference.

The same could be said for the celebrities that were involved in this event. From Jim Duquette to former Knick Larry Johnson, there have been a wide variety of supporters for Team Peri and Chai lifeline. Just like Breanna, this organization holds a special place in the heart of Nelson Figueroa. The former pitcher met Peri in 2009 at Citi Field, where she made personalized “Team Peri” bracelets for him and David Wright. Years later, they reunited via Facebook and continue to have a bond like no other. He also believes Peri is the strongest person he knows and he would do anything to help out. He has raised over $200,000 for Team Peri and Chai Lifeline all on his own.

Speaking to Nelson at the mixer, he discussed his involvement with Chai Lifeline and Team Peri. Going to Camp Simcha with Breanna and seeing the energy of the kids there was an amazing experience to him. Over time, Nelson would try and find ways to help, whether it involved outings or celebrity involvement. While sporting events were an option, Alan Dershowitz helped come up with a plan that required nothing but a person’s time. Someone like Donnie Wahlberg can offer a deal for Wahlburgers, but can add him joining in on the dinner as a bonus. In regards to time, Nelson said it best when he stated:

The gift of time is more important to people than just signing autographs, taking a quick picture, etc. One person showing up to these events can lead to another, and another, and maybe that person can bring friends down to the Miami Marathon and help out.

Overall, the event was a great success, with various people providing donations for raffles. The goal is to have another event next year, sooner rather than later. Another goal is to include more families into the mix. 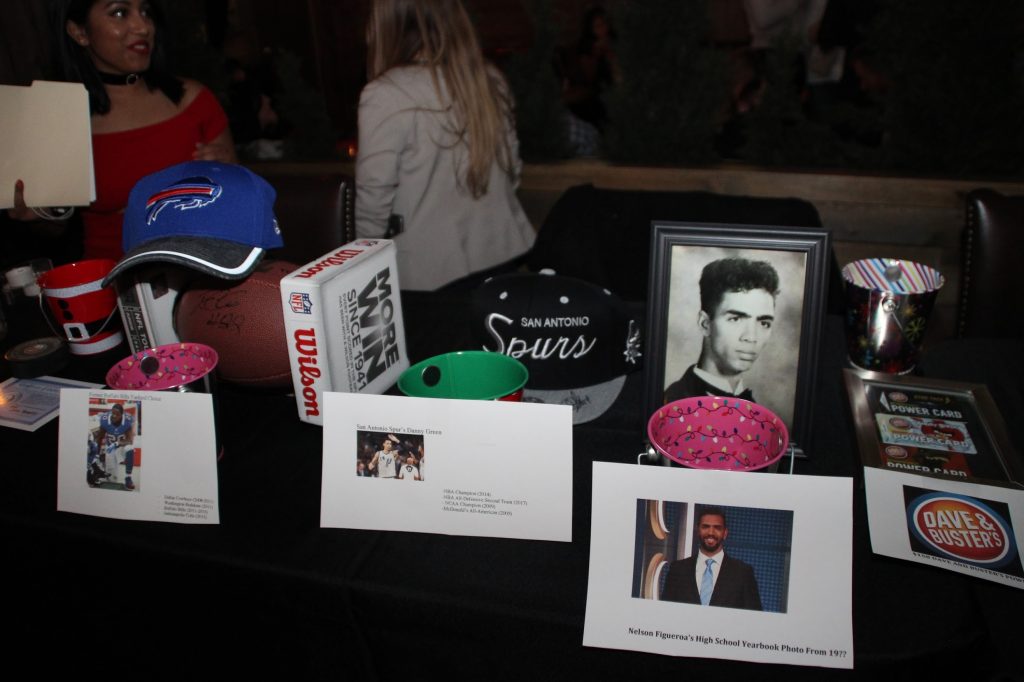 When asked how to involve those who may not know about the program, Breanna knew how to get the point across. She stated:

Raising two kids who are healthy may be difficult, but raising one with a disability or illness is unimaginable. For those people actually going through that situation, Chai Lifeline helps them by providing financial support, tutors, etc. Any parent or basic human being can understand and come to an agreement that something can be done.

Peri is a true warrior. She has shown that through her efforts in the Miami Marathon and in life in general. Once told she would never walk again, Peri continues to break down barriers and show that anything is possible. Breanna and Nelson have fully committed to the cause, one that has made a true difference in changing the lives of children like Peri forever.

To donate to Chai Lifeline, check out the attached link. For more on Team Peri, check out the Facebook page. You can also sign up and donate on Breanna’s runner page.