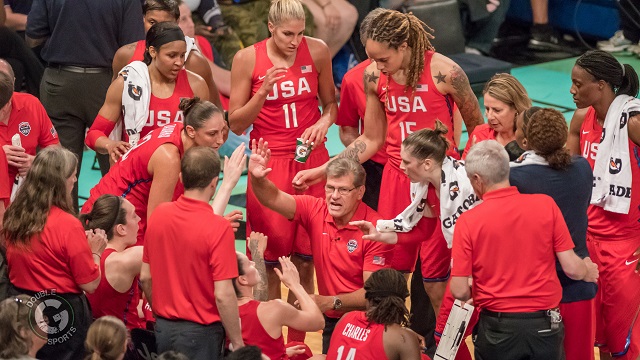 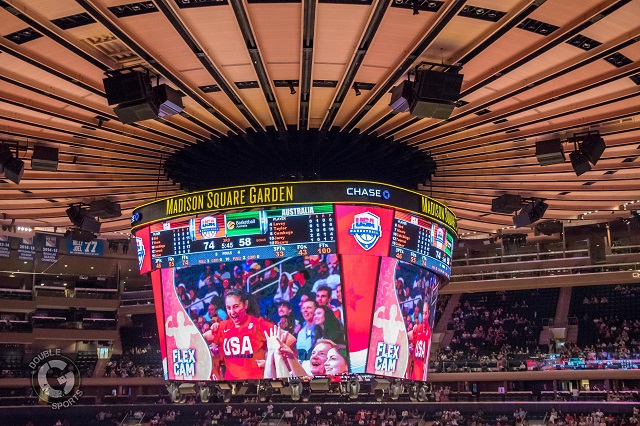 For this summer’s USA Olympic Women’s basketball team, the 2016 Rio Olympics will likely represent the end of an era. For players like Lindsay Whalen (age 34), Diana Taurasi (age 34), Sue Bird (age 35), and Tamika Catchings (age 37) this summer may represent, possibly, their last Summer Olympics. Team USA 2016 features the new generation of players such as Breanna Stewart and Elena Delle Donne on the team as they made their final stop on the USA Basketball tune-up tour on Sunday afternoon. The result was a 104-89 win over Australia in front 13,520 fans at Madison Square Garden.

Team USA started slow as Australia took an early 17-11 lead as slow shooting hampered the United States early on. The slow start didn’t last as the USA ended the first quarter on a 17-8 run to end the quarter with a 28-25 lead, led by Delle Donne who scored 11 points in the first ten minutes of play. The second quarter saw Team USA extend the lead when their pressure defense began to stifle Australia, which led to easy numerous easy points in transition for Angel McCoughtry who scored 12 points in the first half. The US led 54-48 at halftime in a game where the United States should have been ahead by a lot more, if not for Australia’s Leilani Mitchell’s 16 points that kept Australia in the game.

“We’ve got to get better defensively end in a couple of areas and we will,” said USA coach Geno Auriemma. 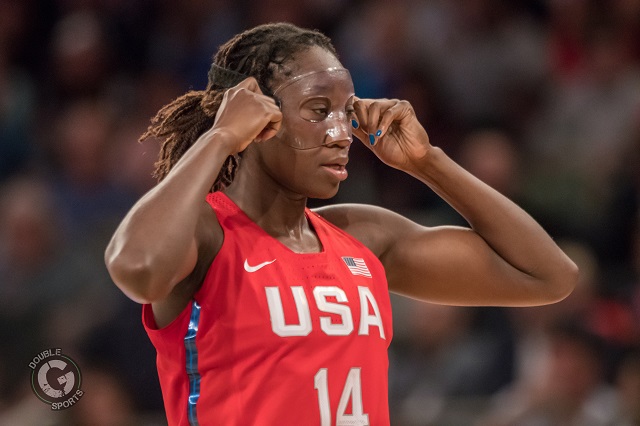 In the first 4+ minutes of play in the second half, the US went on a 20-10 run to stretch their lead to 74-58. Taurasi scored 12 of the 20 points for Team USA during that run which put the game out of reach for Australia. Team USA led 89-71 after the third quarter with a score that would rival the end of a game, not one with a full quarter remaining.

The fourth quarter featured more lapses on defense for Team USA as Australia was able to recued the lead to 12 but they got no closer as in the end Team USA’s defense ratcheted up the pressure once again in the closing minutes of the game. Team USA were led by Taurasi’s 20 points while Della Donne finished with 19 points off the bench. Australia was led by Elizabeth Cambage who finished with 22 points and eight rebounds as this was Australia’s final exhibition game before moving onto Rio.

“Obviously we played a great team. They’re as good as everybody think they are and they’ve got some terrific players and they are really, really hard to play against” said Auriemma. “It was a real test for us that we really needed at this particular time.”

“You try to tell everybody that winning a gold medal is not easy. You can see why, but I thought our guys were great.”

Team USA begins Olympic Group B play against Senegal on August 7 at 11 am. Australia begins in Group A against Belarus on August 6 at 6:45 pm.

In earlier action, the first game of the USA Basketball Showcase featured Canada versus France. In a sloppy game featuring over 20 turnovers apiece for each team, Canada held on and defeated France 71-63. Miah-Marie Langiois led Canada in scoring with 13 points and assists as she dazzled the Madison Square Garden with her ball handling skills throughout the game. Isabelle Yacoubou had a double-double for the France National Team scoring 14 points and grabbing 10 rebounds.