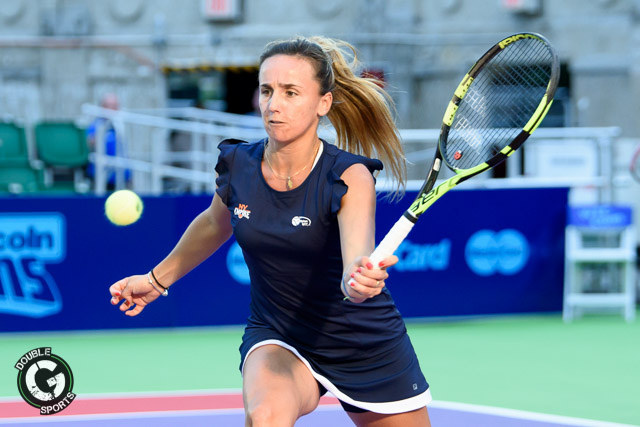 The season came and now it’s gone for WTT team NY Empire. NY Empire, whose home court was at the historic Forest Hill’s Stadium, looked to have a promising season. They drafted New Jersey native, Christina McHale, who was having a solid season on tour, and welcomed Andy Roddick, who hadn’t played in singles since retiring in 2012 (Andy plays the PowerShare Series but that’s against retired players). However, all that promise didn’t translate on the court as the NY Empire team struggled to win matches, sometimes even games in the individual events.

In his season debut at Forest Hills, Roddick spoke of his excitement playing with NY Empire. Roddick recalled playing WTT early in his career and benefitting from the team environment. When asked about the unique format of WTT, Roddick said he like that it was” in your face” and that it gives tennis fans “different options”.  Roddick said that with the normal tennis format, matches, at times, can be lengthy so he appreciates the quicker pace of WTT.   Roddick also appreciates WTT co-founder Billie Jean King for giving him the opportunity to play in WTT and he said that he hopes to one day match her off the court contributions.

On the court it was a struggle for Roddick.  In his first match Roddick at Forest Hills Roddick lost his singles match to the Washington Kastles Stephen Robert 5-3 (In WTT it’s first to five games, not the usual six games in regular tennis). In that event Roddick was broken in his first service game and was never able to recover. The following day Andy lost his singles match to Philadelphia’s Freedom’s Donald Young. Young was able to defeat Roddick 5-2. Despite his average play, one thing was clear; Roddick still has that booming serve. 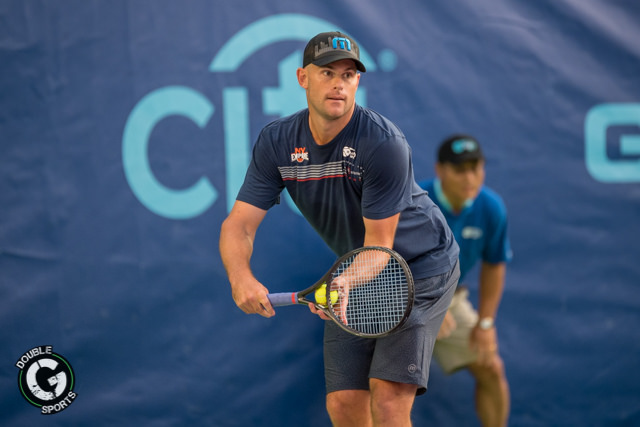 Roddick was not alone in his struggles. Christina McHale also saw little success on the court.  As mentioned previously, this was a bit of a shock considering McHale has performed solidly on the WTA tour. Though her results may not jump out, McHale’s ability to make third and fourth rounds was showing her improved play. McHale also gave Serena a hard fought battle at Wimbledon, taking a set from the world’s number one and staying close until the very end. With that said, that good play rarely showed up for Christina in her WTT tournament play. Christina participated in all the women singles events and out of a total of twelve matches she only won four. Furthermore, in the losses, Christina failed to win a game five times.

The story was the same in the other events. It didn’t matter if it was singles, mixed or doubles, NY Empire struggled to win games let alone events. NY Empire ended the season with a woeful 2-10 record. But still that did not take away from the electrifying atmosphere the players bought to the Forest Hills Stadium. Loyal fans were not deterred by the struggles the team faced. Even with NY Empire having insurmountable deficits, New Yorkers continued to cheer their heart out for the players representing their home state.   Perhaps they only thing fans cared about was seeing players fight and there was no doubt NY Empire was doing that.

Even though NY Empire’s season is over. There will still be tennis at Forest Hills Stadium. The stadium is host to the Mylan WTT finals and the Orange County Breakers and the San Diego Aviators will be looking to put on a good show. Tennis fans should come out and enjoy a night of tennis. The finals will be on Friday August 26 at 4:00pm.

Nathan Eovaldi to be sidelined until after the 2017 season
Veni Vidi Vesey: With Whom Will Jimmy Vesey Land?