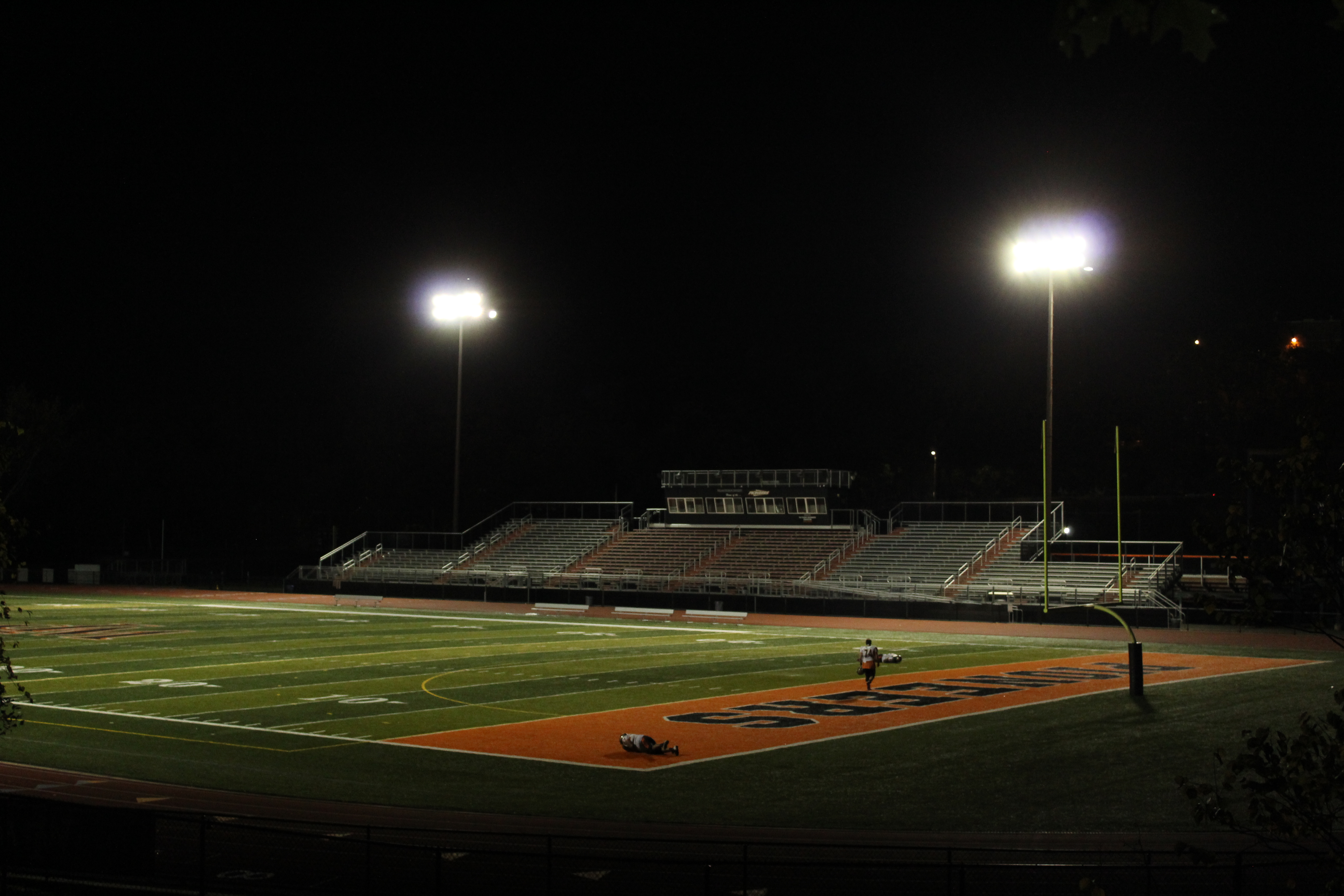 Running backs Terrique Reddick Marcel Mason is the leading reason why William Paterson football is moving back to relevance.

Last season, the William Paterson football team ranked last in the conference in rushing yards with a dreadful total of only 339 yards and 1.6 yards per attempt.

It’s been a completely different story this season. The Pioneers are currently ranked currently fourth in the conference in rushing yards with over 900 yards in just six games played.

What’s been the difference? Look no further than freshman running back Terrique Reddick and junior running back Marcel Mason, the new running back tandem in Wayne.

The duo is responsible for over 54% of William Paterson’s total offense, and despite their relatively short stature — Reddick is 5-5 and Mason is 5-6, they have been two of the strongest running backs in the conference this season.

This is actually Reddick’s first season with the Pioneers, as after having a memorable career at Woodbridge High School (N.J.), he took a two-year hiatus from the sport after graduation.

However, the itch for football forced Reddick to return to the game he loved. An opportunity arose at William Paterson after a family member had referred him to the football program here, and he knew that this would be a great opportunity for him.

“I had the decision to either go to Mount Union or William Paterson, and I chose to come here,” Reddick said. “I liked the environment here, and the players in this program work hard and are intense.”

Although Reddick knew that the Pioneers were in the midst of tough times with back to back 0-10 seasons in 2017 and 2018, this had no impact on his decision to come here.

“I knew it was a losing program, but I wanted to come here to turn things around,” Reddick said. “I felt like I could make a change.”

A change he has certainly made. Reddick currently leads the New Jersey Athletic Conference (NJAC) in rushing yards (549) as well as in rushing touchdowns (6).

Head Coach Dustin Johnson believes that Reddick’s acceleration and speed have been key to his success.

“He’s not only quick, but his acceleration from A to Z is unbelievable,” Johnson said. “Once he puts his foot down and makes a decision, he’ll be by you in a heartbeat.”

Unlike Reddick, Marcel Mason has been with the Pioneers for awhile now. The junior tailback has a similar style to Reddick– a one-cut back who uses his speed blow by defenders.

Mason feels as if he and Reddick can stack up against any running back in the conference.

“If you ask me, both of us just as good as any running back in the NJAC,” Mason said. “We have special abilities just like they do, but if we go head to head with them we’d come out on top.”

He’s arguably been more productive this season then some of the primer running backs in the conference in terms of stats, as he currently stands in the top 10 in both rushing yards and touchdowns in NJAC.

Mason credits his training in the off-season, as well as his improved offensive line for his improved play this season.

“I put in a lot of work this past off-season on my explosiveness, and now I’m making more people miss tackles,” Mason said. “I’m also a lot more patient in my offensive line to [open up holes].”

Speaking of that offensive line, a big reason for the success of the Pioneers is the talent up front. Despite having three new starters this season, this has not slowed down their production, as they have consistently opened up holes for both Reddick and Mason.

Coach Johnson is very confident in his offensive line as of late and believes the future of this entire unit is extremely bright.

“I’m very pleased with the work and the bond that those guys have, and it’s a very healthy room for us right now,” Johnson said. [Most] of those guys are coming back for the next 2-3 years, and we are very excited about that.”

With teams knowing that William Paterson is now a run-first offense, this may be an issue to tackle later in the season as teams will try to scheme against the dynamic duo of Reddick and Mason. However, it seems like the identity of this team will not change anytime soon.

“We will continue to run the football, and teams know this so we won’t be surprising anyone,” Johnson said. “This is who we believe we are as an offense, a downhill run football team.”