The 10 Biggest Metro Sports Moments Of The 2010s

The 2010s were a decade of ups and downs for Metro sports. Here is what the DoubleGSports.com staff have said about the 10 biggest moments from the decade.

It happened again, for the second time in four years the Giants came into the Super Bowl as massive underdogs only to shock the world as they defeated the Patriots 21-17 to become Super Bowl champions. The Giants set a new record for the lowest regular season record (9–7, win percentage of 56.3%) by a Super Bowl champion. The Giants offense was highlighted by Victor Cruz who salsa’d all over the competition all year long. The Giants defensive line of Osi Umenyiora, Justin Tuck and Jason Pierre Paul caused headaches for opposing offenses all season long and the Super Bowl was no different. Steve Weatherford had the best game of his career (4 punts for 163 years) and it helped keep the Patriots explosive offense from getting going. In what will forever be considered one of the worst decisions in Giants franchise history, the Giants made a monumental mistake when they decided to move on from Tom Coughlin. Coughlin was giving very little to work with from a roster perspective in his last two seasons as head coach and yet he was made the fall guy. When the Giants ushered Coughlin out of the building, along with him went their winning ways. How long will it be now until the Giants return to glory? 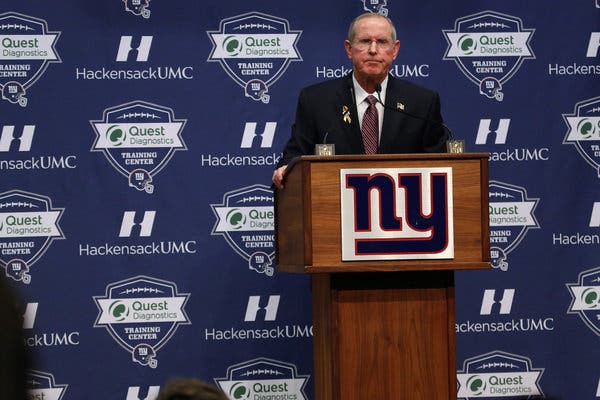 The old saying is that New York is a National League town and that was on full display in 2015. In one of the most unlikely runs of all time, the Mets made it to the 2015 World Series. They were led there by dominant pitching from the Dark Knight Matt Harvey, Jacob deGrom and Jeurys Familia as well as the amazing offensive heroics from Yoenis Cespedes and rookie Michael Conforto. It was truly tears of joy for the Mets that season and Wilmer Flores will always remain near and dear to the Mets fans hearts. The Captain David Wright returned from injury and played a major role in getting the team to the World Series. 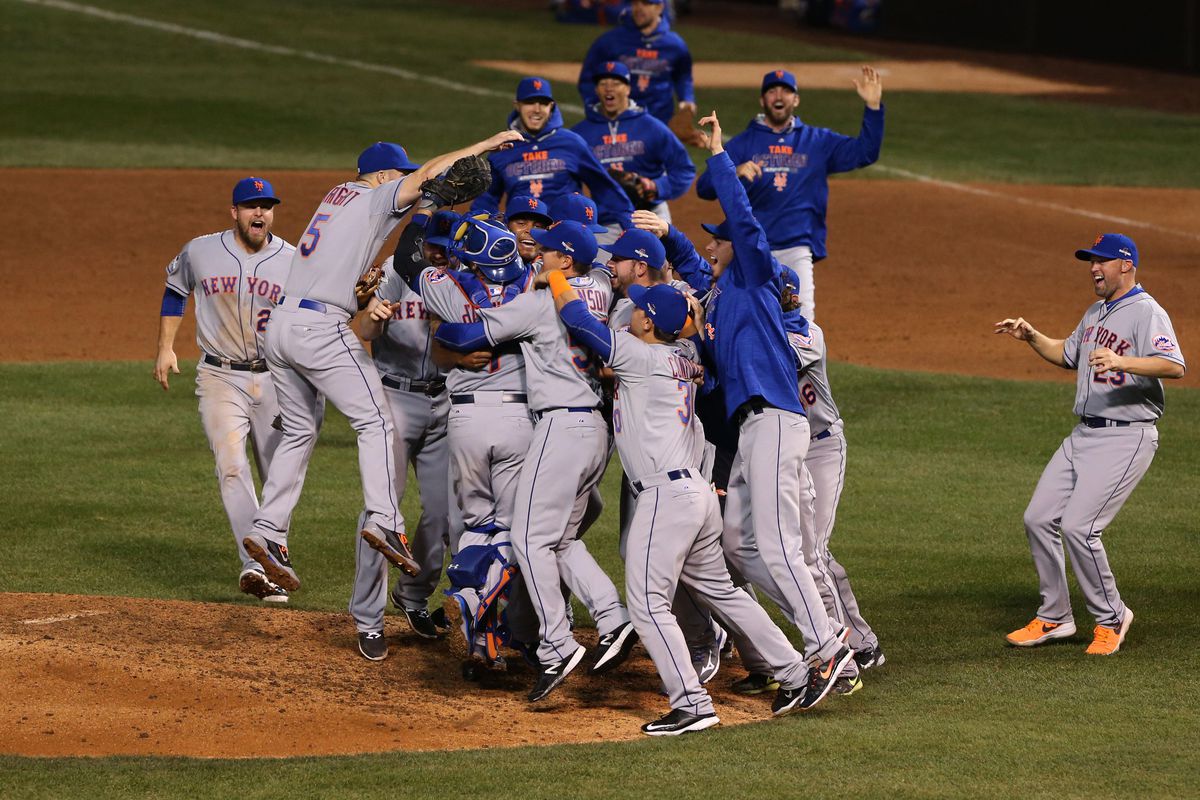 In 2019, Pete Alonso brought excitement back to Citi Field, the likes of which had not been seen since 2016. Alonso was the Mets best offensive player since Opening Day and put it on a display to the whole world when he won the Home Run Derby. He then went on to break the Mets single season home run record of 41 (held by Todd Hundley 1996 and Carlos Beltran 2006) and the Major League Baseball Rookie Home Run Record of 52 ( Aaron Judge 2017) all while leading all of baseball in home runs with 53. 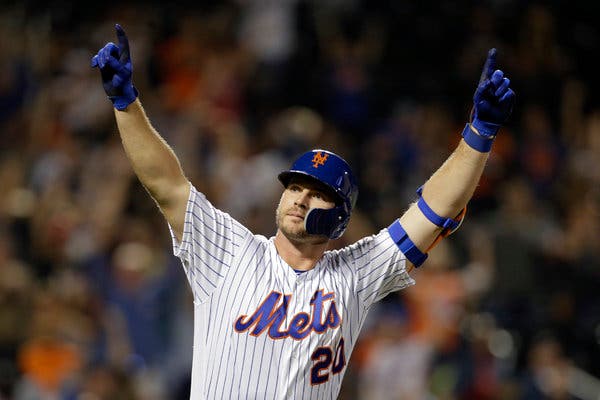 The Core Four of the Yankees was one of the most impressive assortment of players any organization could have.  Jorge Posada, Derek Jeter, Andy Pettitte and Mariano Rivera played together for nearly 17 seasons, making them the most tenured foursome in sports history.

Posada hung up his cleats in 2011, while Pettitte and Rivera officially did in 2013.  Derek Jeter finally hung them up in 2014 after an extremely
humbling farewell tour.  Together the four won five World Series.  All four have their numbers retired in Monument Park and Rivera is the first Hall of Famer to receive a full 100% of the votes.  Jeter may follow suit this upcoming year.

With the Core Four leaving, a new future captain made his mark at the 2017 Home Run Derby.  Aaron Judge, a highly touted prospect whose stature was larger than life, burst into the scene in the Bronx and along with Gary Sanchez mashed his way to a then record 52 home runs in his rookie season. This all culminated with a win in the 2017 Home Run Derby and a run to Game 7 of the ALCS. 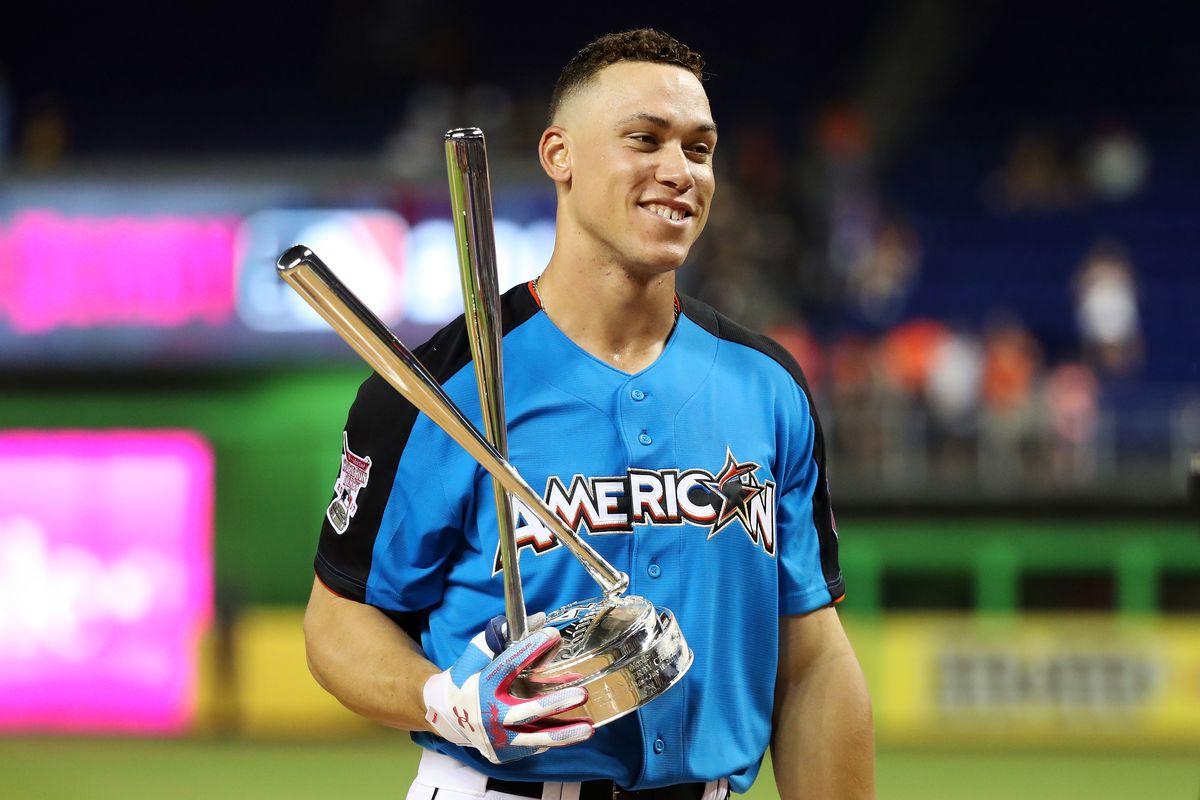 Jeremy Lin burst onto the scene in New York after being an afterthought on the Knicks bench for most of the 2011-12 season.  Linsanity was one of the craziest things ever experienced at The Garden.  A complete unknown Asian-American guard took the NBA and the world by storm.

Traffic at the Knicks’ shop grew by 3000%.  Jeremy Lin became the most popular player on the team despite having stars such as Amare Stoudemire, Carmelo Anthony and Tyson Chandler.  Linsanity culminated with a 38 point performance in a win over Kobe Bryant and the Lakers, and a step back game winning three in Toronto.  We will never see anything like Linsanity again. 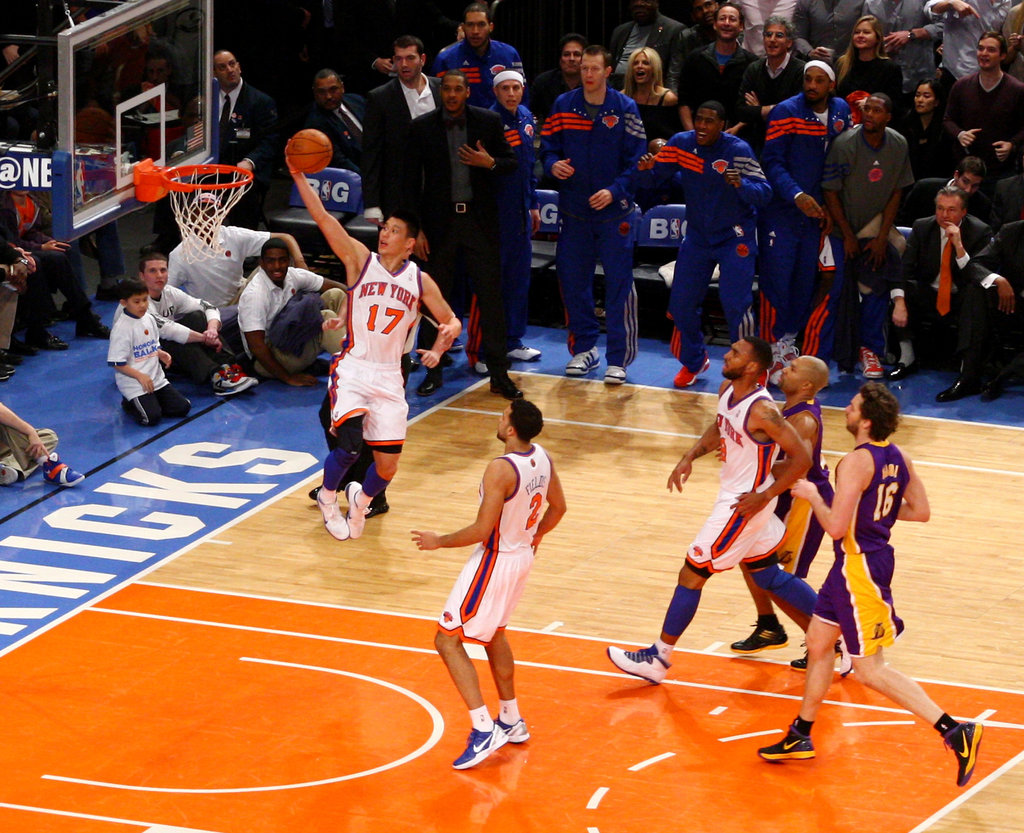 Johan Santana had just come back from shoulder surgery and was working his way back into a groove.  On June 1, 2012 all of that changed, as Santana pitched the only no hitter in Mets history against the St. Louis Cardinals.

It took Santana 134 pitches but he got it done thanks to great defense (Mike Baxter’s catch) and a little luck (Carlos Beltran’s foul ball down
third base).  Unfortunately for Santana, the no hitter may have cost him his career, as he was never the same pitcher after that.  Either way, he’s
officially in the history books. 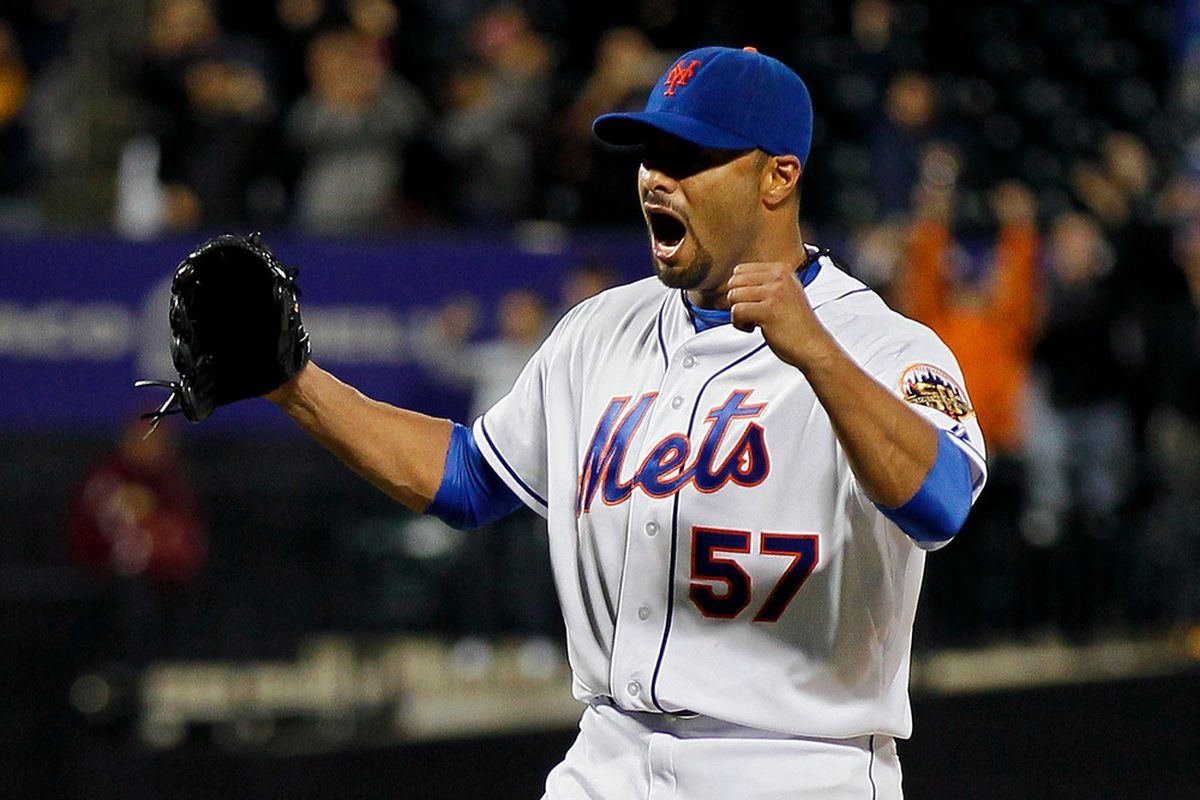 A 2013-14 magical run to the Stanley Cup Finals for the New York Rangers left no doubt in everyones minds that Henrik Lundqvist is one of the greatest goalies of all time. The Rangers were led offensively by Rick Nash, Derek Stepan, Mats Zuccarello, Chris Kreider and Martin St. Louis. In Alain Vigneault’s first season as Rangers coach, he guided New York to 96 regular season points.

The Philadelphia Eagles were a cursed franchise.  After multiple failed seasons and heartbreaks between Dick Vermil and Andy Reid, new Head Coach Doug Pederson had to figure out a way to finally get over the hump.

He found that way in backup quarterback Nick Foles.  After Carson Wentz went down with a season ending injury, Foles stepped in and led the Eagles to an improbable Super Bowl run.  It all came to fruition on the “Philly
Special”, a trick play from tight end Tre Burton to Foles in the back of a wide open endzone.

Jay Wright was the guy, coming from Hofstra, that was supposed to bring Villanova basketball back to prominence.  After years of subpar production, Wright got his team to buy in twice and win the ultimate prize.

The first title in 2016 Was special, as it was the first title they won since 1985.  It was also done in a very special way.  After North Carolina
tied it up with just seconds left, Kris Jenkins of Nova took a pass and heaved it into the net, sparking a giant celebration and a 77-74 buzzer
beater championship.

The 2018 win was a little less dramatic, as the Wildcats handled Michigan with much more ease.  It doesn’t matter how they did it, it just matters that they did it.

Mike Francesa can’t seem to get out of his own way.  The longtime radio host for WFAN decided to hang it up in December of 2017.  Just five months later and he was back for more, thrusting CMB out of their Afternoon drive time slot.

After another two years of sinking ratings, Francesa was officially off the air again.  Only this time, it wasn’t under his own power.  Although Numbah One [sic] has been at the top for 30 years, starting with Mike and the Mad Dog, he has been relegated to Radio.com where his Mike’s On app lives on…..for free. Mike will also continue to be on WFAN Monday through Friday from 6pm till 6:30pm. Rex Ryan Lives It Up In New York

Rex Ryan came in like a lion, and out like a lion.  The former defensive coordinator of the Ravens became the hottest coaching hire for the New York Jets in 2009.

Ryan took the Jets to two consecutive AFC Championship games in ’09 and ’10.  They even took down the mighty New England Patriots.  Ryan was the talk of the town for a long time.  Unfortunately it wasn’t all good.

From the foot fetish videos to the outrageous quotes, there was never a dull moment during the Rex Ryan era.  Probably a top two head coach in team history, Ryan left an everlasting mark on the Jets.  It was always a whirlwind but when Ryan was fired in 2014, he gave the team and the fanbase the boost they needed. 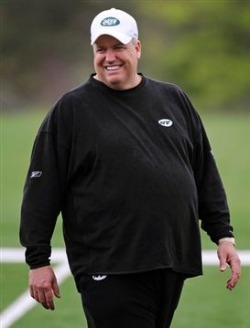