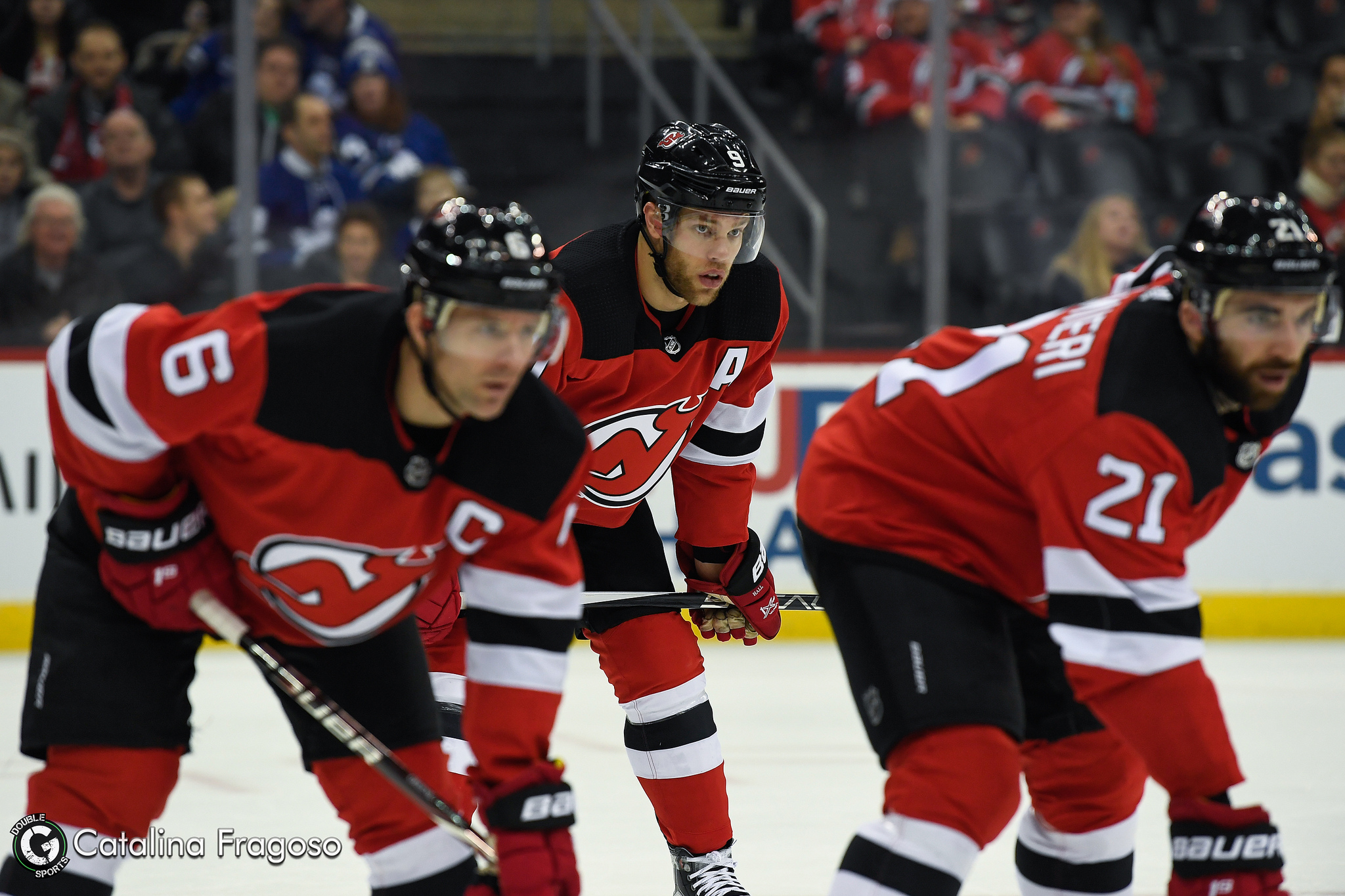 Let’s just say that December has not been one to remember for the New Jersey Devils. Prior to Friday night’s matchup with the Ottawa Senators, the Devils had won just two of their last 12 games. Four of those losses went into extra time, which added a point from each, and if we’re being honest with ourselves, the Devils need any and every point they can accumulate at this moment of the 2018-19 campaign. The team sits in last place in the Eastern Conference, with the Senators only 5 points ahead of them in the standings.

On paper this game looks like a dud. No milestones on the horizon for either club and two low ranked teams. Sounds like a crazy Friday night, eh?

The 14,614 fans showed up, and they got what they needed just before Christmas. They were loud, they were feisty, and they desired this win just as much as the team did.

At :59 of the first period, Miles Wood took a minor penalty for interfering with the goaltender, lending a power play within the first minute to the Senators. Seemingly this is not the best way to start, but when it’s coupled with a short-handed goal from Pavel Zacha at 2:03, the momentum can change, and it did.

“The guys were really focused in,” coach John Hynes commented after the game. “I thought the ability to come in, and get to a good start, and get the lead, to get the crowd into it, to get the building in your favor was certainly something that gave us an extra jump.” 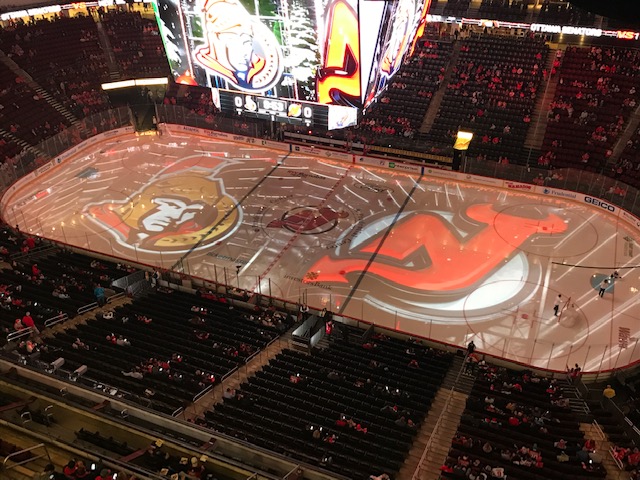 Hynes started Keith Kinkaid in net, a change from Thursday night’s netminder Mackenzie Blackwood, who made his first career NHL start in Columbus. “We had to come up big at certain times of the night, and at first outwork them on their power play. They have a pretty good power play, so it was tremendous,” Kinkaid commented on starting the game with a short-handed goal.

Halfway through the opening period, Kyle Palmieri scored his 18th of the season, with a beauty of a passing sequence from his top line counter parts, Taylor Hall and Nico Hischier. Those three combined for 9 points on the night, with Hall tallying 2 goals, and Palmieri and Hischier each with 1. When this line is dialed in, there is no stopping them. Their chemistry, speed, and skills are electric.

The two Senators goals, both scored by Matt Duchene getting his 13th and 14th of the season, and the remaining three Devils tallies were all scored in the second. It was a busy period littered with goals, penalties, and crazy saves from defensemen. Sami Vatanen shut down an open net opportunity for the Sens sparking a two-on-one rush with Palmieri and Hall, and just like that, Hall scored his second of the game, increasing the lead to 4-1. Words can’t even describe the scramble in from of the Devils net. This comes just 1:12 after he scored a power play goal to make it 3-1.

The idea of this game is momentum, just how to keep the winning momentum. “We kind of have to just use it as a blue print, we need to try to replicate that system. That emotional level, that urgency. We have to go out, earn the win, and get the win. Not just hope for the win,” Brian Boyle comments after the game. He was the only assist on Zacha’s first period short-handed goal.

Taylor Hall left last night’s matchup with 4 points. This is the second time this season where he has had 4 points in a game (2-2, 11/3 vs. PIT). He was the first star of the game. “Tonight wasn’t a game that we played out of our minds. We played within ourselves and found a way to jump on a team that was rested. Sometimes there’s some psychology that goes into it, and sometimes we can be a bit tentative as a team, but as you saw tonight, we just went out there and went for it. And that has to continue.”

The Devil’s host the Blue Jackets in a Sunday matinee at the Rock before taking a few days off for the holidays. Will their momentum and focus bleed into Sunday? I think all Devils fans are hoping this is the case, which potentially can get them out of the basement of the Eastern Conference.