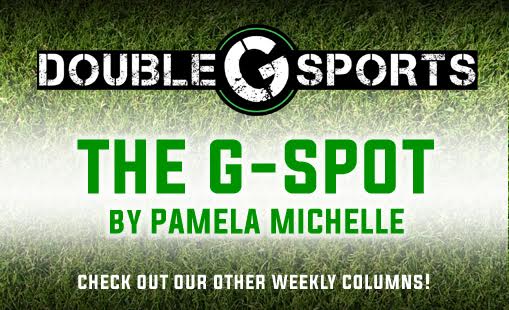 The G-Spot: Tebow Won’t Do The Dirty And Gets Dumped, Jordan Clarkson a Rap Star In The Making?

How important is sex in a relationship? Does it rate high on your list?

If you are former Miss USA and Miss Universe Olivia Culpo, and rumored to be dating Tim Tebow it is!

The rumored couple started courting in October after meeting in church. Apparently just a few short days ago the flame has gone out. Culpo broke off the romance because Tebow wouldn’t put out the fire burning in her loins!

Tebow’s virginity has been something everyone has been obessed with since he publicly stated while in college at a Gators press conference that he is saving himself for marriage.

Many people have questioned if Timmy is actually a virgin still. Most find it hard to believe that he infact is. So much so that while playing for the New York Jets, there was a million dollar bounty put on his virginity by escorting service Ashely Madison. The dating serivce claimed they would give anyone who could provide evidence that Tebow wasn’t a virgin a Million dollar pay day! Hence, there was no one that came forward!

Unless Culpo has been living under a rock the last decade she may not have been aware of Tebow’s virtue. Sorry, I have to call bullshit on it! My thought is this, Olivia wanted to do the impossible and bed the former QB. After being in a long time relationship with Nick Jonas, Tim was just the rebound she would need. Sadly for Culpo, the Lord gave Tebow the strength to not be blinded by her beauty, and resist the urge to merge under the sheets!

If you haven’t used the google machine to glance at Olive Culpo go do that now! After, you will be convinced of one of two things. Either Tim Tebow has incredible faith, or something many have had spirited debates over…Is Tebow Gay? You look and decide for yourself, rememeber however, much like Santa Clause…The Lord is watching!

From one story of craziness to yet another! Deep down there is a “Rap Star” in all of us just waiting to bust a rhyme! Kobe did it, Shaq did it, even Meta did it. They all dropped a Rap album. Next Laker to have such aspirations? Jordan Clarkson, after partying at an LA nightclub for his Laker pal Julius Randle’s birthday. Clarkson mentinoned to TMZ reporters that he’s kicking around the idea of heading into the studio to put some rhymes down! But and that’s a big ole butt!

There is a condition according to Clarkson. This will only happen once he wins an NBA title.

Well, if Clarkson is not going to be traded (which I don’t believe he will), the Lakers have a long way to go before they raise another banner. Guess that means by the time our ears have the pleasure of Clarkson dropping his skills on the mic and not on the court, he should have a novel of material. Be prepared for swish, dunk, and court skills..volumes 1-4.

At least Jordan Clarkson has the sense to put his Rap Star dreams on the back burner, for now.