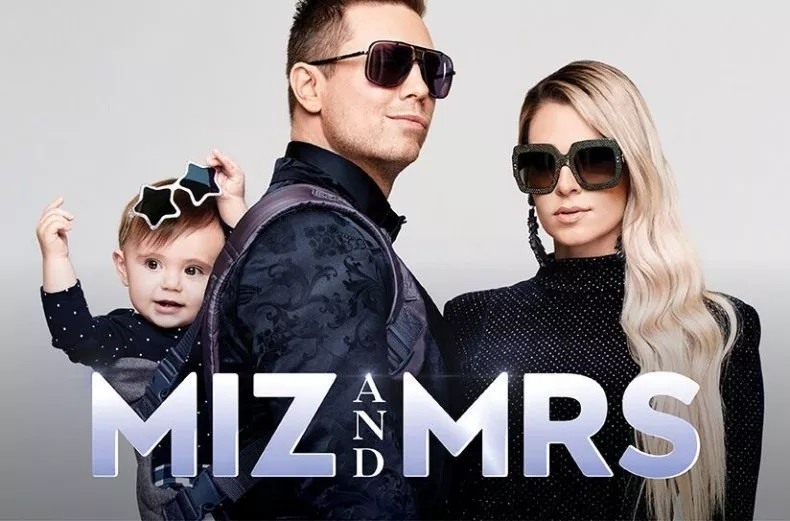 A WWE panel held on Wednesday about content strategy and entertainment was a highlight of Advertising Week’s jam-packed schedule of events.

A WWE panel held on Wednesday about content strategy and entertainment was a highlight of Advertising Week‘s jam-packed schedule of events.

Even more exciting was the length to which The Miz talked about his family, especially being able to spend more time with his two daughters, Madison and Monroe, during the COVID-19 pandemic.

“I taught my daughter how to swim during the pandemic. My daughter [Monroe] is two. She is two! My two-year-old jumped in the deep end and swam to me! These are things that are close to my heart and I don’t think I’ve ever been this excited for anything besides the birth…not even winning the WWE championship at Wrestlemania in the main event is bigger than seeing my daughter swim for the first time.”

The Miz Previews What’s to Come

Keeping his focus on family, Mizanin promised that the remainder of the second season of Miz and Mrs. will continue to reveal “a lot of shenanigans.”

He said, “Our show is based on the chemistry between my wife and myself. My wife is the most incredible, smartest woman I’ve ever met. She’s so determined. Every day I wake up in the morning and I go, ‘I cannot believe I’m this lucky to be with this woman.'”

The Miz also mentioned another memorable star of Miz and Mrs. — his dad. “My dad is retired and that means when your father, or parents, are getting retired they hang out way more than you really want them to hang out. My dad is a little nuts, a little cuckoo and you get to witness that each and every time on Miz and Mrs.”

“My dad gives me a hard time. Nobody understands my dynamic between my father and myself. His way of giving me love is basically making fun of everything that I do. Every Friday, after Smackdown, my dad always tells me, ‘Why aren’t you more like Kofi Kingston? Why don’t you jump off top ropes and do these high flying things like AJ Styles?'”

“I’m like, ‘Dad, you know what? Your genetics did not give me the gift to do the things that AJ Styles or a Kofi Kingston can do,'” Mizanin replied.

The Miz also confirmed that should Monroe and Madison ever decided to follow in their famous dad and mom’s footsteps as professional wrestlers in the WWE that they would have his full support.

“If that is their dream I will make sure that literally Monroe is cutting promos by the age of three. She’s already cutting promos on me, to be completely honest with you. She’s a nonstop talker,” he said.

The second season of Miz and Mrs. picks right back up where it left off November 12 on USA.