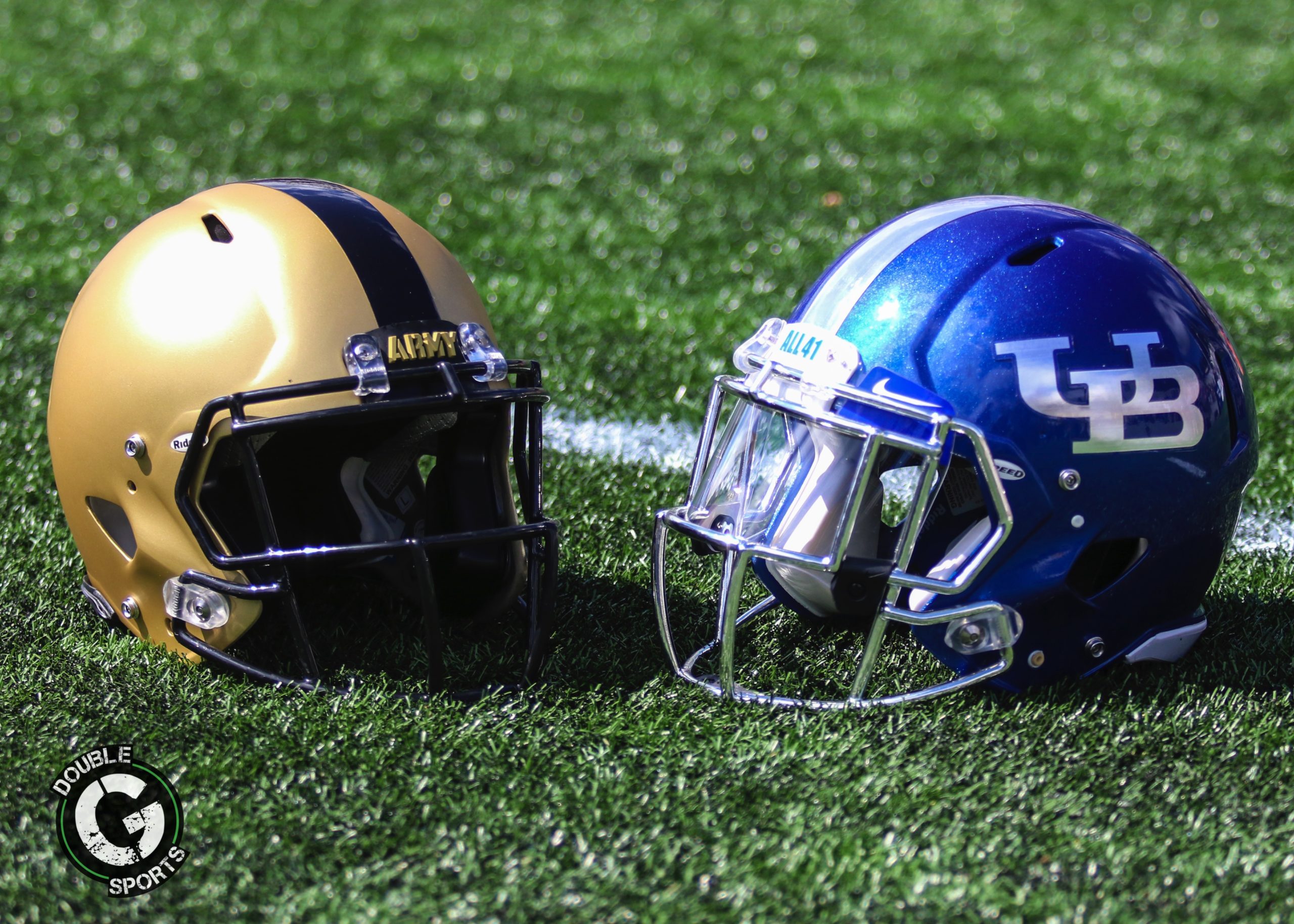 Since I have already covered the best conferences in CFB and have vastly focused on the brilliance of its players, it is time for a piece about the best and most flashy college football helmets in America.

The ten uniforms and helmets featured on this list are nothing short of a showstopper and, when worn on Saturdays, make your jaw hit the floor. By the end of the article, I will determine who has the nicest cap in the entire nation.

Let’s start off with a classic look. It’s one that has made very few changes over the years and has a pristine simplicity that can only be described as elegant.

The gold helmet worn by the men of Notre Dame is a tradition that dates back to the mid-1900s. In 1964, a man by the name Ara Parseghian decided that Notre Dame’s uniform needed to transition to a traditional look by removing decal numbers that were previously displayed on the helmet. Since then, the Fighting Irish have worn the same plain gold helmet, coated with a fresh paint of 24-carat gold — allegedly — each week for the past 57 years.

Want to talk about a simple, yet badass, helmet? For starters, this is a white helmet I am an absolute sucker for. A good white helmet can make a uniform pop in more ways than one. It can be one of the cleanest looks in sports, period.

Additionally, LT does a really nice job here of using a red, white and blue color scheme to complement the white base of the helmet. However, what makes this helmet truly special are the letters of the helmet, that spell out the University’s abbreviation. You have a bold red “T,” which is overlapped by the shape of the state of Louisiana, which forms the letter “L.” That is so freaking good.

This one’s pretty obvious, right? I mean, how can you not be enamored by the baby blue color that is presented by the University of North Carolina. As a Duke basketball fan, I am not too fond of UNC, but at a certain point, you have to respect greatness.

The green wave of Tulane. What a fun name. With a mascot like that, the makers at Nike had the responsibility of giving this program some Grade-A helmets. And to their credit, they delivered.

Last season, during Tulane’s opener, the Green Wave debuted one of the cooler helmets I have ever seen. It was a giant, alive green wave plastered on the side of a white helmet, complemented with a baby blue face mask that really made the helmet stand out. It was a really fun, unique concept that I felt was good for the modernization of college football helmets.

Give a dog a bone, they sit. Put a dog on a helmet, make the list for the nicest helmets in CFB. Look, these helmets are sick just by the sheer fact that there is literally a bulldog, plastered on the side of a white helmet. What is more intimidating than that?

UAB has a dragon on the side of their helmets that spits out fire. Do you know how hard it was for me to NOT put this at #1?

In 2017, during UCF’s perfect season, the Golden Knights debuted a set of black helmets that I will never forget. What made the helmets so special was that inside the UCF lettering across the side of the helmet, were action shots of the players that were taken throughout their perfect season. It was a nostalgic homage that both the players and fans embraced with open arms and sincere gratitude.

The helmets were to be never worn again, but for that one afternoon in late November, we all got to see just how special a piece of equipment can mean and just how momentous of an impact it can have on a group of men.

Every player has done their part to get us where we are.

Those moments captured in time on their helmets ⚔️#WarOnI4 pic.twitter.com/W9ksATjMRN

Before I jump into this helmet, let’s talk about TCU’s mascot, the horned frog. By the way, this has to be one the coolest nicknames in all of college sports. Like what the hell even is a horned frog? I don’t know and I don’t care.

When talking about this helmet, you have to talk about the finite details that go into making it work. If you look closely at the base of the helmet, you can see that someone meticulously sculpted little scales into the design to make it not only look like frog skin, but also create a beautiful pattern. Along the side of the helmet, there’s a white TCU logo to go along with a white horned frog mascot directly beneath it.

As you move to the back of the helmet, you see an American flag sticker, a Big 12 sticker,  and the player’s number. I don’t know why, but I find the American flag on a helmet to be very patriotic and I love it. Overall, this helmet has everything you could ever want. It is creative, unique, smooth and sleek.

And the best college football helmets goes to…..

In preparation for the historic rivalry, Under Armour hooks Navy up with new uniforms before each contest as Nike does the same for West Point. It has become a newfound tradition that fans far and wide have looked forward to leading up to the big game. The “game before the game” has become about which team will debut the better uniform or release the better uniform reveal video.

In 2017, as the Naval Academy ran out of a snow-covered tunnel at Lincoln Financial Field, they could be seen rocking special baby blue helmets that gave a tribute to the famous “Blue Angels.” For those who may not be aware, the Blue Angels are a flight demonstration squadron that was formed in 1946 by the United States Navy. The baby blue-colored helmet featured different Naval planes that The Blue Angels fly and are one of the nicest looking helmets you will ever see.

Sweet helmets Navy will wear as part of Blue Angels uniforms vs. Army on Dec. 9 pic.twitter.com/kPcgkouIBo

So there you have it. The best college football helmets, at least in my eyes. Think a team got robbed? Probably not, but let me know what you think anyway.