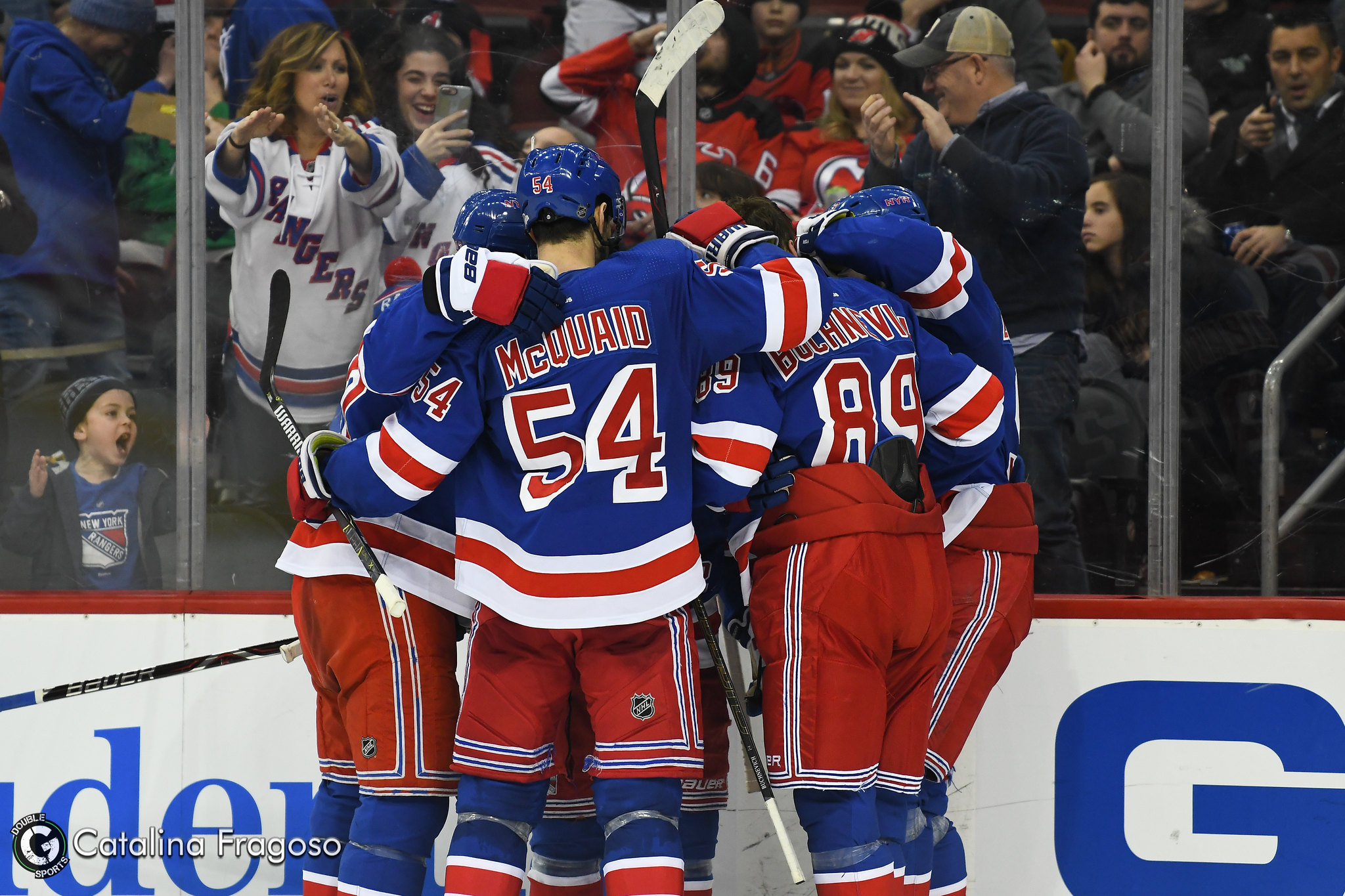 The Top-Four Prospects in the Ranger Farm System

Hey, hockey fans! The National Hockey League season has been paused and it is still not clear if it will return this year. However, there is the future we can think about while the sports world is at a standstill.

Here is a guide to the best prospects in the Rangers farm system.

The 6’5, 210-pound defenseman signed a three-year, entry-level-contract with the Rangers on Mar. 16 . The 20-year-old Minnesota-native scored seven goals and had 11 assists in 36 games for the University of Wisconsin in the 2019-20 season. Miller’s seven goals tied him for the most among college defensemen, who were 20-years-0ld and younger.

One example of Miller playing better competition than he has in the NCAA was at the World Junior Championships last May. Going into the tournament, Miller had racked up six goals in 10 games for the Wisconsin Badgers. Fans were expecting Miller to announce his presence on the scene in this tournament. What the big man mustered was two assists and a plus-one, which is not great.

Moreover, let us take a look at his skill-set. At six-foot, five, 216-pounds, Miller is biggest d-man in the Blueshirt prospect pipeline. He may be huge, but he skates with poise and agility. Miller may not be putting up the points that some other Ranger prospects are. Still, he definitely has the size and potential skill to be a dynamic two-way d-man in the NHL.

At 5’11, 174 lbs., Lundkvist is a little undersized right now. So are Adam Fox and Anthony DeAngelo and they had no problem pushing there way into the top-ten in scoring for NHL d-men last year. Playing the last two years in the Swedish Hockey League (SHL), Lundkvist increased his point-total from just ten to 35 in 41 games, breaking the Swedish-league-record for most points by a d-man under the age of 20 last season.

The Rangers have two right-handed, offensive defenseman, in DeAngelo and Adam Fox. Lundkvist should be given ample time to develop his game against AHL-level competition before he is thrown to the wolves. After a great second year in professional hockey, Lundkvist is definitely on the Ranger’s radar. Reports indicate he might be signed to an entry-level-contract soon.

This 19-year-old was the Rangers’ ninth-overall pick  in the 2019 NHL Draft. Kravstov is blessed with a 6’3″-frame, but remains a little light at 189-pounds. Last year in Hartford, Kravstov only managed 15 points in 39 games last year. Kravstov scored on Thomas Greiss in the pre-season last year, which shows he knows he has to be near the net to score goals. That is good offensive instincts for a very young player.

Add good offensive awareness to his size and the Rangers could have a very productive player in the young Russian. He looks like he will be on the Rangers next year, but for now let’s put him third on this list of Rangers’ prospects.

The 20-year-old from Tampere, Finland significantly raised his point-production in 2019-20. Skating for TPS this past season, Pajuniemi scored 26 goals and added 14 assists en route to a 40 points, improving on the ten points in 44 games that he had the year before.

Right now, I have not heard that the Rangers are close to signing him. He is a player that is on the cusp of being a top prospect, but not quite as enticing as some others in the pipeline. If he can translate the same scoring-touch he found in Finland to Hartford, then he may just convince Head Coach David Quinn to add him to the Rangers who can always use more players that can score goals.

In recent years, the Rangers farm system has yielded them a variety of players. Some young prospects have found success in the NHL faster than others, but all the players who succeeded work hard and add a skill or quality to the line-up.

The Rangers will choose to add players from their farm system that can surround the core of leadership they already have. K’Andre Miller is a big, left-handed defenseman who also has offensive ability. Miller’s combination of skill and size are qualities that the Rangers do not have right now on defense. Lauri Pajuniemi is a goal-scoring center who could compete with players like Brett Howden in the future. The Rangers definitely have a variety of prospects to try and build a team that can compete for Lord Stanley’s silver in the future.

You Know I’m Right, Episode 2: The Show Must Go On (Audio)
The Covid Corner – First Edition