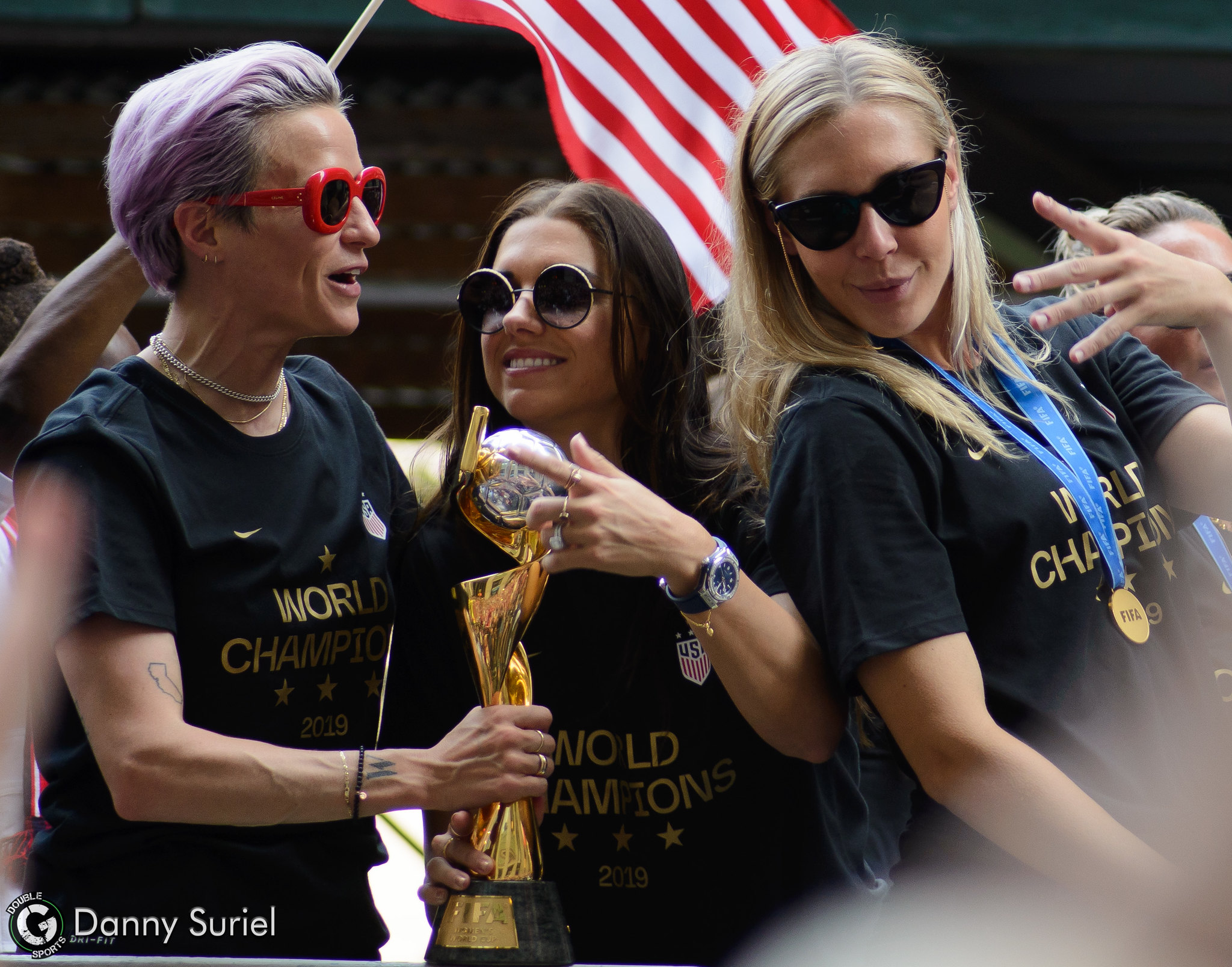 NYC held a celebration for the USWNT including a ticker-tape parade on July 10.

Once again, one of the biggest cities of the world is receiving the world cup champions with a ticker tape parade.

The ceremony at City Hall park had a little bit of everything, “boos”, chants, cheers, silence, confetti and unforgettable speeches. These group of women, the US Women’s National Team, are inspiring future generations both on and off the field.

“They serve as an awesome inspiration for young girls, who want to pursue their dreams,” said a supporter in the crowd named Megan. Her friend Emely added, “It inspires me to fight for equality.”

The ceremony opened up with Fogo Azul NYC group, who are a group of 90 women playing drums, but today there was only 40 of them performing. When I asked the leader of the group what it meant for her to play for the US Women’s National Team, she explained, “ It’s such a thrill, I love this team, I love the spirit, and I love that they just keep winning, it’s fabulous.”

“People like winners, but they like more, winners with a message,” New York City Bill de Blasio said.

When Megan Rapinoe spoke, she defended Carlos Cordeiro, arguing that, since he became the President of the US Soccer Federation he has always been on their side. “He was there in France with us, all the time. He was at the tunnel.”

Rapinoe ended the ceremony with a call to action speech…

No doubt this is a team that will be remembered forever. It’s also a team not everybody loves, but certainly not everybody hates.

The USWNT team victory tour will start on August 3 at the Rose Bowl Pasadena, California. You can buy your tickets here.