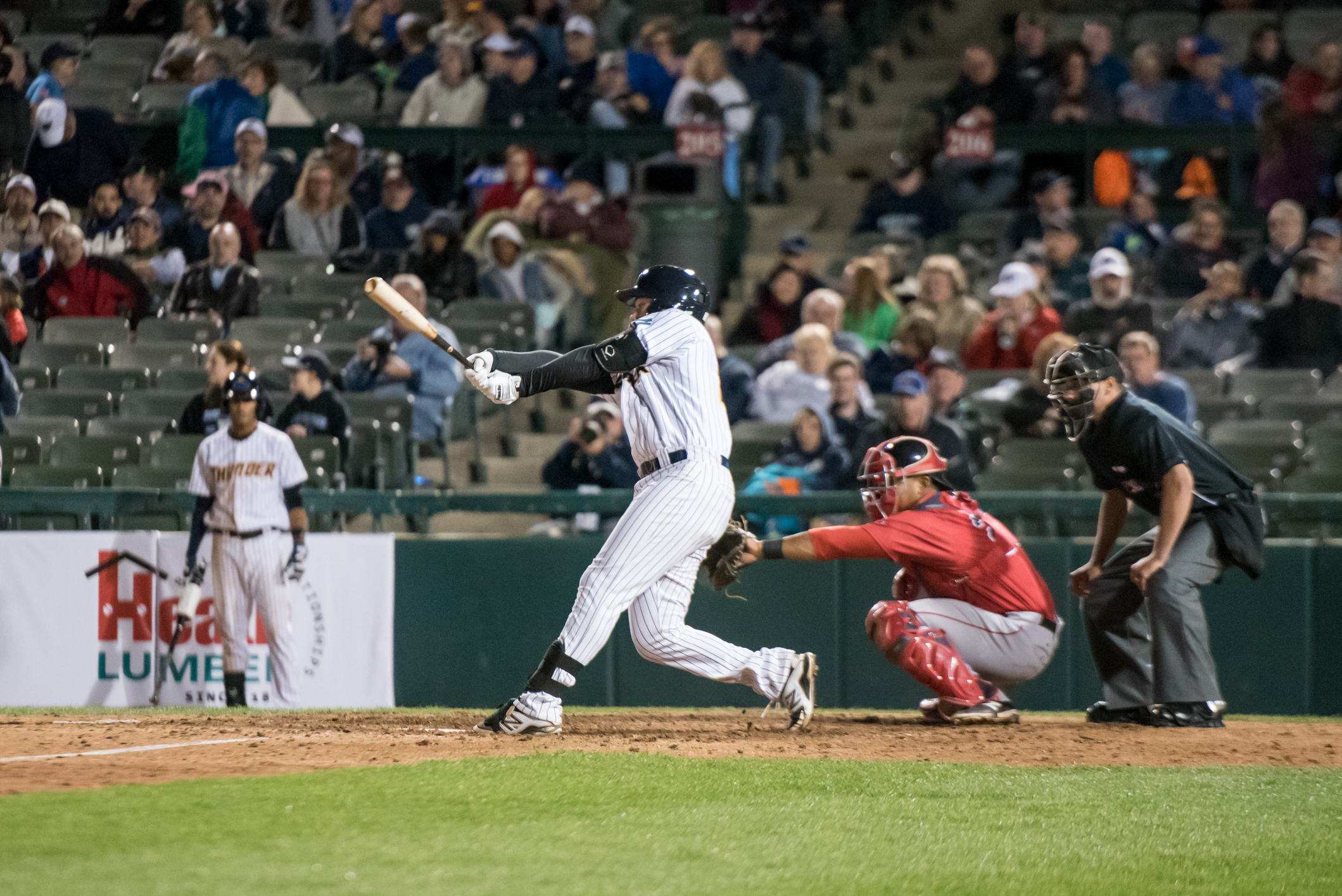 Thunder win a Pair before heading on Road

The Times of Trenton

After dropping the first game of the series, the Thunder came out strong Wednesday night winning the back-and-forth battle with the Reading Fightin’ Phils 6-5.

After making a throwing error at second resulting in Reading taking the lead away, Tony Renda redeemed himself hitting a two-run double giving the Thunder back the lead.

Although Renda did hit the winning double, his throwing problem at second poses as a concern for the Thunder.  Wednesday night, Renda made two costly throwing errors on routine plays.

Renda does not have a problem getting to the ball, but it seems that he falls into the trap of making the play mentally before catching the ball.

After being down 1-0, the Thunder scored four runs in the bottom third Wednesday night.  With no outs, Jake Cave ripped a no-out double to left scoring Cito Culver and Taylor Dugas.  Renda followed with a sac bunt, bringing up Greg Bird.  Bird drove in Cave on a 2-0 fastball.

The Thunder took the momentum from Wednesday into Thursday night as they defeated Reading 5-0.

Right fielder, Aaron Judge continued his offensive success driving in four of the five Thunder runs.   Judge went 2-for-3 with a double and a home run.  His first RBI came off a sac fly in the bottom of the first scoring Renda.  Dan Fiorito followed with an RBI single.

Unlike Wednesday, pitching was on Trenton’s side as righty Eric Ruth picked up his fifth win, throwing six shutout innings.  Ruth allowed five base runners and struck out three, lowering his ERA to 1.71.

Renda, Judge, Culver, Bird and Cave’s bats stayed hot in this home stand with Greg Bird reaching base in 33 or the last 36 games.