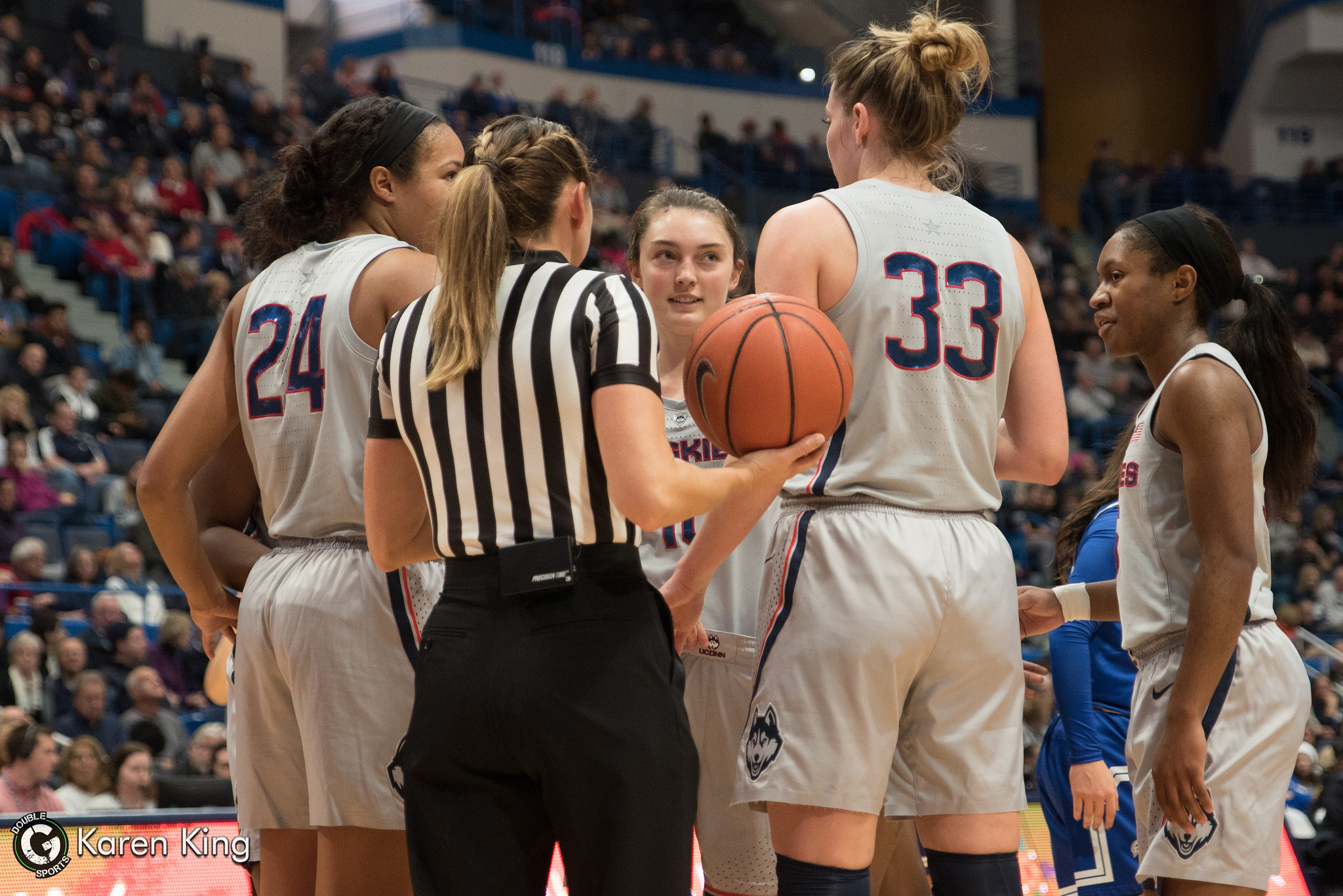 Napheesa Collier was named Most Outstanding Player of the American Tournament after averaging 28 points and 13 rebounds through the three games.

The UConn Huskies entered the 2019 American Athletic Conference Women’s Basketball Tournament as the No. 1 seed after finishing the regular season 31-2 overall and 16-0 in conference play. The Huskies had never lost in AAC Tournament play.

UConn is now 18-0 all-time in the American tournament.

The Huskies dominated the AAC all season, and that continued throughout the tournament. UConn outscored its tournament opposition (ECU, USF, UCF) 239-155 through three games. In Monday night’s championship game, the starting five contributed all 66 points.

Napheesa Collier was named Most Outstanding Player of the American Tournament after recording her third double-double of the tournament and 20th of the season with a game-high 25 points and 14 rebounds on Monday. Collier averaged 28 points and 13 rebounds through the three games.

The Huskies now await their seeding and destination in the NCAA Tournament. They are likely headed in once again as a No. 1 seed.