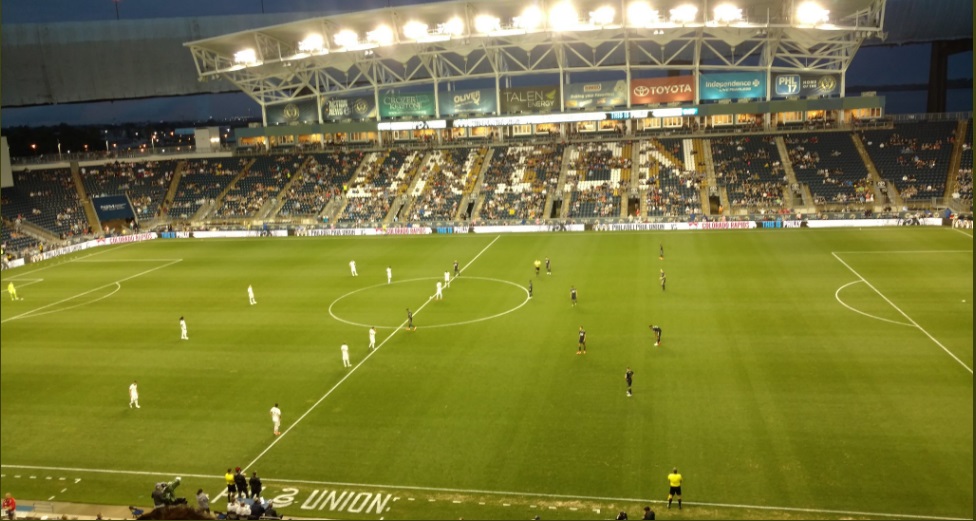 Union had chances in draw against Colorado

Chester PA: After a bad performance against Portland on Saturday, the Philadelphia Union tried to get back to their winning ways as they took on Colorado Rapids inside Talen Energy Stadium in Chester, PA on Wednesday night. Colorado headed into Philadelphia with a win over Columbus on May 25th.

We are currently in a 30-minute delay due to lightning in the area. We'll provide more updates as they become available.#Rapids96 | #PHIvCOL https://t.co/bnebX58YXA

The game would be delayed due to lighting in the area…

In the first half, the Union had some golden chances to score but just could not finish. They ended up opening the scoring in the 26th minute as Sergio Santos put home the shot on a breakaway off a nice pass from Jamiro Monterio.

When you score a goal like that certainly put on your dancing boots!#PHIvCOL 1-0 | #DOOP pic.twitter.com/0orsHAQtkR

Union would take a 1-0 lead at halftime.

In the second half, Union would try to make things hard for the Rapids, but could not do it as Colorado would start to take the play to them. They made them pay as the Rapids would tie the game at one in the 72nd minute on a goal from Jonathan Lewis.

How Colorado Tied the game at 1

Later in the game, the Union would have some very golden chances to take the lead. The best opportunity came in stoppage time from Kacper Przybylko, but he would miss the net by inches.

After the game, Przybylko would show his frustration by kicking the trash can on the way to the locker room. He knew that he should have scored the game-winning goal.

The game would end in a 1-1 draw, This was a game that the Union should have won, but instead, they just could not finish their chances to score.

The Union will now head on the road to battle Minnesota on June 2, while the Rapids leave Chester with a point. They prepare for battle with FC Cincinnati on June 1.