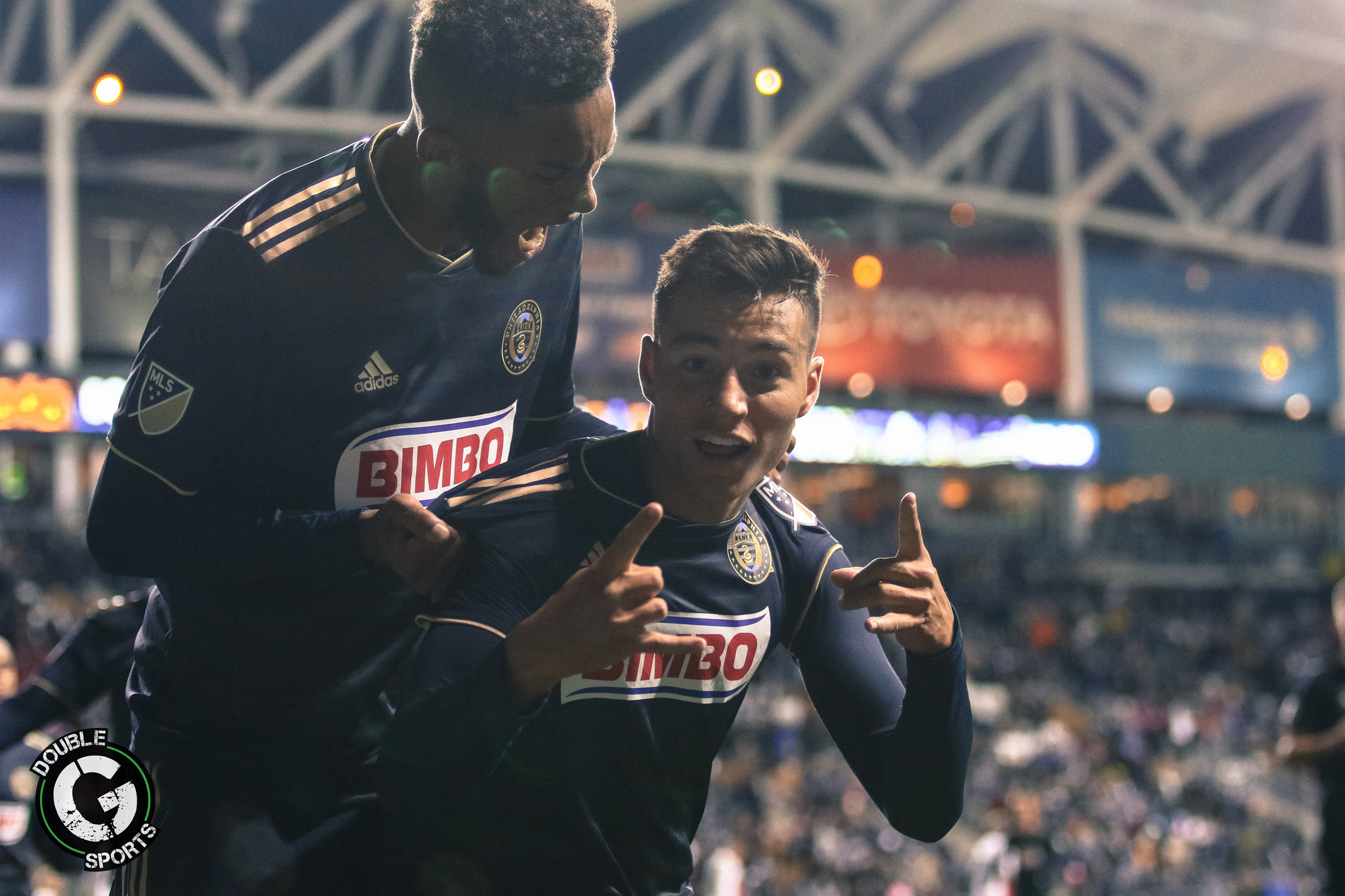 Union leave their mark on 2018 MLS All Star Week

Despite not having any players featured in Wednesday night’s MLS All-Star game against Italian powerhouse Juventus, the Philadelphia Union made their presence felt during this week’s festivities.

For the second straight year, the MLS All-Star Game was played without the mention of a Philadelphia Union player. No Andre Blake, no Haris Medunjanin, no… C.J. Sapong. Perhaps that last one was a bit of a stretch, but you get the point. While no Union players made the 26-man roster and they were one of only six teams without a representative, they’re well on their way to dominating All-Star games of the future.

Part of MLS All-Star Week is the Homegrown Game in which teams from across the league showcase the elites of their academy programs aged 24 and younger. On display were four Philadelphia Union teenagers; defenders Matt Real, Auston Trusty, Mark McKenzie, and midfielder Anthony Fontana. Defensive midfielder Derrick Jones, a starter in last years edition, could very well have made a fifth for The U.

Most players that feature in this match are reserves for their club or play in their club’s USL affiliate. Not one of them are staples in their team’s current setup, none of them have 21 starts in MLS this season, not many have notched an MLS goal in their debut at just the age of 18. All are accolades possessed by the four homegrown boys of the Union.

One thing each of the homegrown players have in common is that each got their first taste of the professional game in the USL with Bethlehem Steel. At just 17 years of age, Trusty made 20 appearances for the Steel. That same year he made three additional appearances for the Union, including the 2016 MLS playoff game against Toronto F.C. The 19 year old centerback from Media, Pennsylvania has logged 21 starts for the first team and is the only Union player to have played every minute of the 2018 season to this point. Not bad for a kid playing a position dominated by older, more experienced players.

Fontana, much like Trusty, got an early taste of professional soccer in the Lehigh Valley. Before his 17th birthday the attacking midfielder had eight appearances for Bethlehem and was just getting started. Earlier this season in the opening match Fontana got his chance to prove his worth to the first team and did not disappoint. On March 3rd against New England, Fontana made his MLS debut as a substitute and picked up his first goal in the process. Hampered by a hamstring issue, regular time has been difficult to find for the teenager. He did start in Philly’s 5-0 U.S. Open Cup rout of Richmond where he scored the third for the boys in blue.

In this year’s edition of the Homegrown Game against Tigres’ U-20 team, Mark McKenzie came on as a second half substitute and had the honor of wearing the captain’s armband. Bronx native McKenzie has contributed greatly to his Union side along the way to this honor, making 13 starts and proving himself to be a viable starter alongside fellow Homegrown Auston Trusty.

Unarguably the least experienced of the four is leftback Matt Real. Real only has three games under his belt for the Union and all of which came during Fabinho’s spell on the sideline due to injury. Even without as much experience as the other Homegrown players, Union fans might be most optimistic about Real. He is viewed by many as the future at his postion, for both Union and even U.S. Men’s National Team. Unfortunately for Real there just isn’t an immediate need for coach Curtin at the position. The upside is there, however.

It’s disappointing for fans to not see their favorite Union players in one of the highlights of the MLS season but the Union may be one of the real winners of this All Star Weekend. The future is bright for this Union side and you shouldn’t be the least bit surprised if we saw all four of these Homegrown players in an All Star Game in the future.