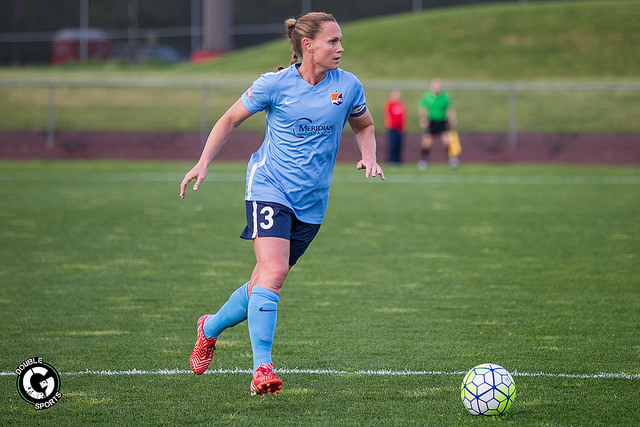 After 19 years, starting 272 games, and with 311 caps, Christie Rampone will be honored by the US Soccer for her legendary career with the Women’s National Soccer Team. Close to her hometown, Point Pleasant, NJ, in a ceremony that will take place at the Red Bull Arena in Harrison, NJ before the U.S Women’s Soccer Team takes on England, on March 4 for the SheBelieves Cup tournament, Rampone will officially say goodbye to the USWNT.

“I really couldn’t have asked for more from my career with the National Team, not only on the field but also in the relationships I made and the life experiences I was fortunate enough to have,” Rampone said. “As a young girl, I never imagined the things I would get to see and the amazing people I would meet. I’m looking forward to celebrating with friends and family in my home state and seeing the team play England. There are some fantastic young players as well as many of the veterans I played with leading the team, so I know it’s in very good hands.”

Christie Rampone grew up in Point Pleasant, New Jersey and attended Point Pleasant Boro High School, where she was a star athlete in soccer, basketball, track and field hockey. After high school, she attended Monmouth University in West Long Branch, New Jersey on a basketball scholarship, while also excelling in soccer and lacrosse. In fact, Rampone was a high-scoring forward at Monmouth by the time she reached her senior year.

In January of 1997 and while on her senior year of college, USWNT then head coach Tony DiCicco, called her to the National Team. After training camp tryouts as a defender in San Diego, CA, Rampone made the roster and was headed to Australia that year. 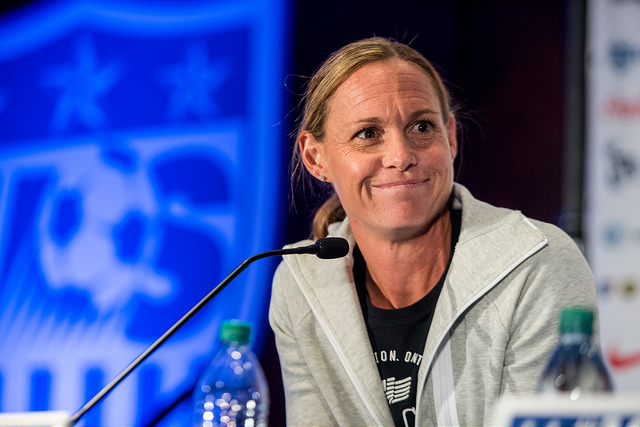 A Soccer Legend was Born

On July 5, 2015 and at the age of 40, Rampone became the oldest women to play in a FIFA Women’s World Cup. Not to mention, the U.S went on to winning the World Cup too.

“Christie Rampone is a fantastic role model as a teammate, a professional and a mom,” U.S. head coach Jill Ellis said. “She was always humble and always focused on the team first. She was a great leader and competitor for this team for so many years, and her contributions to women’s soccer on many levels will always be remembered and appreciated. One of my best memories from the 2015 World Cup was seeing Christie on the field at the final whistle. It was so appropriate for her to finish as a champion because that’s what she truly is.”

“I’ve always enjoyed intense competition, and with the U.S. team I got to pursue those goals at the highest level, which is part of what kept me going for so long,” Rampone said. “I am very thankful to all the coaches I played for, especially to Tony DiCicco for giving me that first chance, and I am especially thankful to all my teammates. They are inspiring people who helped a shy girl from the Jersey Shore grow as a person and a player and gave her enough confidence to one day be the captain of her country. They are truly my sisters. We went through so much together over the years, all the wins and some tough loses, but we always kept competing, and that’s something I’ll always cherish. To get to stand on top of the podium so many times with them was just amazing.” 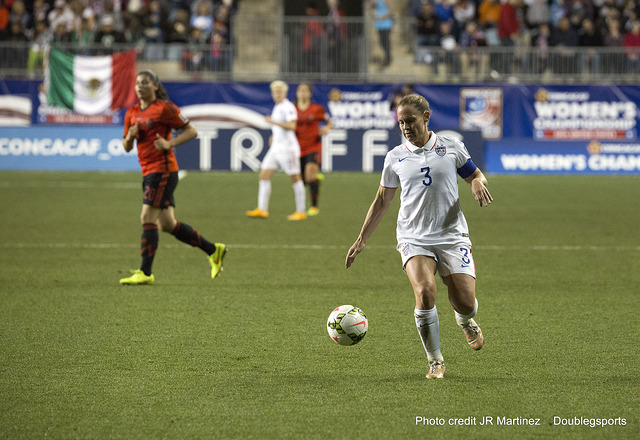 Although Christie Rampone’s final match with the USWNT was in September of 2015, after winning the Women’s World Cup that year, she is still active in the soccer scene. Since 2013, Rampone has been playing as a defender for New Jersey’s Sky Blue FC, in the National Women’s Soccer League.

Bow down to the Eater of Worlds: Bray Wyatt wins the WWE Championship at Elimination Chamber
100 and counting: How both UConn and South Carolina look to move on from Monday