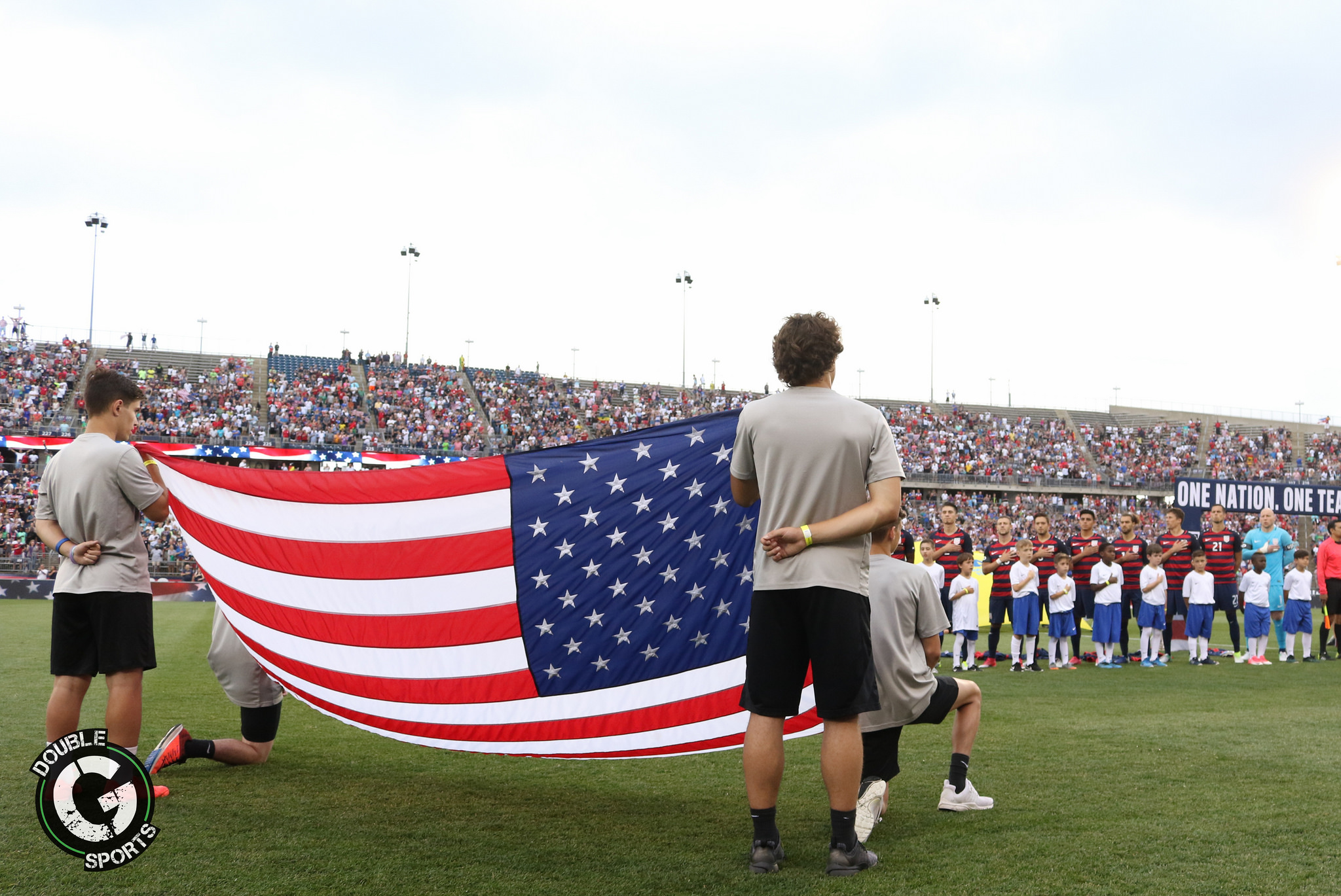 East Hartford, CT – Tuesday evening, the USMNT faced off against Peru with 24,959 people in attendance at Pratt and Whitney Stadium. Peru is the third and final South American country the USMNT will face in their kick-off series before heading to Europe. Peru made the last World Cup but did not get out of the group stage.

Two NYCFC players faced against each other as starters. Alex Callens started for Peru and Ben Sweat for the US.

A 4-1-4-1 formation was used for the US in this game and three players earned their first caps. The US lost their last game against Colombia 4-2. The Colombian team pressured the US, and displayed a superior ability to finish.

Peru started the match Tuesday, displaying amazing speed against the US in the first 23 minutes. Peru showed up very aggressive during the first half and in some aspects it was hard for the USMNT to keep up as the Peruvians kept approaching American territory. 28 minutes into the first half and Peru continued being aggressive as Nilson Loyola attempted a far distance goal but shot the ball over the goal post.

USA kept making small mistakes that caused the ball to end up in Peruvian possession, and they suffered a few close calls in the first 30 minutes of the game.

Josh Sargent scored the first goal of the night for the US in the 48th minute. This marked his fifth appearance and second goal for US team.

“The kid is moving in good direction, the moments that came to him he took pretty well,” said coach Sarachan on Sargent .

Tim Weah who had been having a good match despite suffering a lip injury, was taken out in the 2nd half.

When asked about Weah after the game, Sarachan said, “I think he’s got some versatility where he can play in the left and play in the right. I think he’s growing and has got a lot to learn but is getting to learn about the speed of play at this level.His games have been pretty solid.”

After the game, Weah also explained how he’s been preparing for games. “I’ve just been working hard each camp, each training session trying to get better and trying to get much more comfortable than I was before,” he shared.

Micheal Bradley was put in the game in the second half. Yesterday marked just over a year since the US suffered the loss against Trinidad and Tobago where Bradley was part of the squad and received criticism for contributing to the loss that ended hopes of the US making this past World Cup.

In the 86th minute, on a slight distraction from Yedlin, Peru found an entrance to score their first goal of the night tying the game (1-1). Peru was instantly brought back to life as this occurred and they attacked the US with full force as the game came to an end. The game concluded at that, (1-1).