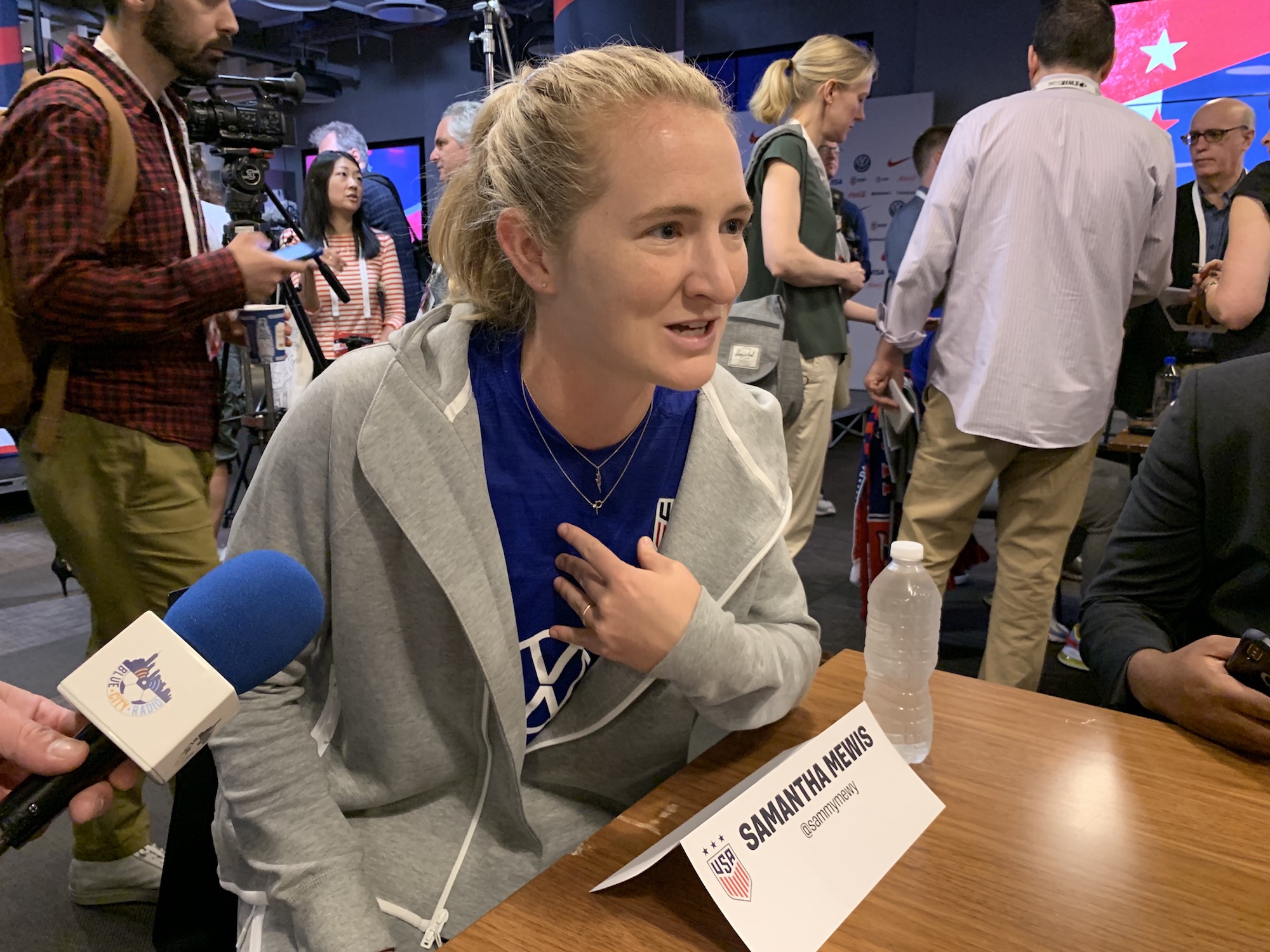 NEW YORK – When midfielder Sam Mewis of the United States Women’s National Team injured her knee in November 2017 against Canada and missed the SheBelieves Cup, she turned to meditation to help her stay in the present moment.

With the extensive travel miles the team endures from playing games in California, New Jersey and more, Mewis mentioned that meditation was incredibly helpful while on the road.

“A lot of times my life is very busy,” Mewis said at the team’s media day. “Amid all of the travel and the training just using [meditation] has been really helpful to have a moment of calm for me.”

Just a small part from my chat with @sammymewy on meditation and focusing on staying in the present moment at today’s #USWNT media day!#WorldCup2019 pic.twitter.com/SIesyOb3dD

For many athletes, being mindful of the body and surrounding environment  can be extremely beneficial when it comes to the grind of a season. Mewis touched on some of those benefits.

“I use Headspace [a popular meditation app that partnered with US Soccer] a lot. I use it while I’m on the bus to training,” Mewis said at the team’s media day. “It lets me push everything else aside in order to focus on what’s coming up in training. For me it’s good to maintain a sense of calm and forget about distractions. It’s been a good tool for me to use.”

When asked about some of the benefits meditation can have for other athletes, Mewis talked about how it can help their recover and even improve their sleeping habits.

“Using some of the skills I’ve learned from meditation, it can – instead of spiraling down and continuing to make mistakes – act as a reset for you,” Mewis said. “I think I’ve been able to learn how to use that more outside of my practice and in my actual life.”

Mewis is not the only member of the team who uses the meditation to her advantage. Forward Carli Lloyd, who will be playing in her fourth World Cup, has been practicing for seven years. Lloyd said she has been big on the visualization aspect and recalled a moment from the 2012 London Olympics. She said that this is the sharpest and strongest she has felt in a long time heading into a major tournament.

“Being benched right before the 2012 Olympics [in London] I remember one night before dreaming of scoring the winning goal against France in the opening game. I came on and we were losing 2-0 … then I scored the winning goal 3-2,” Lloyd said. “Visualizing does work. I’m a big believer in it and I haven’t stopped. My mind is always consumed with thoughts and feelings and things I want to see myself doing.”

The national team has its final international friendly match on May 26 against Mexico before they fly out to France for the 2019 World Cup.